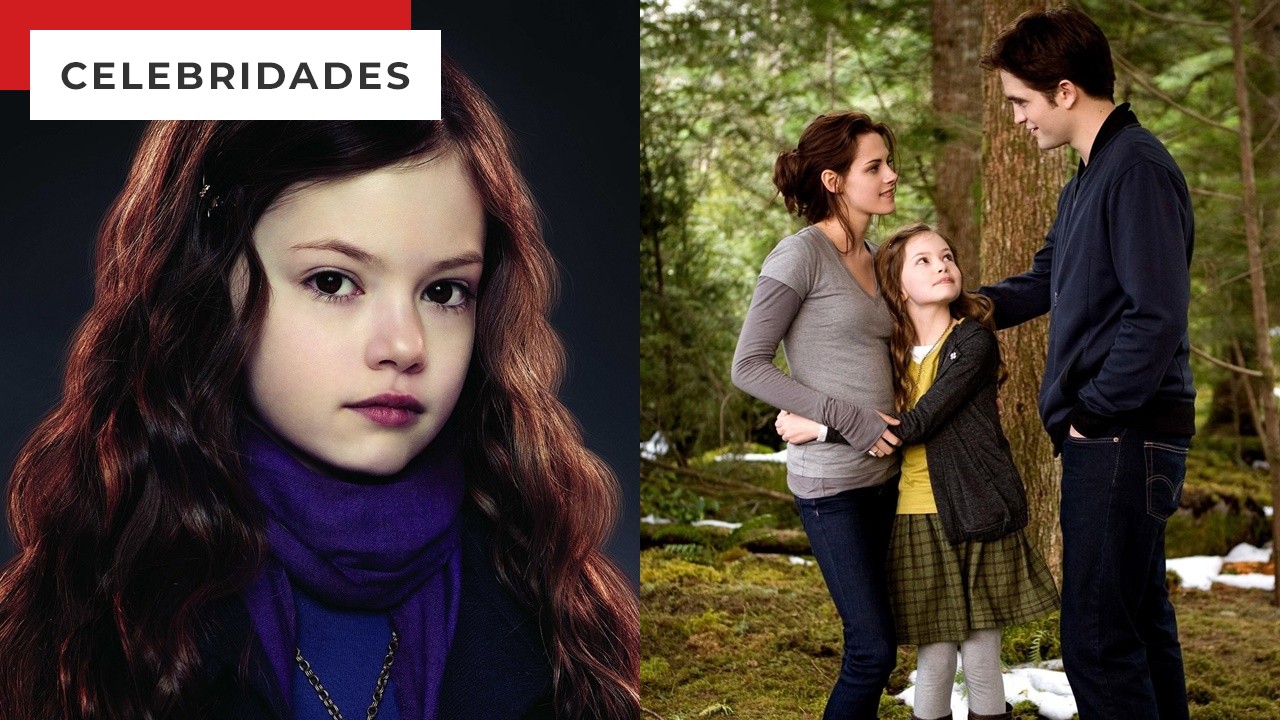 After playing the daughter of Robert Pattinson and Kristen Stewart, Mackenzie Foy followed with her acting career and is well grown!

Have you ever felt old today? 14 years ago, fans flocked to movie theaters to check out the first film in the Twilight saga, which ended up generating one of the most profitable movie franchises. Love or hate the special way of feature films, the success of vampires is undeniable, leveraging the careers of their protagonists — especially Robert Pattinson and Kristen Stewart.

However, several stars participated in the saga. Twilight (and maybe you don’t even remember some of them), while the franchise also served to introduce new talent. One of them was Mackenzie Foy, who played Renesmee, Edward and Bella’s daughter — after that bizarre CGI baby. Despite these strange effects, the girl’s performance pleased fans. But did you know that the actress is already 21 years old? Come and find out what happened to the girl:

Inspired by Stephenie Meyer’s book saga, the films told the love story of Edward (Robert Pattinson) and Bella (Kristen Stewart). In Breaking Dawn – Part 1, the vampire and the human finally get married, but something surprises them on their honeymoon: the protagonist becomes pregnant in a supernatural way. After a very complicated and almost fatal pregnancy, Renesmee is born, named after her grandmothers’ names.

Another surprise is that Jacob (Taylor Lautner) imprints on Renesmee, becoming her loyal protector. If the peace with the wolves has been sealed and Bella becomes a powerful vampire, things are not so simple. Before reaching their happy ending in Breaking Dawn – Part 2, the Cullen family becomes the victim of a misunderstanding and Renesmee’s existence is considered a threat to the dangerous Volturi, requiring the support of several friends and allies to turn the situation around.

What happened to Mackenzie Foy?

Mackenzie Foy was just 11 years old when she was cast in Breaking Dawn Part 2, taking on the coveted role of Renesmee Cullen. This was the first big breakout of her career, which took her to major events — even San Diego Comic Con. Her work was praised by fans, who had high expectations to see what she would look like as the daughter of their favorite couple.

Since then, Mackenzie has pursued her acting career, appearing in films like The Conjuring or playing the young version of Jessica Chastain in Christopher Nolan’s Interstellar. She had her first starring role in 2018 with The Nutcracker and the Four Realms, a Disney film also starring Keira Knightley and Helen Mirren. She also starred in Black Beauty: A True Friendship, where she explored her passion for horses, in a production that is available on Disney+.

Currently 21 years old (and about to turn 22, see how time passes!), Foy continues to work and is already confirmed in the feature. The Man Who Saved Paris, where he will work with Jean Reno. Recently, she even had the young woman’s reunion with her fictional mother, Kristen Stewart, during an event, delighting fans of Twilight. Check out how Mackenzie Foy is doing these days:

Previous The cities that most tax tourists in the world
Next Cartola 2022: Alef Manga and Messias are out of round #22; see suspended, injured and likely | topper