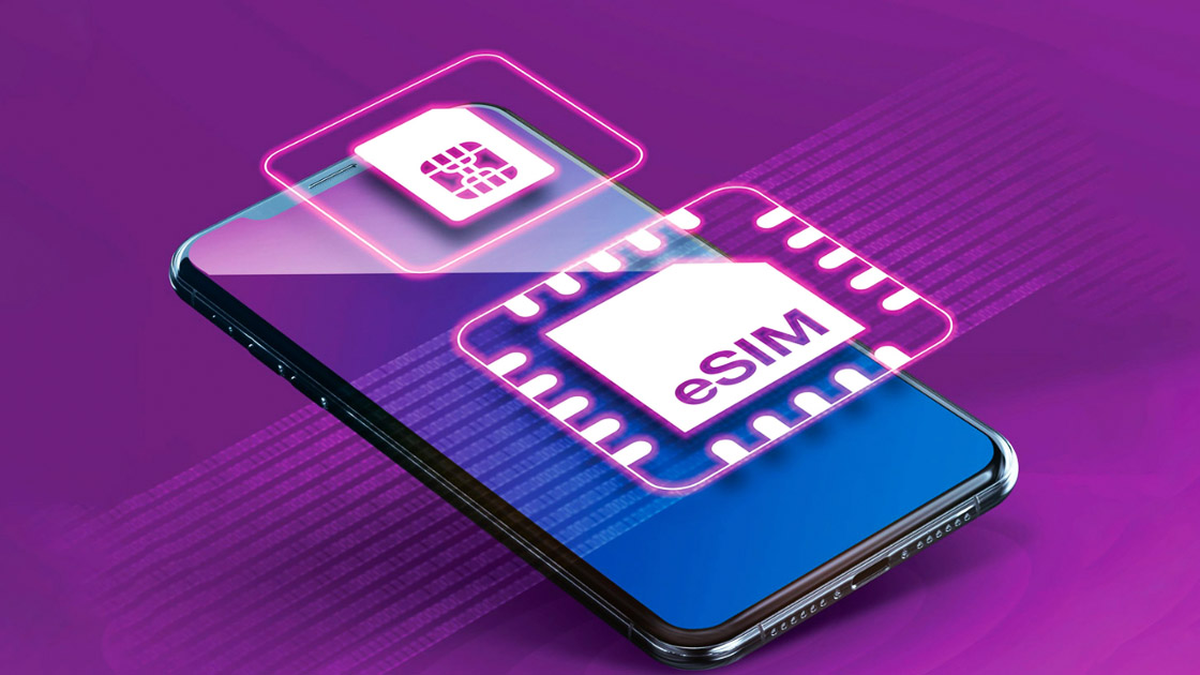 What are the advantages of eSIM?

Mobile phones with embedded eSIM technology are becoming more popular in the market, even though the solution is still exclusive to the more expensive models. However, it is possible that devices with this feature will dominate the market in the next few years, especially because of the following advantages that eSIM provides:

When buying a new smartphone, usually the first action taken by the consumer is to look for the SIM card tray ejector, and then insert the SIM card. This process is eliminated with the use of eSIM technology, as the entire installation takes place through the system.

Therefore, devices with this solution will offer the possibility of configuring mobile data as an extra step in their initial adjustments. So, as is already the case with setting Wi-Fi parameters, personalizing, registering a fingerprint, and more.

One of the biggest advantages of eSIM is the possibility of recording multiple records — read “phone numbers” — on the same mobile device. Physical SIM cards are limited to just one ID for each, and that’s why cell phones usually have a maximum of two numbers when there are slots for two SIM cards.

Thus, network coverage should also be improved in certain cases, especially if the user has more than two or three numbers. If the signal is weak for an operator, just change the network settings and get the internet from another contracted operator, for example.

In addition, the possibility can be extended to other types of products. Currently, there are several other types of eSIM-enabled products on the market, such as tablets, notebooks, and smart watches — all of which support mobile connectivity without the need for an extra physical component.

In general, the eSIM usually takes up less space on the inside of the device, compared to the specific compartments for Nano SIM cards. Therefore, brands can use this “leftover” to reduce the overall dimensions of a device, install other components in place or even increase battery capacity.

However, eSIM is not the most interesting way to optimize space in the internal construction of a smartphone. The so-called integrated sim technology (iSIM) is the best in this regard, as the SIM is directly connected to the processor in this case, instead of being a component soldered separately to the smartphone — as is the case with the eSIM, for example.

It is relatively common for carrier chips to have poor contact problems, which often cause network data to be interrupted. When this happens, the user usually has a certain headache, as he has to remove the SIM card again to see what is wrong, through that small metallic ejector that gets lost in the drawer.

With eSIM, this kind of situation doesn’t even appear as a possibility. After all, the physical component is no longer present, and any possible problems will be the sole responsibility of the operator – whether due to a lack of signal or other similar situation.

The security level of an eSIM compared to traditional cards is still a point of discussion among experts. One of the advantages of the technology is the fact that a malicious person will no longer be able to access the data of a given user, without picking up the cell phone itself.

Thus, it presents itself as a safer solution in these cases. Previously, situations have been reported in which criminals stole only the victim’s SIM card, so that they have access to contacts and other sensitive information through another cell phone.

The disadvantages of eSIM

Even though it is a more attractive solution than the physical SIM in many aspects, the eSIM still has some disadvantages.

The configuration will not always be easier compared to the physical chip: when the user wants to change the cell phone responsible for carrying a certain number, for example, the process may not be so practical — after all, with the traditional chip, it is enough to change the component between one device and another.

Furthermore, the technology still carries some privacy issues that can cause concerns, especially with regards to location. Operators or other institutions can theoretically know the smartphone’s positioning at all times, as the eSIM is never removed.

However, this same feature can be considered advantageous at times: if the cell phone is lost or stolen/stolen, it will be easier to identify the correct location through the network.

To check the complete list of devices with support for eSIM, just enter this list made by Canaltech

Previous STJD is not satisfied with Gabigol and Arrascaeta, makes a decision and can hook another holder of Dorival
Next 3 types of foods that are really good for the brain and memory