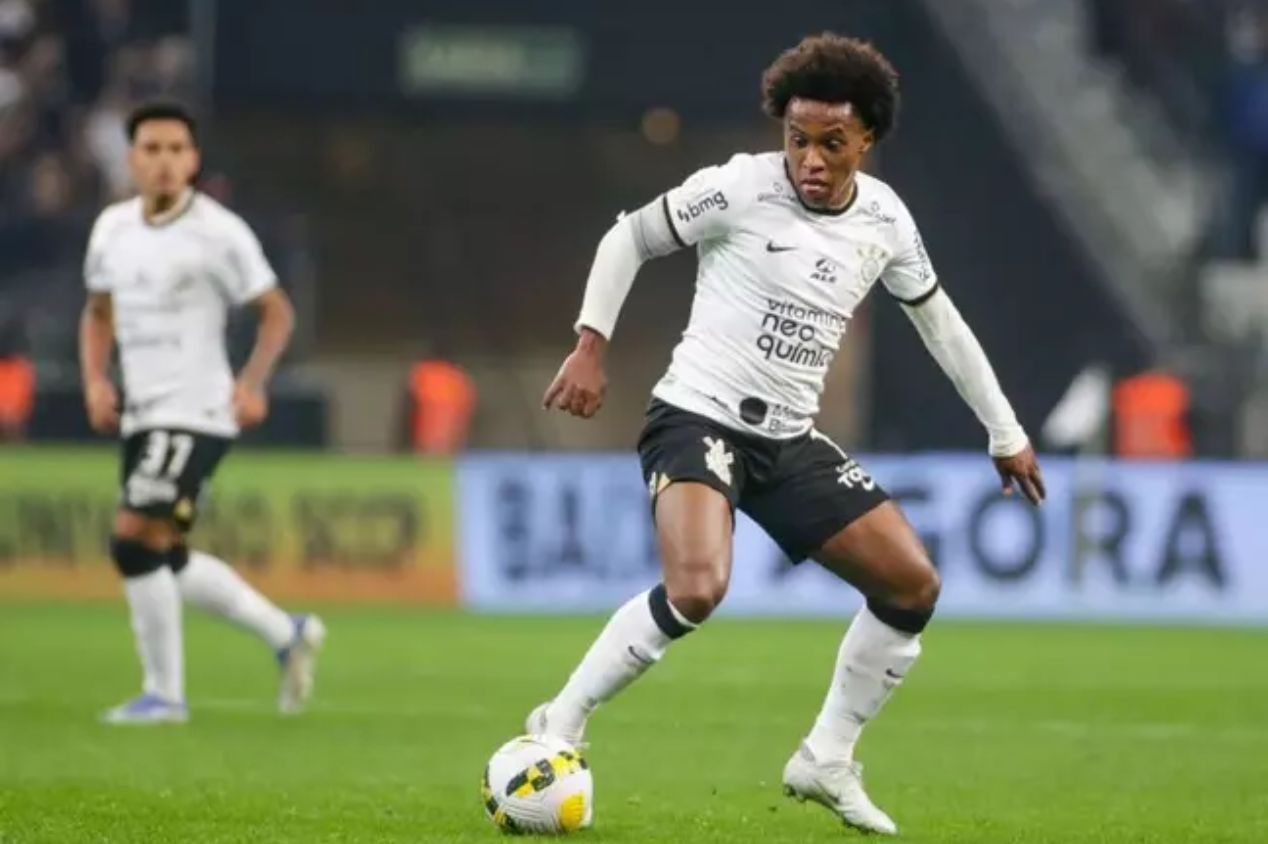 Willian on his time at Corinthians: “football is not numbers”

Attacking midfielder Willian admitted his numbers at Corinthians were modest in his second spell at the club, but said football is not just about his stats. In an interview with journalist André Hernan, on his Youtube channel, the former Timão number 10 shirt said that he always produced for the team, even without the numbers by his side. There were 45 games, one goal and four assists.

“As for the numbers, really, I also expected better numbers, everyone expected me too, for my quality, potential, technical quality, in short. But what was never lacking in my career was always playing, producing for the team. I think I managed to do that”, said Willian, who had his termination with the club officially published.

“One or another game is normal for you not to be technically well. But I played very good games. But sometimes the fans see a lot of numbers, they didn’t give assistance, they didn’t score, so they didn’t play well, they played poorly. Football is not just about numbers.”

William has never had so many injuries

The number 10, in the same interview, regretted the injuries and said that he never had as many injuries as at Corinthians. He listed at least four problems that took him out of several games during the year of his return to the club.

“I think the injuries also got in the way a lot. In my entire career, I haven’t had as many problems as I have here. When I arrive, I have a muscle injury, which left me, I don’t remember now, almost two months out. And then this year I had a hip injury, a trauma, I never had that injury…”, said the attacking midfielder, who has not yet defined where he will play after leaving Timão.

“I had a trauma to the ankle, the shoulder as well, to this day I feel pain with some movement in the arm. These are things that get in the way. You’re fine, soon you have an injury, you’re out again. Then you come back, then get out again.”

Previous Zoey Deutch plays a ‘Like Influencer’ in the official poster of the new Star+ comedy!
Next Cloud Gaming Direct from Google Search: Testing on Stadia, Xbox Cloud, and Luna