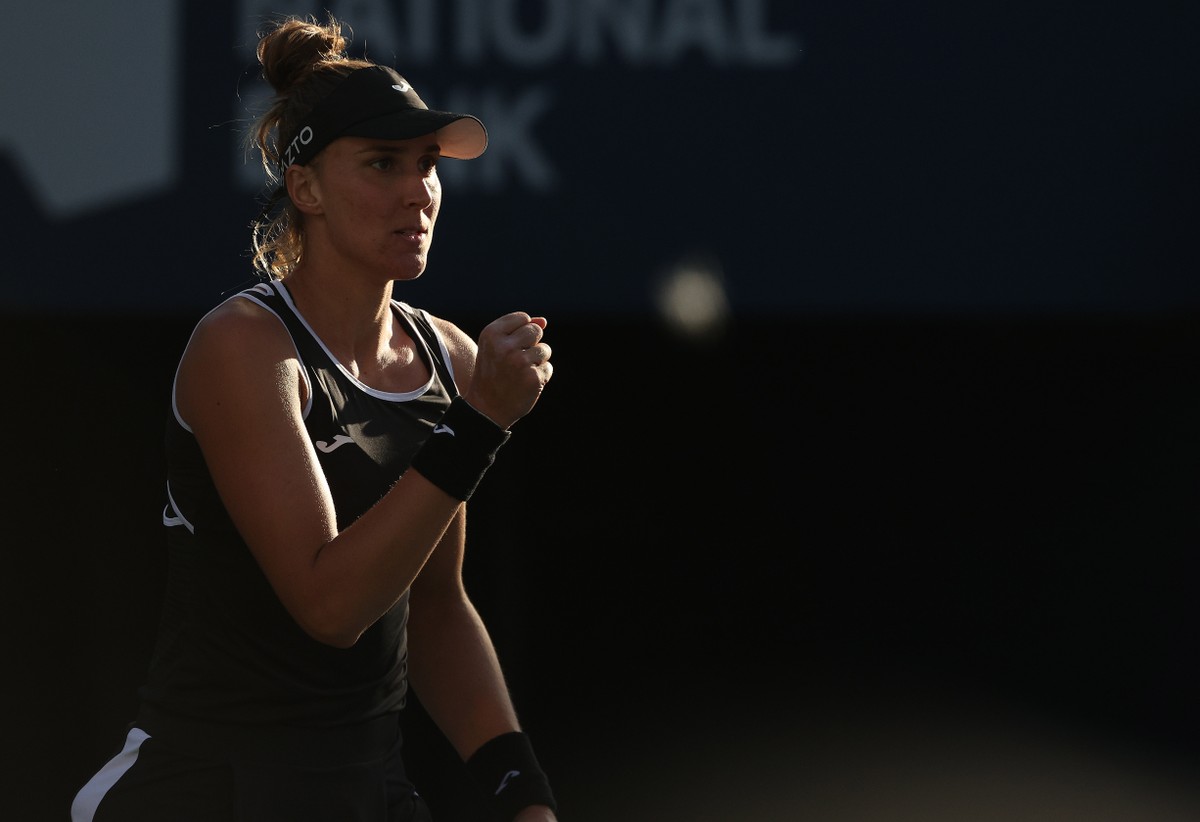 Bia Haddad day after day makes history at the WTA 1000 in Toronto. This Saturday, the Brazilian beat Karolina Pliskova, number 14 in the world, by two sets to zero, partial 6/4 and 7/6 (9/7), and guaranteed her place in the final of the competition. It is the first time that a Brazilian is in the decision of a 1000 tournament. In the first set, the Brazilian already opened in front and managed to keep it. But, in the second, she came to be losing by 5 to 2, but went to look for the comeback.

+Learn how was the point-to-point game

The final will be played this Sunday, from 14:30 (Brasília time), against the Romanian Simona Halep, who beat American Jessica Pegula in the other semifinal, by two sets to one. Bia has played against Halep three times, with one win and two losses under her belt.

Bia Haddad in the semifinals of the WTA in Toronto — Photo: Getty images

To achieve this feat, Bia needed to defeat big names in world tennis. On Friday, she pushed Olympic champion Belinda Bencic out of the way. Before, she passed Italy’s Martina Trevian (26th), Canadian Leylah Fernandez (13th) and leader of the ranking, Polish Iga Swiatek in a duel that went down in Brazilian tennis history. Bia was the first tennis player in the country to win a number 1 in the world.

With the historic campaign in Toronto, Bia secured a jump in the women’s rankings. If she is champion she will move up to 14th place. If she loses, she will be 16th. Today, the Brazilian is in 24th.

Bia started off on the right foot. In the very first game, she surprised Pliskova and broke the opponent’s serve. The Czech was irritated, and the Brazilian gained even more confidence. Bia kept her serve well, and again broke the rival’s service in the fifth game, opening 4 to 1. Both confirmed their serves and the score went to 5 to 2 in favor of the Brazilian.

When it looked like Bia would easily take the set, Pliskova decided to play along. The eighth game was extremely disputed, with the Brazilian having three chances to close the partial and the Czech risking everything on returns and getting chances to break the service. Which is what ended up happening on the fourth attempt. In the sequence, Pliskova confirmed the game and threw the pressure to Bia in the 5 to 4. The Brazilian, however, was very calm on the court. Serving well, he didn’t give chance to chance and closed the set at 6-4.

Bia remained calm even in the worst moments of the game — Photo: Getty images

Pliskova started the second set better. She secured the service and broke Bia’s serve in the second game. The two went on to confirm their services, which was bad for Bia, who needed a break. The Czech made it 5-2. Bia stood firm and confirmed the serve to make it 5-3. Pliskova served to close and had the ball in the set. But in the H hour, Bia grew, saved the set point, and even broke the rival’s service. 5 to 4.

Confident, Bia served very well and didn’t give her opponent a chance in the tenth game, leaving everything equal at 5 to 5. In the two following games, both fought a lot, but managed to confirm their services: 6 to 6. In the tie-break, a lot of emotion. The two got two breaks each. Bia had a match point at 6-5, but Pliskova served well and saved. Then it was the Czech’s turn to have a set point, but Bia also saved it. At the second match point, the Czech was already very tired, after a lot of running throughout the match. Pressed, she missed both serves and gave the victory to Bia.