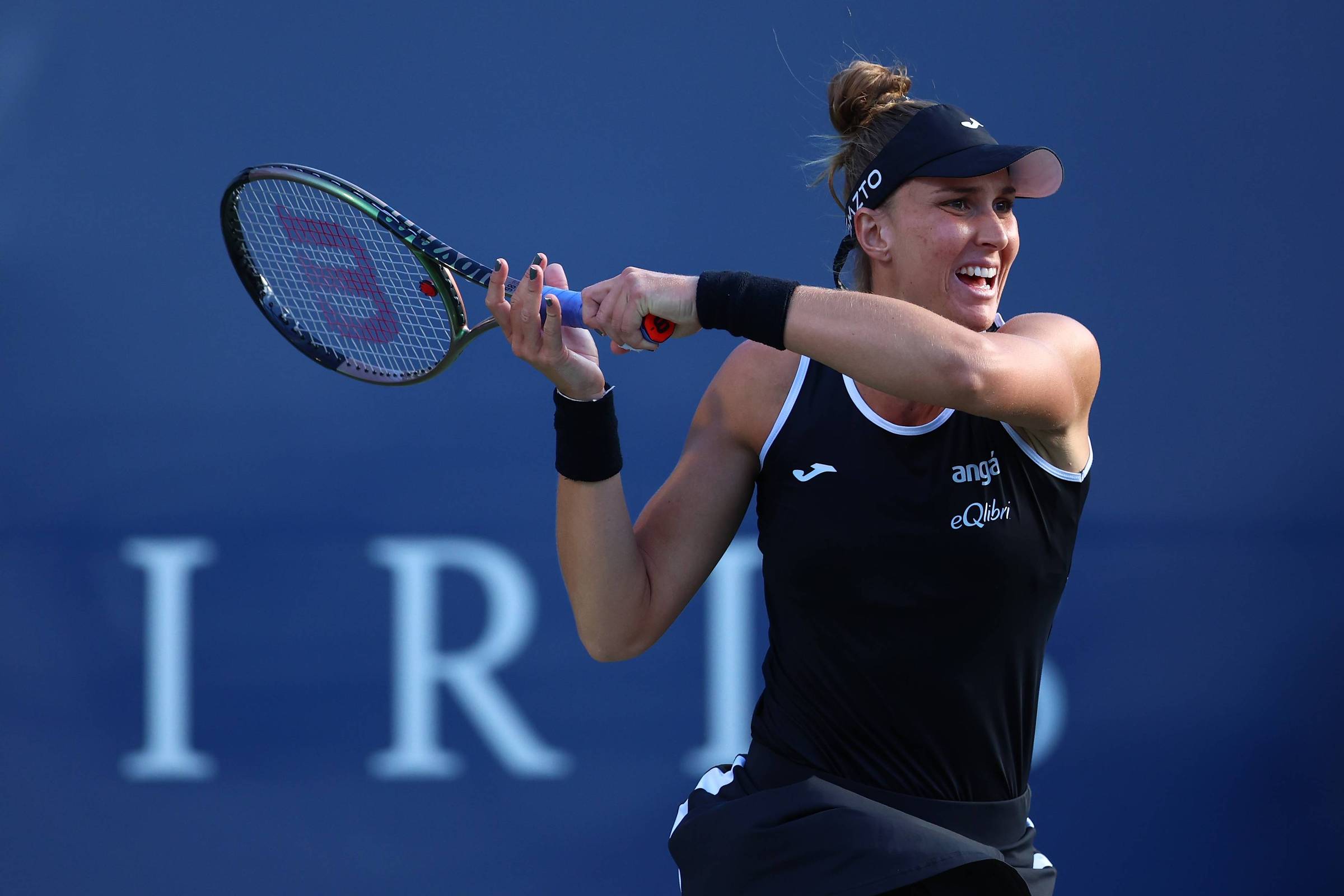 The Brazilian tennis player Beatriz Haddad Maia, 26, continues to make history and is in the grand finale of the WTA 1000 in Toronto, Canada.

The paulista defeated the Czech Karolina Pliskova, former number 1 in the world and current 14th place in the ranking, in the semifinal played this Saturday (13).

Bia will be debuting in a decision of this level. It is the first time that a Brazilian will compete for the WTA 1,000 trophy, the most important category on the circuit below the Grand Slams.

With the result, Halep reached her 18th career WTA 1,000 final, equaling American Serena Williams with the most decisions in this category.

The finalists have already faced each other three times, with two wins by the Romanian and one by the Brazilian.

“It’s a special moment. I had to work hard, because there were difficult moments, and that’s why I’ll have the opportunity to play against Simona in the final. She’s a champion, a person who works hard. It will be a battle. But I’ll enjoy it and leave everything in court”, declared Bia.

Bia Haddad’s historic campaign in Toronto had already been marked by a 2-1 victory in the round of 16 over Polish Iga Swiatek, current leader of the ranking and this year’s champion at Roland Garros.

It was the first time that a Brazilian managed to defeat a number 1 in the world. With the classification, Bia had already become the first tennis player in the country to reach the quarterfinals in a WTA 1,000 tournament.

In the following phase, the São Paulo also beat Switzerland’s Belinda Bencic, 2-1, gold medalist at the Tokyo Olympics and 12th in the ranking.

With the campaign, Bia Haddad guarantees an unprecedented entry into the world’s top 20, in the next update of the list. She will be the 14th in case of a title, and 16th if she gets the runner-up.

She is currently ranked 24th, the best position ever achieved by a Brazilian tennis player in singles — Maria Esther Bueno was considered the best player on the planet and won seven Grand Slams between 1959 and 1966, but she was at most 29th after the ranking was created. , in 1975.

Bia Haddad’s season had already been gaining prominence since the first half, when she managed to finish runner-up in doubles at the Australian Open, alongside Kazakh Anna Danilina.

In May, the Paulista won her first WTA 125 tournament, in Saint-Malo (France), and reached the final in Paris in this same class. That’s when she first entered the top 40 of the individual rankings.

The following month, Bia took another step in her career by winning a WTA 250 for the first time, in Nottingham (England). The campaign included a victory over Greece’s Maria Sakkari, then number 5 in the world.

The triumph meant breaking a 54-year fast without Brazilian women’s titles on grass on the world circuit – since Maria Esther’s last conquest, in 1968.

Bia even repeated the dose the following week, winning the WTA 250 in Birmingham. The walk to the title involved a 2-1 victory over Simona Halep in the semifinals.

The disappointment of the season was due to the early elimination at Wimbledon. Soon after the two consecutive titles in the preparatory tournaments, the Brazilian fell in the debut in the Grand Slam, against the Slovenian Kaja Juvan (62nd).

In the doubles, this year the Brazilian won the WTA 500 in Sydney (Australia), also alongside Danilina, in addition to the double in Nottingham, in partnership with the Chinese Shuai Zhang.

Previous Europe is interested in Elon Musk’s SpaceX to replace Russian rockets
Next Can I use Mac charger to charge my iPhone?