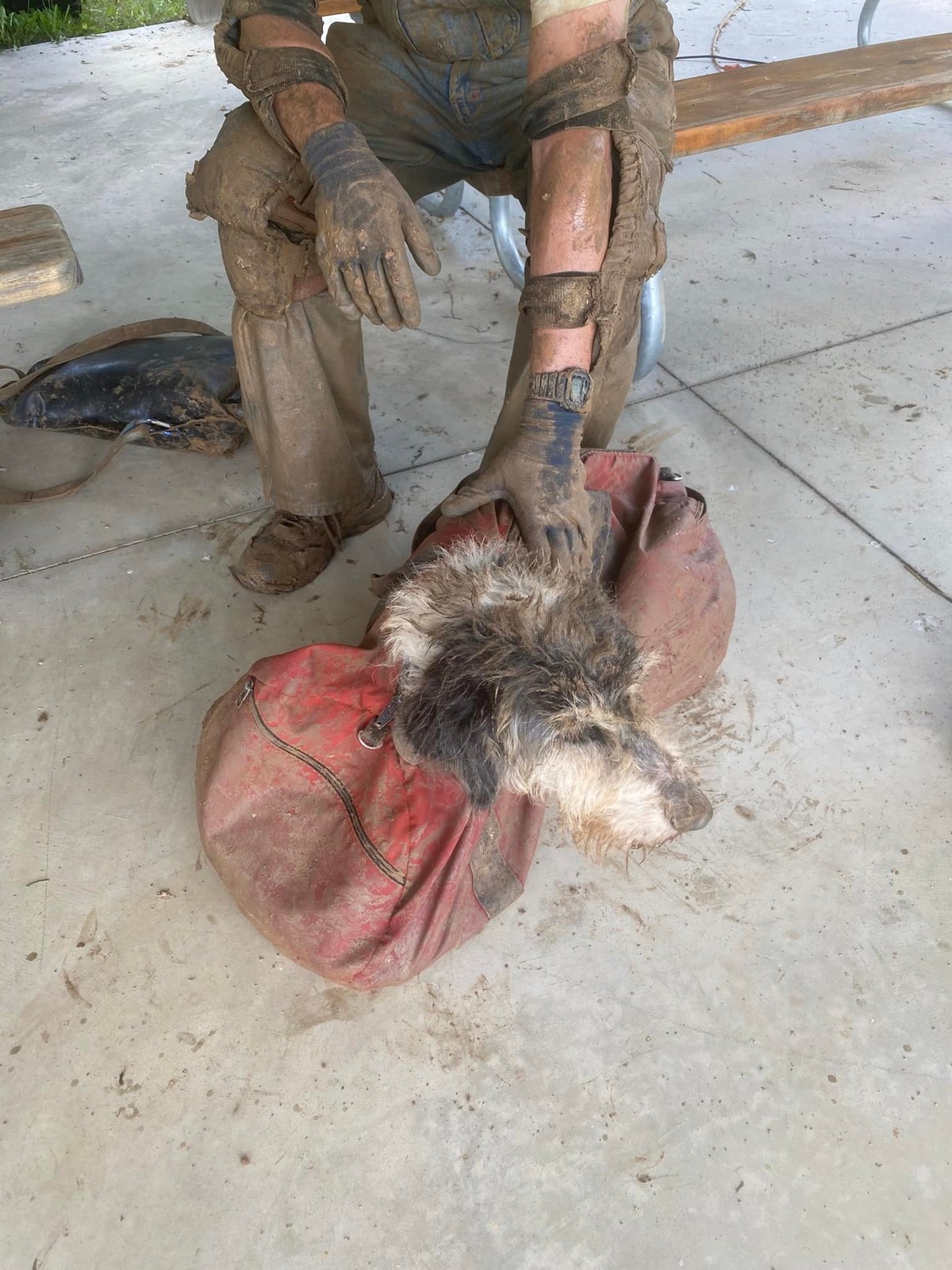 A group of explorers found the dog Abby, who is thirteen years old and has been missing for two months in a cave in Perry County, Missouri. The cave is part of the Moore system, the second largest group of caves in the state, at approximately 35 kilometers in length.

Speleologist Rick Haley, 66, and 30 others were exploring the cave as part of a project for the Cave Research Foundation, a nonprofit group dedicated to the preservation and study of caves across the United States.

Haley was one of the expedition coordinators and was warned by the fire department that a dog was lost in the cave. She was spotted by a family who entered the scene before Haley’s group and called 911.

To rescue the dog, firefighters asked Haley for help, who invited her colleague Gerry Keene — both have specialized cave rescue training.

Haley and Keene had to go through tight passages to get to Abby, who was weakened and quite dirty, approximately 500 feet from the cave entrance. “She didn’t have any apparent injuries, but she was very malnourished, just skin and bones. She was also covered in mud,” Haley said.

Haley squeezes through one of the cave passages – Photo: Reproduction

According to him, the dog was scared, reluctant to walk, and had to be taken out of the cave in a suitcase, wrapped in a blanket. The rescue took about 1 hour.

One of the group members who was with Haley took pictures of the dog and went out into the local neighborhood looking for the owner, who was shocked when he heard the news.

After leaving the cave, Haley explained that while her training did not cover animal rescues, many of the techniques and knowledge used in rescuing people could be applied.

Dog Abby is rescued by cavers in a cave in Missouri, USA – Photo: Reproduction

It is unknown how long Abby stayed in the cave or how she survived during the two months she was missing. According to Haley and Keene, the place where she was found has a small stream with small fish and crustaceans, but it was completely dark.

Haley believes the dog must have entered the cave while chasing an animal, such as a raccoon or a mouse. For him, Abby was probably carried to the bottom of the cave by the heavy rains and floods that hit the region at this time of year.

Haley and her colleague Keene take the dog Abby out of the cave. — Photo: Reproduction

Previous Ranked! Vitória beats Brasil-RS and advances to the quadrangular final of Series C
Next Mbappé starts the season with a missed penalty, a ‘tantrum’ on the pitch and the lowest score in the PSG supertrio