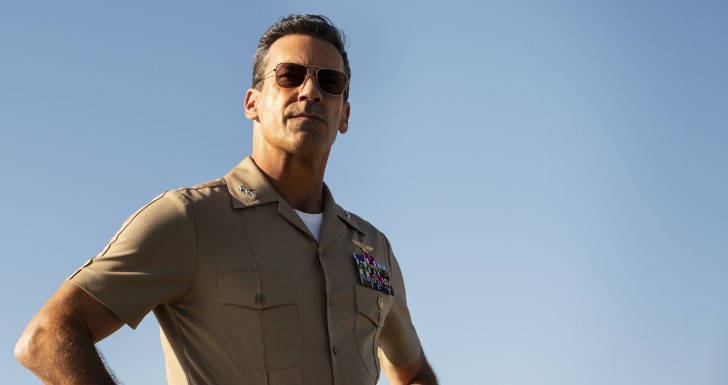 Jon Hamm, who recently starred in the blockbuster “Top Gun: Maverick,” becomes the latest addition to the massive cast of “The Morning Show.”

Jon Hamm will be a key character in the third season of “The Morning Show”. According to Apple TV+, the actor who became famous with “Mad Men” will play Paul Marks. According to what has been advanced, Marks is described as a “corporate titan” who intends to take Cory’s (Billy Crudup) place and get rid of Alex (Jennifer Aniston) and Bradley (Reese Withherspoon).

The second season, for those who remember, premiered in September 2021, and ended with Alex, played by Jennifer Aniston, contracting COVID-19, after visiting Mitch Kessler, played by Steve Carell, in Como, Italy. The virus spread across New York, forcing the team to prepare to produce the show remotely. As for other characters, and with SPOILER ALERT, Cory finally confessed her love for Bradley, who started dating new character Laura Peterson, played by Julianna Margulies. As for Mitch, he unfortunately ended his participation in the series, after not taking the blame and public scrutiny, and decided to commit suicide by throwing himself off a cliff.

As for the third season, for now the content of it is kept secret, however, it is expected that it will start where it left off or, as happened this season, it will have a small time jump to “escape” the pandemic. Filming for the new season will begin later this month, as confirmed by Apple TV+.

Jon Hamm, in addition to participating in the series “The Morning Show“, he also has films like “Alpha Gang” and “Off Season” on his agenda, both in pre-production, and “Confess, Fletch” which has already finished filming.

So, are you a fan of The Morning Show and its chaos?

Previous Areas such as automation and mechatronics will have more job opportunities
Next Ceará x Fortaleza: check schedule, where to watch, guesses and probable lineups – Play Several releases and continuations of series such as Sandman, Euphoria and The Boys left moviegoers …