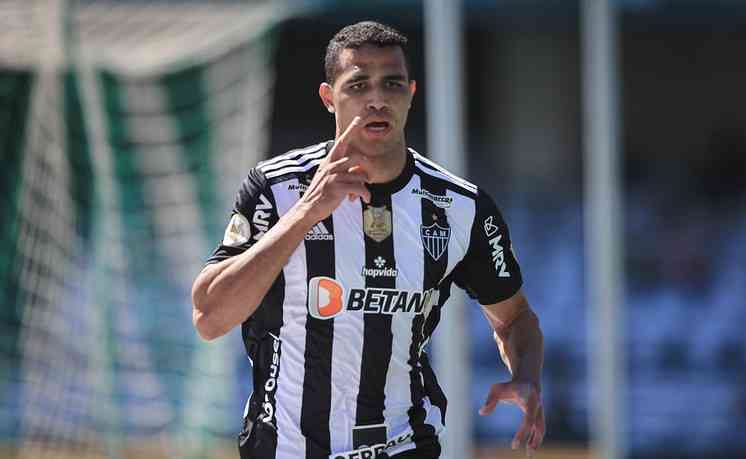 Kardec saves, and Atltico beats Coritiba with a goal in the last minute

This Sunday morning (8/14), at Couto Pereira, in Curitiba, Atltico was saved by Alan Kardec and, in the last minute, beat Coritiba 1-0 in the Brazilian Championship. The match was valid for the 22nd round.

Galo had an apathetic first half at Couto Pereira, with low offensive movement and little creativity. In the second half, Cuca made changes to launch the team into the attack. The team abused the missed chances, until Kardec, in the last minute, made a head.

With the result, Atltico rose, albeit temporarily, to 6th position in the leaderboard, with 35 points. The Minas Gerais club had been without a win for six games, four of them in Serie A.

Atltico’s next commitment for the Brazilian Championship against Gois. Next Saturday (20/8), at 4:30 pm, Galo will host the alviverde team in Mineiro, in Belo Horizonte, for the 23rd round.

Coritiba and Atltico started the match in a split-ball possession scenario, but it was Galo who was more present in the attacking field. At the offensive moment, Cuca’s team was mainly betting on one of the strongest weapons of 2021: the associations between Guilherme Arana and Keno on the left.

Defensively, Atltico played well, with aggressiveness in the individual sockets and coordination to press after the loss of the ball. Even so, when he had possession, he found it difficult to create spaces in the defense of Coxa. Pavn and Hulk, for example, were little used in the game.

The first half ended without a single good scoring chance from either team. The teams were successful in their defensive proposals at Couto Pereira, but showed many creative problems. Although Atltico had more possession of the ball, they moved little in the offensive sector and were “stuck” in the defensive organization of Coritiba.

At half-time, in an attempt to promote more creativity to Atltico, Cuca put attacking midfielder Pedrinho in the place of midfielder Jair. Despite that, the first good opportunity came from Coritiba: in the 9th minute, José Hugo was freed in the area after a cross, but he headed badly.

In terms of offensive productivity, the substitution contributed little to Alvinegro. Cuca’s team began to cede the ball more to Coxa and retreated its lines to bet on offensive transitions, but was not successful in the proposal – especially due to technical errors.

Atltico’s best chance came in the 14th minute, with a mistake by Coritiba. Egdio missed a pass on the ball out and left Hulk in front of the goal. Galo’s number 7 gave the traditional cavadinha over Muralha, but the ball passed close to the post.

Shortly after the missed opportunity, Cuca promoted the entry of striker Alan Kardec in the Hulk’s spot. Atltico launched itself further into the attacking field and, in the 23rd minute, arrived dangerously with a shot by Arana, from outside the area, over the goal. In the corner that followed the bid, the Minas Gerais team hit the cross with Kardec’s header.

In the final stretch of the match, Zaracho and Pavn left the field for Nacho Fernndez and Ademir. The game became more open, with both teams going on the attack in search of the tiebreaker. In the 34th minute, after a great rush by Ademir on the right, Nacho was triggered free, at the penalty mark, and stopped in a great defense of Muralha.

Rubens was called in for Keno’s spot. In a new move by Ademir, Kardec was triggered in depth, but kicked weakly for another intervention by the Coritiba goalkeeper. Nacho also had an opportunity in a mid-range fault, as well as Ademir in a submission from outside the area, and the Rooster again stopped at Muralha.

In the last minute, Alan Kardec took advantage of Nacho’s cross coming from the left and, with a header, scored the saving goal for Atltico: 1-0 and the end of the winning streak.

Reason: 22nd round of Serie A of the Brazilian Championship

Previous Abel shares the merits of Palmeiras’ victory and praises Wesley and Gabriel Menino | palm trees
Next Max Born, the quantum physicist who warned the world about ‘the cause of all evil’ | Science