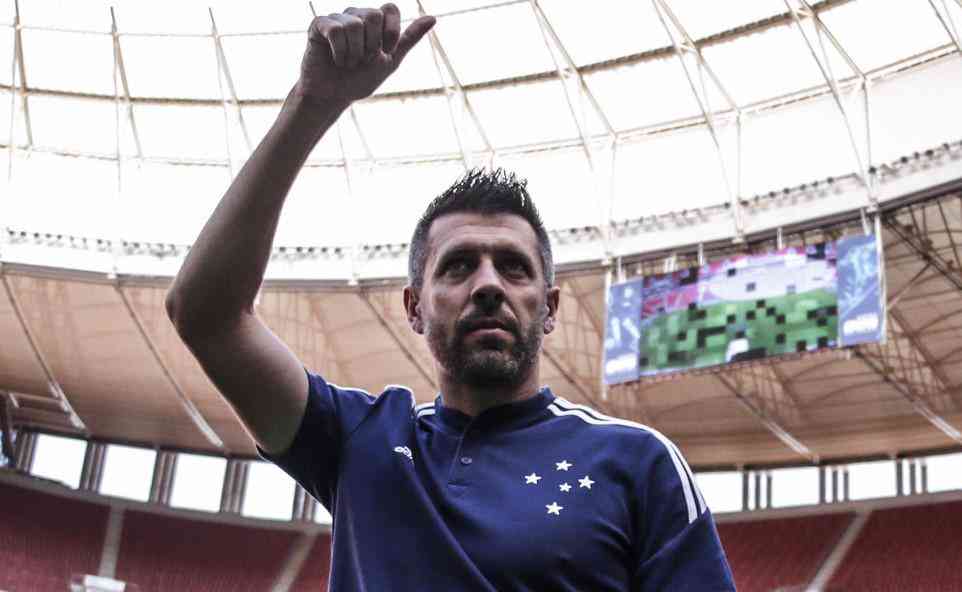 Pezzolano, from Cruzeiro, talks about ‘playing with courage’ against Grmio

Coach Paulo Pezzolano, from Cruzeiro, spoke of “playing with courage” against Grmio, the next opponent in Serie B of the Brazilian Championship. Next Sunday (21/8), the teams will meet at Arena do Grmio, in Porto Alegre, for the 25th round.

After the draw with Chapecoense, at Estdio Man Garrincha, in Brasília, Pezzolano planned a direct confrontation for the Serie B title with Grmio. The Uruguayan assesses the match as “very difficult”, but expects Cruzeiro to play with courage in the South.

“It’s a very difficult game. Playing as a visitor against Grmio is very difficult. A very good squad, a good coach. We have to play our game there, put a lot of intensity and play with courage in their field. We know that today is a direct confrontation for the first position. , but we know it won’t be the access game. There are still many games left”, he evaluated.

“It’s going to be the duel that can already put the most difference in first place, which would be good. But don’t worry, there are still many games to go. to be prepared for it”, he added.

Tactical changes on the Cruise?

Pezzolano was also asked about possible tactical changes on Cruzeiro. The Uruguayan assured that he won’t do it for now: “Why do something different if you’re doing it well?”, he asked.

“The best teams in the world don’t change. They make a difference according to the space that the rival leaves. Today, Cruzeiro is the best team in this series. So, it’s difficult to change. points playing that way,” he said.

Despite that, as usual, the coach did not deny the possibility of changes of pieces and variations of positions between the players in the duel against Grmio.

Cruzeiro remains the isolated leader of Serie B, with 53 points – 19 of Londrina, the first club outside the G4. Raposa counts down the days to achieve Serie A access.