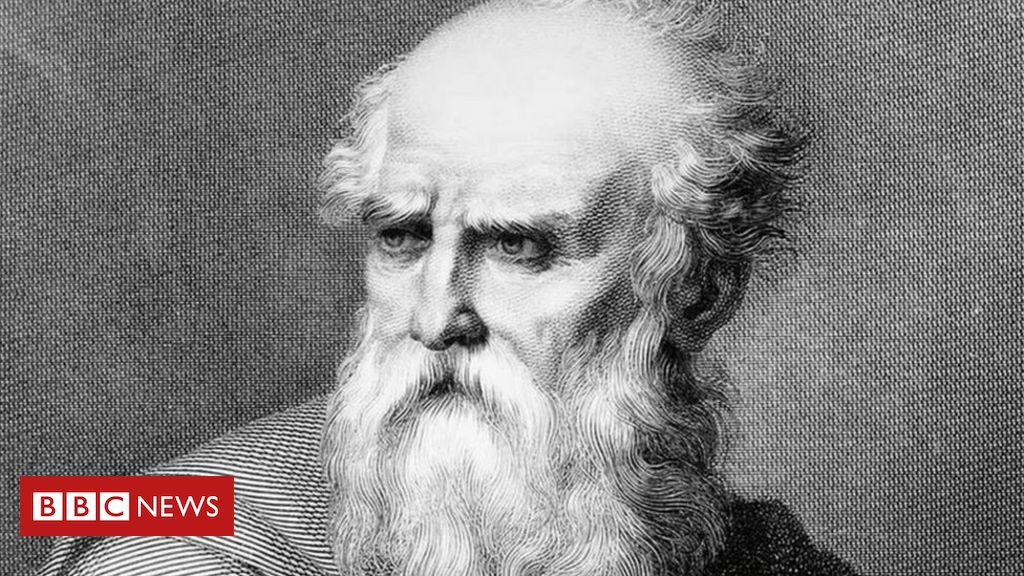 A little over 2,000 years ago, a retired soldier and engineer wrote what is probably the most influential book in the history of architecture.

It is the Roman architect Vitruvius. his main work From Architecture – also known as The Ten Books of Architecture — is the oldest known treatise on this discipline.

The work includes not only practical advice for designing and building temples and homes, educating and training architects, but also an incredible body of information on Roman technology and engineering, from war machines to aqueducts and water clocks.

Vitruvius’ theories have influenced design and construction over the centuries. His concepts of beauty and harmony were particularly followed by the great architects of the Renaissance.

The structures of Italian architect Andrea Palladio, the residences, basilicas and bridges of Venice, other Palladian-style buildings from later periods such as the Banquet Hall at Whitehall Palace in London and the White House in the United States — all of them owe their inspiration to Vitruvius.

His discussions of the relationship between the perfect proportions of architecture and the human body inspired one of the most famous drawings of the Renaissance: Leonardo da Vinci’s Vitruvian Man.

His ideas remained central to architecture well into the 18th century—and, according to some, long afterward.

Most of what is known about Vitruvius is from his book and from mentions made by writers who lived shortly after him.

Age of expansion and construction

It is estimated that he was born between 80 and 70 BC, in Ancient Rome. His full name was Marco Vitruvius Polião, but there is no certainty about his first and last name. Hence, he was simplified as Vitruvius.

He lived in a period of political turmoil.

After decades of civil wars, Rome was undergoing a transition from being a republic to what is now called the Roman Empire. New social groups were emerging and reaching positions of power to which they had no access before.

Vitruvius fought in Gaul under the command of Julius Caesar and then witnessed the accession of Emperor Caesar Augustus — the adopted son of the former — to whom he dedicated his book From Architecture.

In his work, he implies that he was a protege of Caesar Augustus’ sister, Octavia, and that, in addition to serving in the army, he built a basilica at Fano, on the Adriatic coast. There is also evidence that he was active in engineering and probably invented a pipe gauge for aqueducts.

The new Emperor Caesar Augustus was interested not only in conquest of the known world, but also in constructions that magnified the majesty of the empire, according to Alice König, a professor of Latin and classical studies at St. Andrews in Scotland.

“Despite the turmoil and civil war, the Roman empire has been expanding. There is a lot of wealth coming into Rome, as well as new cultural influences. Many wealthy Romans are building homes on the coast and there is a great increase in interest in architecture,” explains König.

“Vitruvio imagined that it would be the moment to publish his book, as a way of helping César Augusto in his aspirations of greatness and construction”, adds the professor.

The principles of good architecture

From Architecture It consists of 10 books. Its main objective is to establish what an architect does, what kind of education is needed, the types of buildings and structures that he is responsible for designing, the principles and ideas about construction and the importance of imitating nature as a fundamental starting point for the design.

Vitruvius argues that architecture is on the same level as other professions considered noble, such as oratory and law. His first books offer a long list of characteristics and disciplines that the architect must master.

These subjects include mathematics, geometry, music (to get to know acoustics) and philosophy (to be fair and understand nature). And the architect must also know history — in short, he must have culture.

“Vitruvius says that the architect who has climbed all the steps of these studies can reach the temple of architecture. He implies that architecture is above all these other disciplines”, explains Alice König.

One of his most influential concepts is the so-called Vitruvian Triad — the notion of stability, utility and beauty (firmitatis, utilitatis, venustatis) as the three qualities of a structure. They come together to create something beautiful, coherent, in harmony with nature. You cannot have one without the other.

This notion has become famous throughout history as the foundation of good architecture, balancing necessity with aesthetics to create something that is beautiful. For Vitruvius, beauty resides in the appreciation of the natural world.

– The education, qualification and principles of the architect: include urban planning and architecture in general.

– public buildings: include theaters and administrative buildings, plus advice on acoustics.

– Ornamentation, sidewalks and murals: including the origin and use of colors.

– engineering and construction: machines, devices and weapons of war.

These same principles apply to temples and other public buildings as well as to private residences, especially the homes of the wealthiest. Books 6 and 7 deal with interior decoration, wall painting and plastering.

Vitruvius teaches that each room must serve its purpose and be perfectly oriented. Libraries should face north so books don’t get damp. The dining halls, to the west, to enjoy the setting sun.

Houses must be positioned to adjust to the climate of the place where they are being built.

The last three books were the ones that interested Vitruvius the most—particularly the last one, on weapons of war.

The architect was very interested in the mechanics and details of weapons. But the current reader finds it very difficult to understand, since the illustrations have been lost and the use of the language is not very clear and precise.

“I think he was trying to create a new language,” says Serafina Cuomo, a professor of history at the University of Durham in England.

“None of this existed before in Latin, and much of the technical terminology he tried to employ did not.”

Cuomo claims that Vitruvius sometimes tries to transliterate Greek terms or invent them in Latin.

“It’s a huge effort to create a new technical language for architecture.”

There are no references that he was read in his day, but Pliny the Elder, in his great encyclopedia of the natural world of AD 17, mentions Vitruvius as a source on three occasions, relating to woods, pigments and stones. And, 30 years later, Frontino mentions the architect as an authority on the size or caliber of plumbing.

As early as the 3rd and 4th centuries, there are scattered references that begin to mention him as the most important authority on architecture in antiquity, including a 5th century letter written by the Gallo-Roman poet and writer Sidonius Apollinaris.

“Its influence in the Middle Ages was sporadic,” says Cuomo, probably because Vitruvius’ descriptions of pagan temples were not compatible with that era of Christianity.

“But its true heyday was the Renaissance.”

It all started with the discovery, in a monastery in Switzerland, of a copy of Vitruvius’ book made in the 9th century.

The copy was taken to Florence, where an important conference was taking place with the participation of important figures such as Filippo Brunelleschi (responsible for the dome of the Florentine cathedral) and, especially, the Genoese scholar Leon Battista Alberti, fascinated by art and architecture.

“When Renaissance architects got to know him, Andrea Palladio in particular, his Christian churches started to look like Greek temples,” says Robert Tavernor, professor emeritus of architecture and urbanism at the London School of Economics (LSE) in the UK.

“The Renaissance was a revival of the classical world and intended to move away from the barbarism of Gothic architecture,” adds Tavernor.

“Palladio speaks, in a treaty, of the need to expel the Goths from Italy.”

But the ideas of symmetry and proportionality were what influenced one of the best-known images of the Renaissance: Leonardo da Vinci’s Vitruvian Man.

“Vitruvius believed that the human body was a microcosm of universal harmony, an analogy of all that was perfect in nature,” explains Tavernor.

He took the ideas of Pythagoras and Plato about perfect numbers, which can be seen in the proportions of the human form.

The length of the feet represents one sixth of the height of the ideal man and we have 10 toes. Pythagorean and Platonic theories claim that six is ​​a perfect number because it is the sum of one, plus two, plus three. And 10 is also perfect, because it’s the sum of two, plus three, plus four. All of this can be seen in human form.

“He also claims that geometry comes from the human form. Therefore, the figure traced by Leonardo produces the notion of the homo quadratus — the figure with the arms and legs extended and inscribed within a circle and a square. Surrounded by geometry”, explains Tavernor.

It’s an example of human proportions, where a finger is to the palm of the hand like this is to the elbow.

“The idea is that these perfect figures are the basis of perfect architecture”, highlights the professor.

Vitruvius’ influence continued through the centuries. All architectural treatises up to the mid-18th century, without exception, make reference to Vitruvius.

And in the 1950s, the French-Swiss architect, designer and urban planner Le Corbusier designed the “Modulor”, a system of measurements based on human proportions, inspired by the Vitruvian concept – apparently an indication that the ideas of the ancient Roman architect remain true. a model for some modernist architects.