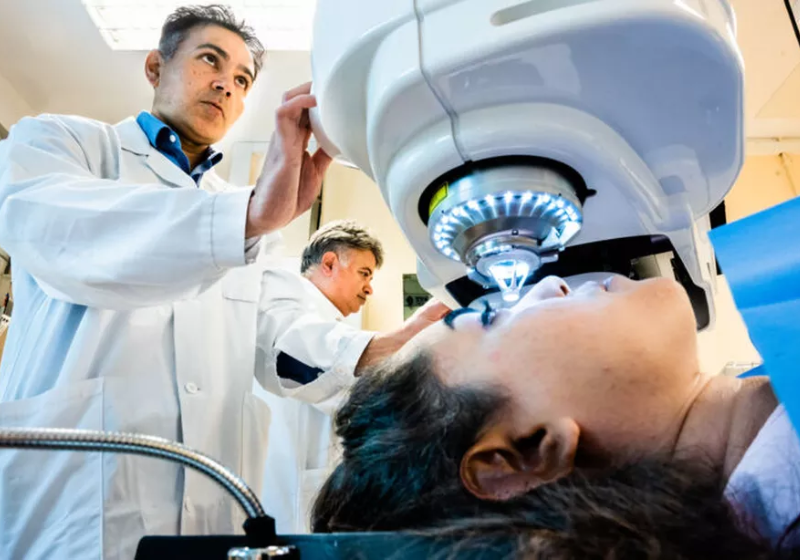 14 blind people regain sight with corneas made from pig tissue

Blindness treatment has gained a new ally of science! A group of Swedish researchers developed corneas made with collagen from pig tissue and the test results were amazing!

In two years, the experiment, conducted by the University of Linköping, was carried out on 20 people with tissue problems (14 of them blind). From the group, all showed improvement, including the recovery of vision.

Although more complex clinical trials are needed to validate the measure, the first test with the cornea made from pigskin showed that the novelty is safe and effective.

To make the cornea look more natural and have a positive response from the body, the researchers synthesized collagen, the main protein in the human cornea, as a raw material.

“For a plentiful yet sustainable and cost-effective supply of collagen, we use medical grade collagen from porcine skin, a purified by-product of the food industry that is already used in FDA-approved medical devices for surgery such as wound dressing”, the scientists explain in the article.

Another advantage is that, unlike donated corneas, which must be used in less than two weeks, the membranes obtained by this system can be stored for two years, which also facilitates the storage and implantation operation.

The researchers even used a much less invasive implant technique than usual, which requires surgical sutures and can only be done in large hospitals.

“A less invasive method can be used in more hospitals, thus helping more people. With our method, the surgeon does not have to remove the patient’s own tissue,” explains Neil Lagali, professor in the Department of Biomedical and Clinical Sciences at the University of Linköping, and one of the authors of the experiment, in a statement.

“Instead, a small incision is made, through which the implant is inserted into the existing cornea,” he concludes.

Patients who underwent the procedure were followed up for two years. The results, the researchers point out, are similar to those of a human corneal transplant.

The study also managed to observe an improvement in visual acuity: the tissue healed quickly and, according to the authors, it took only eight weeks of immunosuppressive eye drops to prevent implant rejection.

Of the 14 participants who were totally blind before the experiment, all partially or completely regained their sight after the transplant.

Safety and effectiveness are “at the heart of the work,” Mehrdad Rafat, CEO of LinkoCare Life Sciences AB, the company that makes the bioengineered corneas used in the trial, says in the statement.

“We have made significant efforts to ensure that our invention is widely available and accessible to everyone and not just the wealthy. That’s why this technology can be used in all parts of the world”, defends Mehrdad.

Finding an alternative is essential, the authors point out, to combat keratoconus, a disease that is the cause of most cases that require a transplant.

Experts estimate that there are 12.7 million people in the world waiting for a cornea, and these membranes are in short supply: there is one available for every 70 needed.

The study in question was carried out especially in countries where donation of human corneas is scarcer due to limited infrastructure. There are often impediments to the procedure, collection and storage in tissue banks.

Corneal blindness also has a socioeconomic aspect: the incidence is one million new cases per year, but it is concentrated, above all, in low- and middle-income countries in Asia, Africa and the Middle East, explain the researchers responsible for the study.

These are places where it is also more difficult to obtain a donated human cornea, due to the infinite “economic, cultural, technological, political and ethical barriers”.

While very promising, pig tissue corneas will still need to undergo further testing before being commercialized.

“The results show that it is possible to develop a biomaterial that meets all the criteria to be used as a human implant, that can be mass produced and stored for up to two years, and thus reach more people with vision problems. This helps us to overcome the problem of scarcity of donated corneal tissue and access to other treatments for eye diseases”, specified Neil. 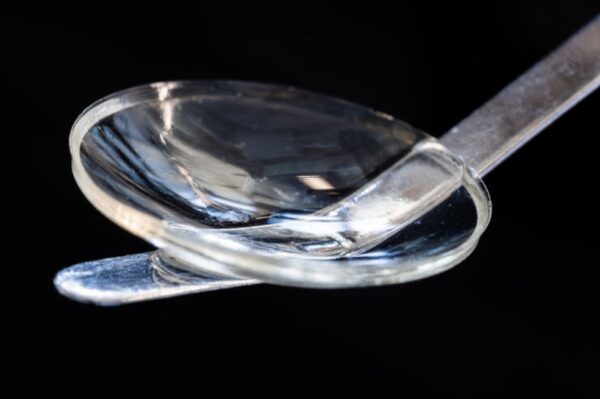