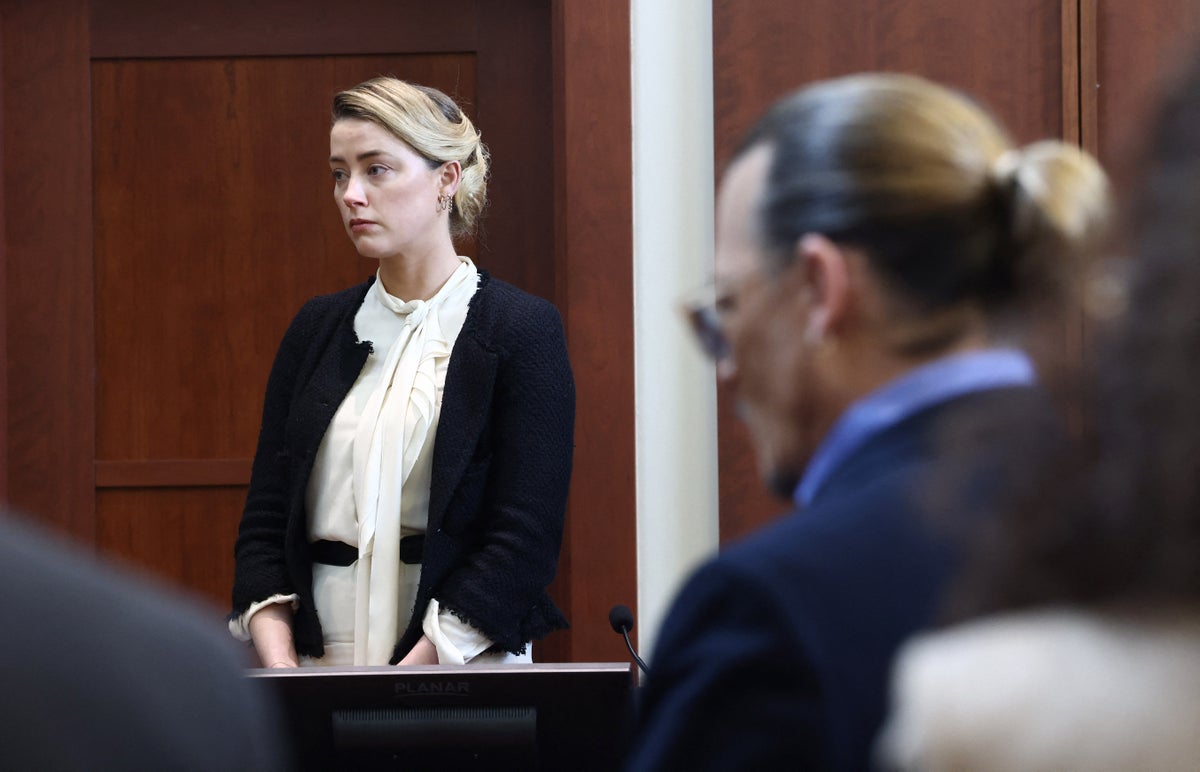 The Aquaman actress announced on Monday that she has hired high-profile attorneys David L Axelrod and Jay Ward Brown of Ballard Spahr to lead her appeal, where she hopes to overturn the multimillion-dollar verdict and avoid paying her ex-husband $10.35 million. . in damage.

Bredehoft, who represented Heard in the six-week trial, is stepping down, while Woods Rogers Vandeventer Black’s Ben Rottenborn will continue to serve as co-adviser to the team.

A spokesperson for Heard cited a “different court” and “new evidence” as the reasons behind the reshuffle of the legal team.

“When it comes to protecting the fundamental right of free speech, we look at the jury’s decision – to paraphrase a famous quote – not ‘as the beginning of the end, but just the end of the beginning,'” said the spokesperson, in a statement shared with The Independent.

“A different court warrants different representation, especially since so much new evidence is emerging now.”

Bredehoft of Bredehoft Cohen Brown & Nadelhaft described his departure as “the perfect moment to pass the baton”.

“I pledged to Amber and her appeals team my full cooperation and assistance as they progress along the path to success,” she said in a statement.

Heard’s new team seems to indicate a change in approach in their long-running legal battle with the Pirates of the Caribbean Star.

Axelrod and Ward Brown are experts in First Amendment cases and have recently represented The New York Times newspaper in her defamation suit against Sarah Palin.

Palin sued the paper over a 2017 editorial that wrongly linked her to a mass shooting. The New York Times newspaper won the case in February.

The legal duo said they will discuss the First Amendment implications in Heard’s case.

“We appreciate the opportunity to represent Ms. Heard in this appeal as it is a case with important First Amendment implications for all Americans,” Axelrod and Ward Brown said in a joint statement.

“We are confident that the appeals court will apply the law correctly, without deference to popularity, reverse the judgment against Heard and reaffirm fundamental principles of freedom of expression.”

The move comes as Depp and Heard show no signs of relenting in their legal battle against each other, with the ex-spouses filing motions to appeal their multi-million dollar libel awards last month.

Depp sued his ex-wife for defamation in a 2018 editorial to The Washington Post where she described herself as a victim of domestic abuse and spoke of feeling “the full force of our culture’s anger at the women who speak out”.

After the dramatic televised trial, a seven-person jury ruled in June that Heard defamed him on all three counts.

Heard won one of her three counterclaims against her ex-husband, with the jury concluding that Depp – through her attorney Adam Waldman – had defamed her by calling her allegations about a 2016 incident “an ambush, a hoax”.

She received $2 million in compensatory damages but $0 in punitive damages, leaving the Aquaman actor $8.35 million out of pocket.

In July, Heard filed an appeal against the $10.35 million sentence with his lawyers arguing that they believe “the court made mistakes that prevented a fair and First Amendment verdict.”

The next day, Depp filed a notice to appeal the $2 million libel sentence the jury ordered him to pay to his ex-wife.