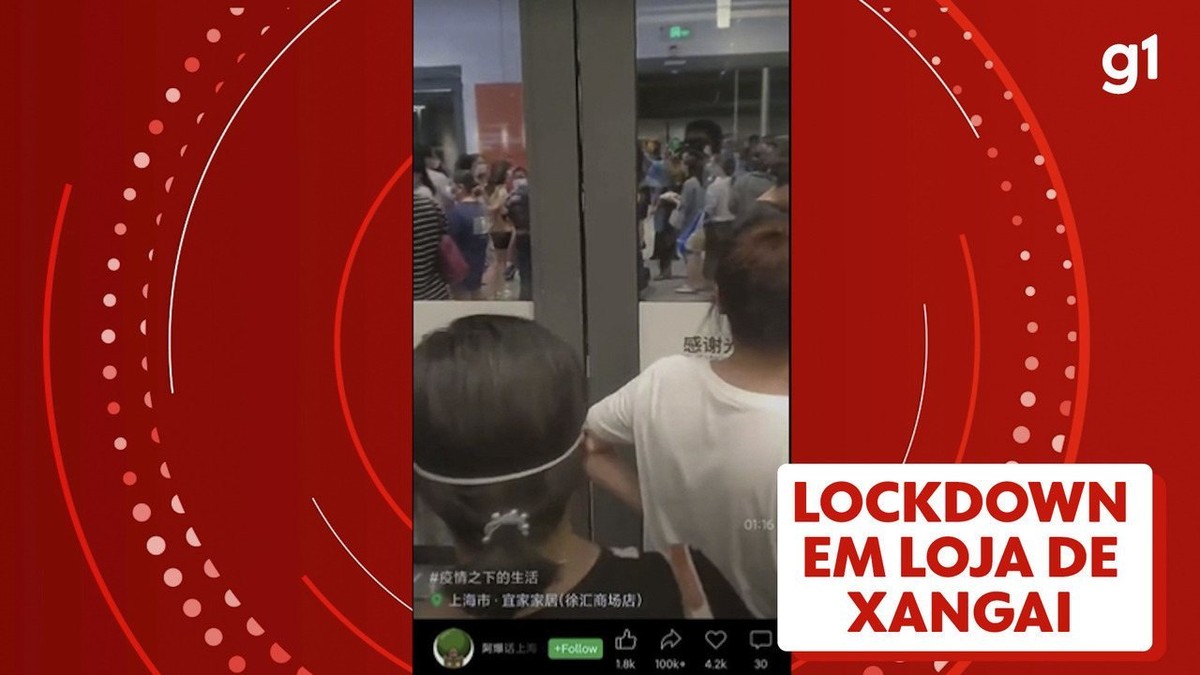 Customers at an Ikea department store in Shanghai, China, forced their way out of the store on Saturday (13) after the announcement that the store would be closed, with its customers inside, because of suspicion that a person had come into contact with one infected with Covid-19.

Videos circulating on Chinese social media showed shoppers pushing security guards in panic as the sound system announced that the mall was closing due to COVID contact tracing. (Look above)

Ikea customer service confirmed on Sunday that the mall was closed due to Covid-19 containment rules.

The motivation for the closure, according to the BBC, was that the store received a person who had contact with a 6-year-old child who tested positive for Covid-19, despite being asymptomatic.

According to the deputy director of the Shanghai health committee, Zhao Dandan, all people who were in the store will be quarantined for 2 days in their homes and will be monitored for 5 days.

There is no information on how many people were in the store at the time, but according to the local newspaper “Shanghai Daily”, about 400 people had direct contact with this boy and 80,000 people were tracked and asked to perform a PCR test.

Customers force out of the Ikea store, in Shanghai, upon learning that it would enter a Covid-19 lockdown — Photo: Reproduction/Social Networks

China is under a so-called “Covid-zero” policy, which aims to quickly stop each outbreak from spreading. Local governments have imposed shorter lockdowns where people are barred from unnecessary movement for a few days or weeks until the situation is brought under control.

Shanghai has extended its weekly COVID-19 testing requirement and extended free testing until the end of September in a bid to keep the virus at bay.

Amid this strict control, there are reports of urgent closing orders, including in unusual places, such as stores, restaurants and gyms.

Customers try to leave an Ikea store, in Shanghai, upon learning that it would enter a Covid-19 lockdown — Photo: Reproduction/Social Networks

Previous Corinthians needs a rare result in the season to advance in the Copa do Brasil | Corinthians
Next Quoted to take over Vasco’s technical command, Guto Ferreira accepts proposal and will train Serie A team