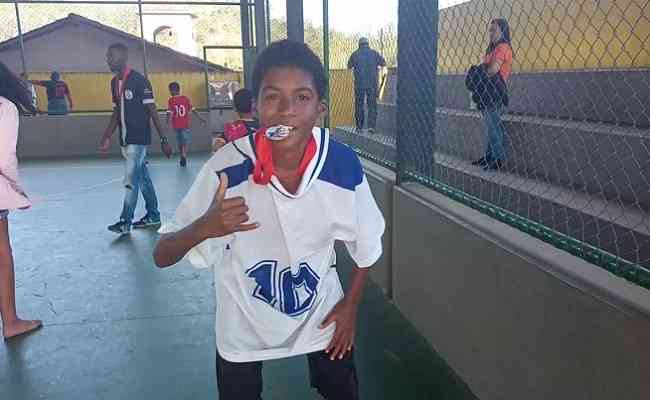 Davi Luiz, author of a goal that went viral, undergo evaluation at Cruzeiro

Author of a goal that went viral on social networks last week, Davi Luiz will undergo evaluations in the basic categories of Cruzeiro. The 12-year-old boy is in Belo Horizonte this Monday (15th) to get to know the celestial structure and carry out activities with the other athletes of the initiation.

The information was initially disclosed by the Crias da Toca page and confirmed by the supersports with the club. David’s manager, in turn, preaches caution in the agreement. According to him, several teams looked for the young man and priority was given to Raposa.

“There’s nothing signed, nothing official from Cruzeiro. Let’s talk, really, but there are numerous clubs behind. The first thing we want to talk about is Cruzeiro. He’s a young man, he doesn’t have a contract deal,” explained Ezio Mol.

“The repercussion is worldwide, not only the Brazilian club is behind. We are analyzing everything, one of each, properly, to arrive at a common denominator, to be the best for the boy. We are talking”, he said.

Davi’s mother, Isidia Rosana, also assured that “there is nothing decided yet”.

After the goal scored by Davi Luiz, several clubs sent representatives to Rio Piracicaba, the boy’s hometown. Cruzeiro sent two professionals from its base category and invited him to train at Toca da Raposa I. Atltico also sent a professional from its base and presented the young promise with a shirt.

What does the law say?

At 12 years old, Davi Luiz still cannot sign a formal contract. The boy can be registered for sports initiation activities, with a bond until the end of each season. In this way, the club guarantees indemnities referring to FIFA’s solidarity mechanism.

The first training contract can only be signed when he turns 14 years old, and can receive financial assistance, without creating an employment relationship with the club. The law establishes that athletes must close the first professional agreement from the age of 16.

He receives the ball after a full-back charged on the left wing, dominates from the chest, gives three hats without letting the ball fall and finishes in a volley without jumping, between the goalkeeper and the right post.

in contact with the supersportsthe boy commented on the repercussion on social media, said he found it a ‘normal’ move at the moment and talked about his dream of becoming a professional player.

“At the time, when I gave the first hat, I already thought about the other one, the other one came, tangling everything up. I didn’t know it was being recorded, I was rooting for it. It was the mother of a colleague of mine who recorded it. I thought it was a normal goal , but after I saw it, I said, ‘now go’. I have the dream of being a player, in search of reaching the top”, celebrated the boy.