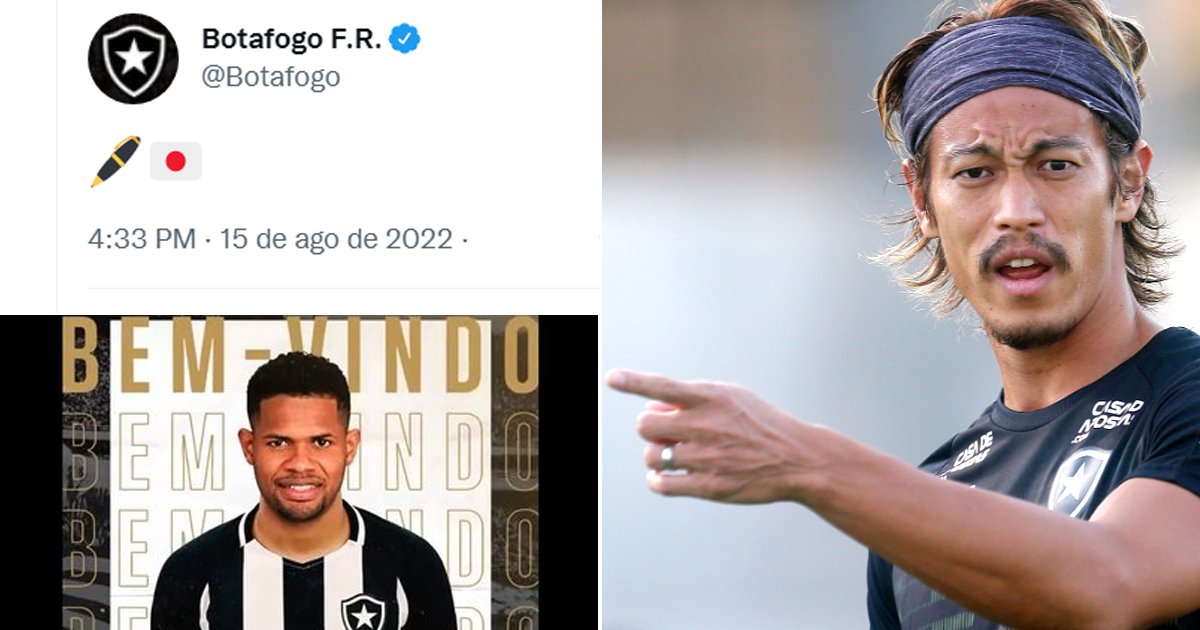 Honda ‘takes the tram walking’ in reinforcement announcement, expresses desire to see a new Japanese in Botafogo and provokes reactions from fans

star of Botafogo in the unfortunate 2020 season, midfielder Keisuke Honda answered one tweet the club on Monday night (8/15) which was part of the striker’s pre-announcement Junior Santos as a reinforcement of Glorioso.

Due to Júnior Santos arriving at Botafogo on loan from a Japanese club, Sanfrecce Hiroshima, communication alvinegra published on Twitter, minutes before the official announcement, two emojis: a pen and a Japanese flag. The publication caught the attention of Honda, a follower of the club on the social network to this day.

“I’ll be happy if you sign a Japanese player 🔥“, wrote the ex-shirt 4 of the Fogão.

Honda’s response yielded many reactions from Botafogo, including some influencers. The majority of posts did not show much nostalgia, but there were also those who sent messages of affection to the Japanese.

🐦 See the post and some reactions from Botafogo below: