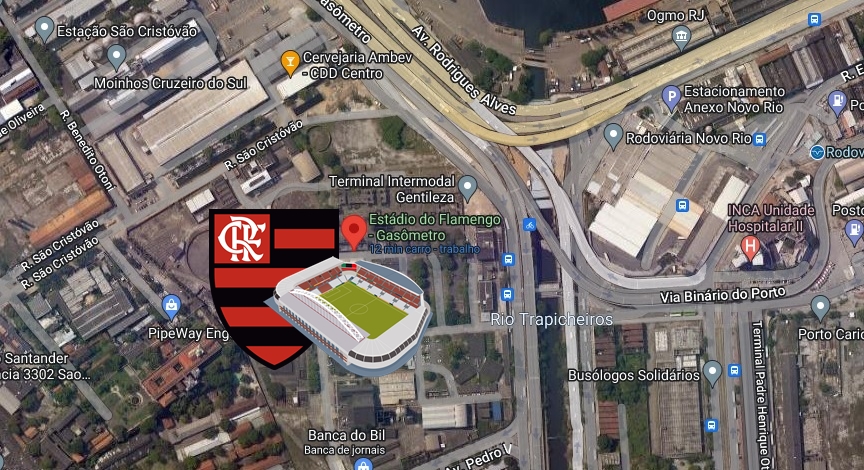 Flamengo’s idea of ​​having its own stadium is getting close to getting off the ground. Rubro-Negro is interested in the land in the Gasómetro region, close to downtown Rio de Janeiro and easily accessible to all residents of the state. However, the hammer as to the location has not yet been struck.

Still, in conversation with a fan at Maracanã hours before the match against Athletico-PR last Sunday (14)President Rodolfo Landim revealed that the Flamengo house will have a capacity of 30 thousand people more than the ”Maraca”.

“We are working to get the land. The stadium will be for at least 100 thousand. In other words, Maracanã will be for small games”, fired Landim.

In a recent interview with Young pan, Caixa Econômica Federal president Daniella Marques revealed that she asked Landim for studies on the project’s feasibility. Caixa owns the site.

”Flamengo wants to build a stadium in the Gasómetro region of Porto Maravilha. Caixa administers and manages a real estate fund that owns that land. Flamengo is interested in carrying out a real estate transaction so that we can sell the land for them and they build a stadium. I asked for the studies in the conversation I had with the president (Rodolfo Landim) about it. I asked for technical and financial feasibility studies within the bank’s governance. So, the feasibility studies have already been requested, we will accelerate”, he pointed out.

“What Flamengo presents, I am totally a defender. Flamengo deserves to have a stadium. A club of this size, of this dimension… I think that President Landim’s insecurity in relation to Maracanã, not that Flamengo will not play there, Maracanã belongs to Rio de Janeiro, to World football, but it makes sense for Flamengo to have a stadium. Whatever I can help to get it out will come out. It’s not my decision, but I make suggestions. If they buy the Olympic Park area, I’ll be happy to approve it too”, said the mayor of Rio de Janeiro at an event on Ilha do Governador, in July.