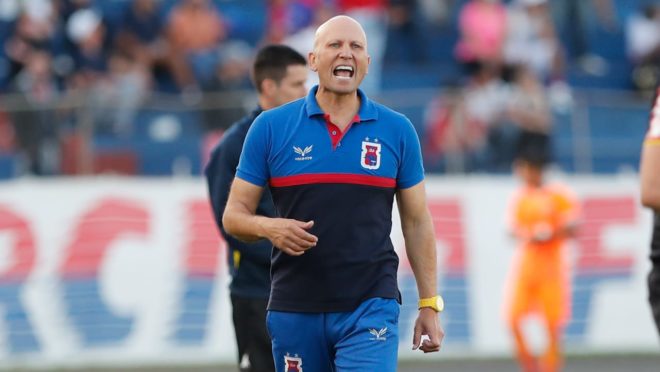 Omar Feitosa trusts in the club’s resurrection: “Paraná will survive”

the technician of Paraná Clube, Omar Feitosa, adopted a speech of confidence after the elimination in the quarterfinals of Série D of the Brazilian Championship. He apologized to the crowd and spoke of “reconstruction” and “resurrection” of the Tricolor in the coming years. As a result, the club will be without a national calendar for at least two years.

“Paraná is much bigger than any division it will play in. Paraná is in the hearts of the fans above all, it’s giant, the shirt has structure… Paraná will survive. It takes a little longer, with a little more difficulty, but Paraná will survive”, said the tricolor commander at the post-game press conference.

Paraná, now, will be at least two years without a national calendar. Relegated in the last State Championship, Tricolor will have to return to the first division of the Paranaense Championship in 2023 and finish among the first places in the 2024 edition to, then, have the chance to play in the D Series of the 2025 Brazilian Championship.

“Paraná is going to rebuild itself. It needs an action plan, the directors continue to dedicate themselves as they already are, a greater union of the club between all the counselors and the directors. Paraná will rebuild itself sooner or later. anticipate, or rather, rescue the steps that were taken down”, stated Omar Feitosa.

The elimination for Pouso Alegre represents another sad episode in recent tricolor history. The club played in Série A of the Brasileirão in 2018. Since then, however, Paraná has suffered a free fall. It dropped to Série B in 2018, to Série C in the 2020 edition (which ended in 2021) and to Série D in 2021, in addition to being relegated in the 2022 State.

“Until four or five years ago, Paraná was playing in Serie A, right? There were successive falls. Paraná will have a lot of difficulty, but, with the union that was made at this moment, bringing all people together, they effectively think about the resurrection of Paraná Clube, can do it in less time than we imagine”, concluded Omar Feitosa.