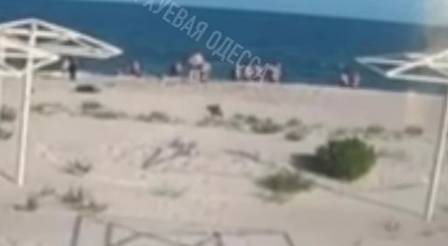 At least Two bathers died in an underwater mine explosion on Odessa beach (Ukraine).

The blast also injured two other people after a crowd of beachgoers gathered despite the warnings to avoid the coast because of security risks.

Security camera footage shared by Ukrainian media on Sunday (14/8) shows the Russian mine exploding after the group took a dive.

According to “Pravda”, two men were killed instantly by the blast, elevating to five the number of people killed by mines in the Black Sea this summer. Watch the explosion below:

A mine exploded on a beach in the #Odesa region, where there were vacationers. pic.twitter.com/1zC0fz9x3k

Fears of a Russian air attack on bathers led to a ban on frequenting the popular coast of Odessa during the summer (current season in the Northern Hemisphere).

A City Hall spokesperson said that “a group of men ignored announced restrictions to visit the coast and swim in coastal waters”.