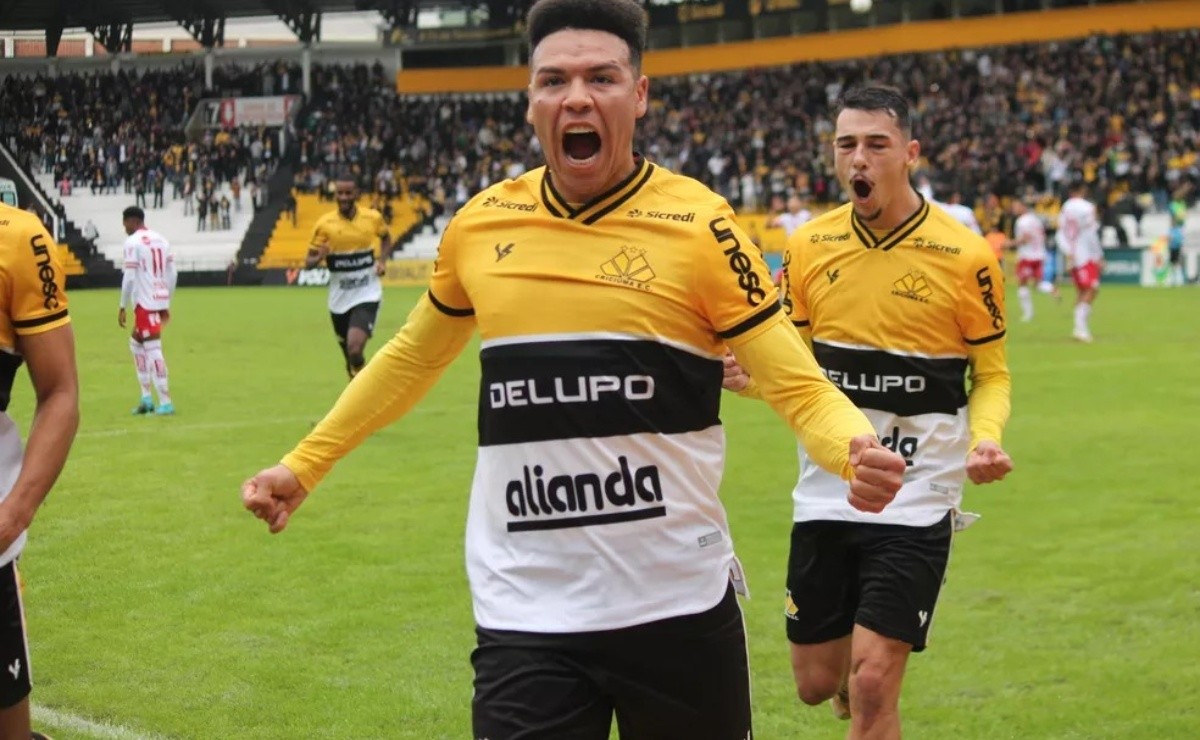 Player is expected to pass exams and sign contract

The well-known striker Marquinhos Gabriel, 32 years old, with stints at Corinthians and Santos, is the newest reinforcement of the Goiás for the remainder of the season. The player is expected to undergo medical examinations and sign a contract until December 2023.

Marquinhos Gabriel was defending the colors of Criciuma, currently in the second division. With a certain prominence in the club, the striker ended up attracting the attention of Goiás, which will pay about R$ 400 thousand to Criciuma to count on Marquinhos.

The player is now expected to pass exams and sign a contract. The contract will run until December 2023, and Marquinhos will have a higher monthly income compared to the yellow club, which continues to struggle to climb the division.

In his career, Marquinhos Gabriel has spent time at important clubs in Brazil. His best moment was at Corinthians, but also at Santos, Cruzeiro, Athletico Pr and Vasco. At Criciuma, the crowd was against his departure.

Marquinhos Gabriel will be a player for Goiás

Previous Inter: Mano claims goal disallowed against Flu: “Buttock impediment”
Next Boca defender and Benedetto return from halftime with ‘war marks’ and generate speculation of fight in the locker room