Do you want to swim in calmer waters, but without the unique sensation of experiencing the salt on your body, the sound of the waves, the sun on your face and the ocean breeze? It is possible in unique landscapes like these: the so-called natural or tidal pools, considered as such because they are composed of the sea itself with reef surroundings, or even those pools in the ocean formed by human interference.

Perfect meeting between tranquility and wild nature, they surprise by the contrast present also in their appearance. Rocks collide with churning waters and form waves and coastlines around them. Its background, which is calmer, allows the reflection of light rays and impresses by the translucent shades of blue and green, often reinforced by algae and corals from each region.

The pools that debuted this list were elected the most beautiful — and “Instagrammable” from all over the globe by the team of the magazine “Condé Nast Traveler”, a publication specializing in tourism. And those who are fascinated by this type of program, according to “CNT”, have a certain destination: Australia.

This is because seven of the 14 pools in this ranking are located in kangaroo lands. Other good options for lovers of the “tamed” sea include Portugal, France, the United Kingdom and South Africa. Meet the winners:

Why it’s unmissable: for the amenities. Initially opened in 1929 as a winter lifeguard training center, Bondi Icebergs Club is now open year-round (for a small entrance fee) for anyone who wants to enjoy the space, its spa, sauna, restaurant overlooking the sea and museum for visitors to learn its history as the most photographed swimming pool in the world.

Why it’s unmissable: very natural, it receives visitors all year round, free of charge. Formed on the rocks of Main Beach, it has a cliff overlooking the entire bay and the Pacific Hotel, highlights the publication.

Why it’s unmissable: easy access — it is located less than an hour’s drive from Lisbon, in Sintra. A few steps from vacation homes, Azenhas offers sea bathing in the fresh and translucent waters of the Atlantic Ocean with proximity to good seafood restaurants, according to CNT.

Why it’s unmissable: hot spot. Large and open 24 hours a day, Bronte Baths welcomes visitors who love sports to jog on its boardwalk, interest in the expressive architecture of Sydney’s coastline with entertainment options.

Why it’s unmissable: offer to practice sports. Located on Maroubra Beach, known as one of the best surfing spots in Sydney, it has easy access to the Jack Vanny reserve, where there are not only beautiful landscapes to relax, but also outdoor showers with cliff views and hiking trails. in nature.

Why it’s unmissable: it is a meeting point between gastronomy and water sports. Around the beach, there are many restaurants and bars with seafood and the unmissable Cornwall pastelzinho, indicates the CNT, to taste with a view of the Atlantic Ocean. In addition, on the beach where the pool is, there is rowing, various dives, stand up paddle, among other activities.

Why it’s unmissable: breathtaking view. From Camps Bay, you can see Table Mountain and the Twelve Apostles, a famous and very beautiful mountain range in Cape Town. CNT also recommends taking a dip in the late afternoon to watch the sun set on the infinity edge of the pool and then have a drink or dinner at the nearby restaurants.

Why it’s unmissable: It’s a good choice for the whole family. Rebuilt in 2011, Rockpool is actually made up of more than one pool — there are ones for more advanced swimmers and another that’s shallow enough for toddlers, from one year old. Its surroundings have parking and good restaurants.

Why it’s unmissable: privacy. Also composed of two swimming pools, it is well located in the middle of the valley and offers plenty of freedom for visitors to be comfortable with little noise and a lot of tranquility. Despite this, it is close to amenities such as a barbecue area, picnic table and children’s playground.

Why it’s unmissable: singularity. Here there is the rather rare opportunity to see a pool formed (in its walls) by volcanic lava in an extreme point of Madeira Island. On the beach, it is also possible to practice diving and explore the ancient rocks.

Why it’s unmissable: historic point. The city of Saint-Malo, founded by the Gauls in the Lower Roman Empire, was also the scene of bombers and disputes in the Second World War. On the beach, however, it is possible to relax after this dip in history, enjoy spectacular views of the reconstruction, learn to sail and practice water sports at the local school.

Why it’s unmissable: beauty. The biggest asset of Sea Point is its incredible view, but it is also easily accessible and offers good security for family swimming.

Why it’s unmissable: the size! At just over 1.6 hectares in area, this is the largest ocean pool in the entire UK. Situated at the base of a cliff, it is not only ideal for swimming: at low tide, it welcomes people interested in stand up paddle and hiking.

Why it’s unmissable: fresh waters. Between the beaches of North and South Cronulla is the heart of this pool that serves to cool off from the high temperatures of the beach. It also impresses with its many colors, thanks to the variety of rock compounds at the site.

Previous Victor Luis gets elbowed and leaves ambulance camp
Next ‘If defeat comes, they would be charging coach who didn’t stay for penalties’ 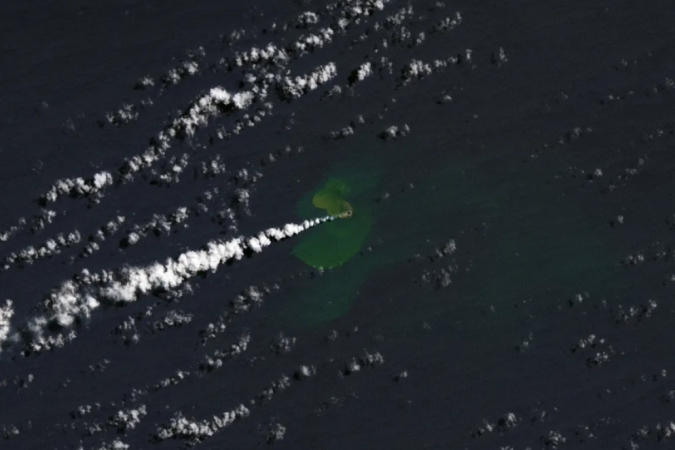