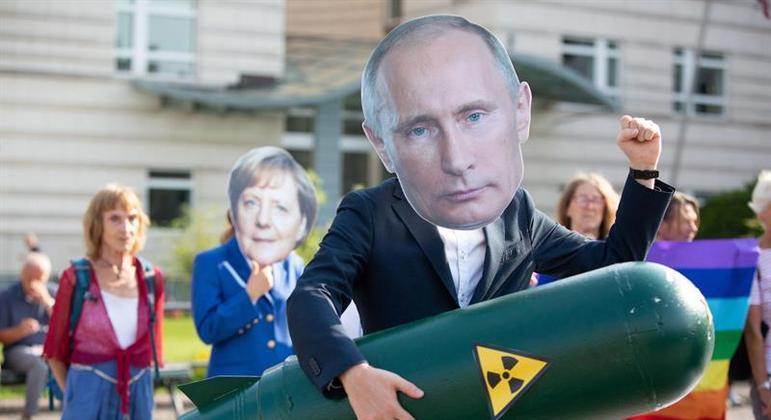 A study published this Monday (15) in the scientific journal Nature Food shows that an eventual nuclear war between the United States and Russia would provoke a global famine that could kill more than 5 billion people on the planet.

Climate experts at Rutgers University in the USA analyzed how the smoke released into the atmosphere, derived from the fires of an atomic conflict, would affect the world’s agricultural production.

Researcher Lili Xia and her group studied six possible scenarios: five of them refer to nuclear wars between India and Pakistan; while the sixth is a major conflict between Russia and the United States.

The scientists made calculations “based on the size of each country’s nuclear arsenal,” the educational institution said in a statement.

By introducing estimates into a climate model, the experts calculated the impact that the production of maize, rice, wheat and soy crops would have, as well as the changes that would be suffered by pasture lands and fishing grounds.

In the least damaging scenario of a war between India and Pakistan, the average world production of food calories would fall by 7% in the five years following the conflict. ‘In the worst case, on the other hand, this production would decline by about 90% in a period of three to four years.

The drop in crops would be especially severe in mid and high latitudes, such as the United States and Russia, major food exporters, which would have an impact on importing countries in Africa and the Middle East.

More than 75% of the planet would suffer from hunger in the worst case, according to work led by Xia, who speculates on the possibility that agricultural production, now destined for animals, could serve to feed the human population in the first moment.

The researcher disclosed that she hopes to analyze more deeply the effects of a nuclear war on the food chain in future works.

“The ozone layer would be destroyed by the heat in the stratosphere, producing more ultraviolet radiation at the surface. We need to understand the impact of this scenario on food production,” said the scientist.

Previous Nubank: learn how to change the PIX limit through the app
Next The Flash | Kausar Mohammed joins the cast of the series as Fast Track