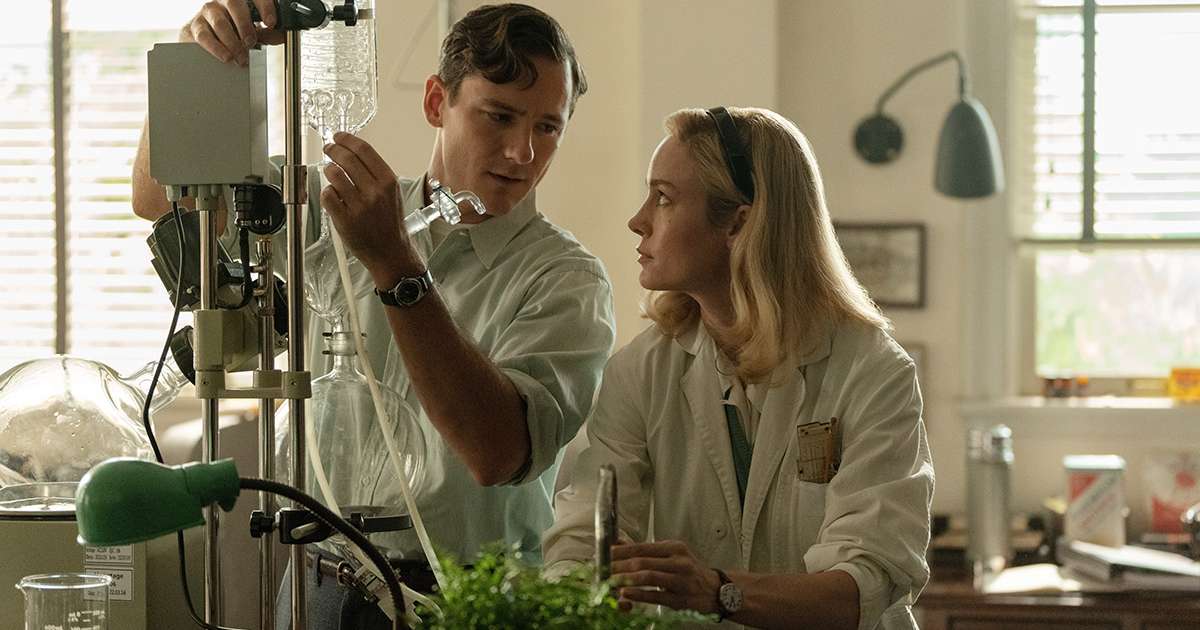 Apple TV+ has released the first photos of “Lessons in Chemistry”, a period series starring and produced by Brie Larson (the “Captain Marvel”)

Currently in production in Los Angeles, “Lessons in Chemistry” is based on the book of the same name by Bonnie Garmus, and takes place in the early 1950s.

The plot follows Elizabeth Zott (Larson), whose dream of becoming a scientist is interrupted in a society that expects domestic skills, not professional ones, from women. When she finds out that she is pregnant and alone, she is fired from the lab where she worked. As a single mother, she takes a job hosting a TV cooking show, and goes on to teach an entire nation of neglected housewives – and the men who come to watch her – about more than just recipes, while eagerly waiting to get back to his true love: science.

Developed by Aggregate Films, producer of actor Jason Bateman (“Ozark”), the series will be helmed by showrunner Lee Eisenberg (“WeCrashed”) and is expected to premiere in 2023.