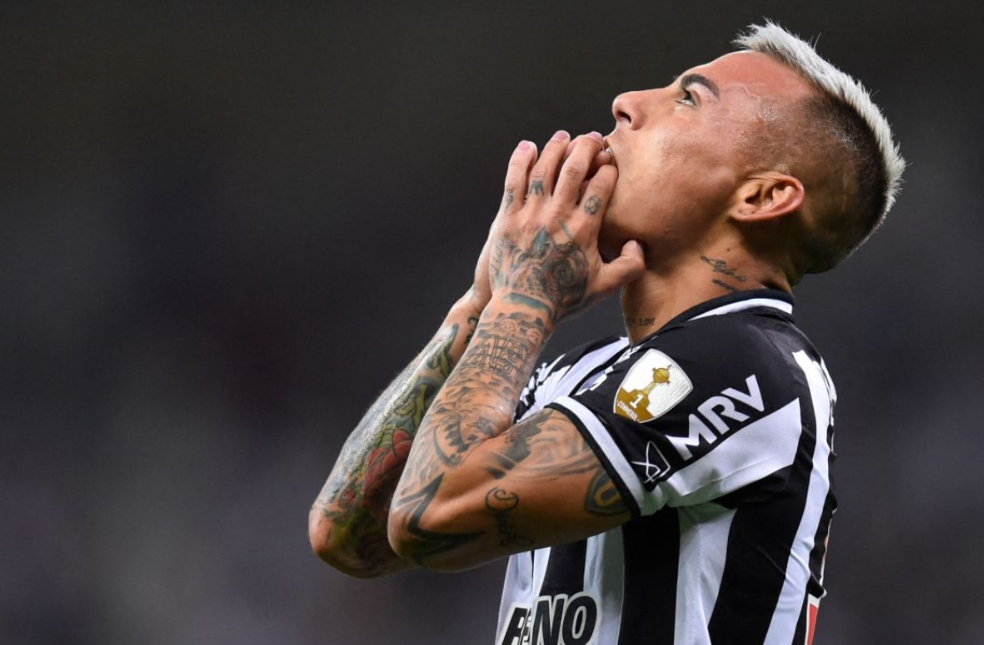 The expulsion of Eduardo Vargas in the elimination of Atlético to Palmeiras, continues to reflect in the press. Last week, the striker who was fined by the club and was out of the list for the confrontation against Coritiba, for the Brasileirão. Some fans even asked for the athlete to leave.

Annoyed, coach Cuca also made statements that left Vargas’ future open. However, it is not in the plans to give up the attacker. Sérgio Coelho, president of Galo, reinforced the confidence present in shirt 10.

“We cannot sacrifice people. We can make some decisions regarding discipline, talk. But it’s not taking an athlete of that level, the human being, and wanting to take him down, end his career and expose. We don’t do that here. We have to have respect for people.” said Sergio.

The president also doesn’t think it’s fair to crucify Vargas for the elimination of Libertadores: “We have affection and respect for Vargas. We renewed with him. It will not be because of a mistake that we will crucify the person,” he stated.

Finally, Sérgio clarifies that this matter is the responsibility of the football executive. “I leave this matter to our director Rodrigo Caetano. But Vargas is a great athlete, great player, he helped us a lot last year. National team player and deserves our respect.” He explained.

Eduardo Vargas received the second yellow card when he challenged the referee Wilmar Roldán, in the final minutes of Palmeiras x Atlético, in the quarterfinals of Libertadores. The player complained of an unmarked foul on himself, which generated the opponent’s counterattack.

At that time, the expulsion caused great damage to Atlético, since it would be one of the penalty takers in the normal post-time dispute. On the lime mark, Galo lost by 6 to 5, when Rubens wasted the alternating kick.

Recently, Eduardo Vargas renewed his contract with Atlético for another two years. According to Cuca, he will already be reinstated to the squad. The next challenge is against Goiás, Saturday, at Mineirão.

Previous The Marvels | What will be new in the film?
Next Customers flee a store in China after being told they would need to comply with a lockdown on site