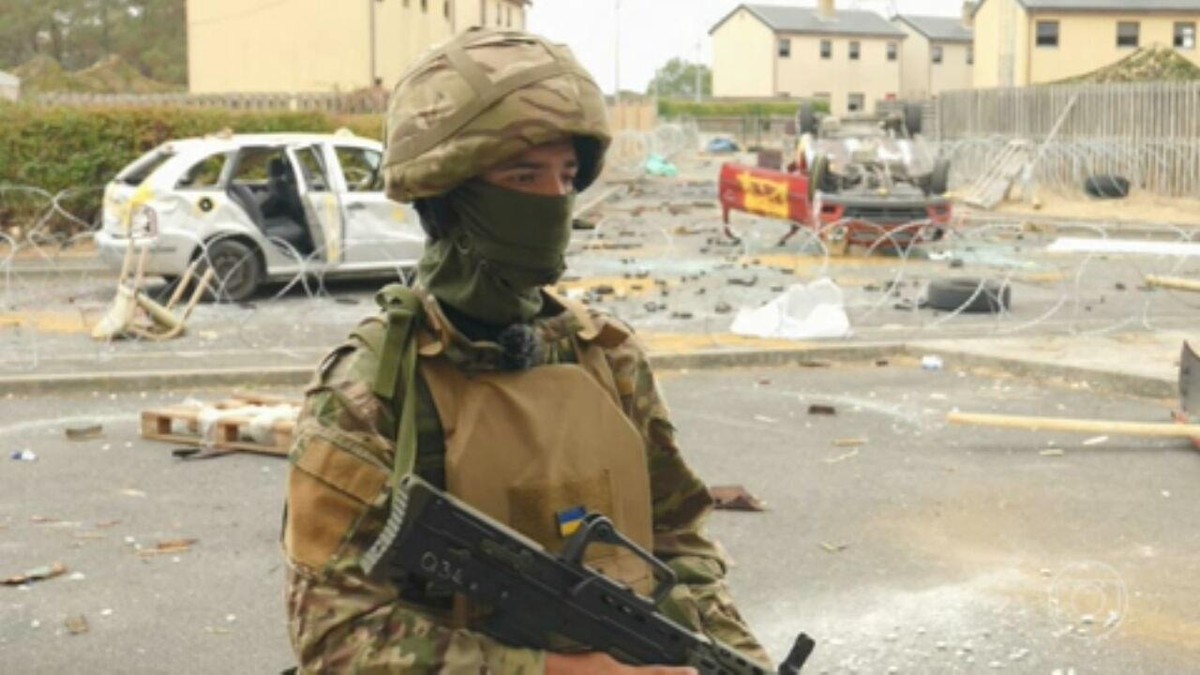 Russian President Vladimir Putin said on Monday that he was ready to share weapons of war with allies on several continents, including Latin America. The announcement is a direct response to Western countries that have given Ukraine military support.

It’s the first time many of them have picked up a gun. Before wearing the uniform, Ukrainians led an ordinary life: “I was a teacher,” says a 34-year-old woman. She says that among her colleagues there are farmers, bricklayers, mechanics, who decided to learn combat techniques.

All of them are recruits from the Ukrainian Armed Forces who are now undergoing training at a base of operations in England. The Jornal Nacional team was invited by the UK Ministry of Defense to accompany a day of exercises. This Monday, the practices take place on a terrain that simulates a situation of conflict in urban areas.

At the request of the British government, we cannot say where the base is, nor can we identify the recruits. The official explains that the goal is to train at least 10,000 Ukrainian volunteers, with little or no military experience. They learn how to move and communicate in the field and, above all, how to shoot.

On site, they use the same type of rifle as the Ukrainian army. The major says the course reproduces real war conditions.

Training is tough, says a 25-year-old business analyst. He says his parents were worried about his decision to join the military: “They just asked me to stay alive. It is horrible what they are doing to our country.”

In this effort to support Ukraine, the UK alone has donated the equivalent of more than BRL 14 billion. Donations also came from countries such as the United States, New Zealand, Japan and members of the European Union.

On the other side of the war, Russian President Vladimir Putin said on Monday he is ready to also share the most modern types of weapons with allies in Latin America, Asia and Africa.. The offer includes armored vehicles, artillery, fighters and drones.

The Russian government also said it intends to strengthen ties with the dictatorship of North Korea. And who can work with Talibanat the Afghanistanwhen it is in Russia’s interest. But Ukrainians who train in England say they are not afraid of Putin’s forces.

With a ring on your finger, a college student says he wants to get home as soon as possible. He lives in Kharkiv, one of the cities most affected by the war..

“Our families and our homes are destroyed. I just want to see my country safe again.”