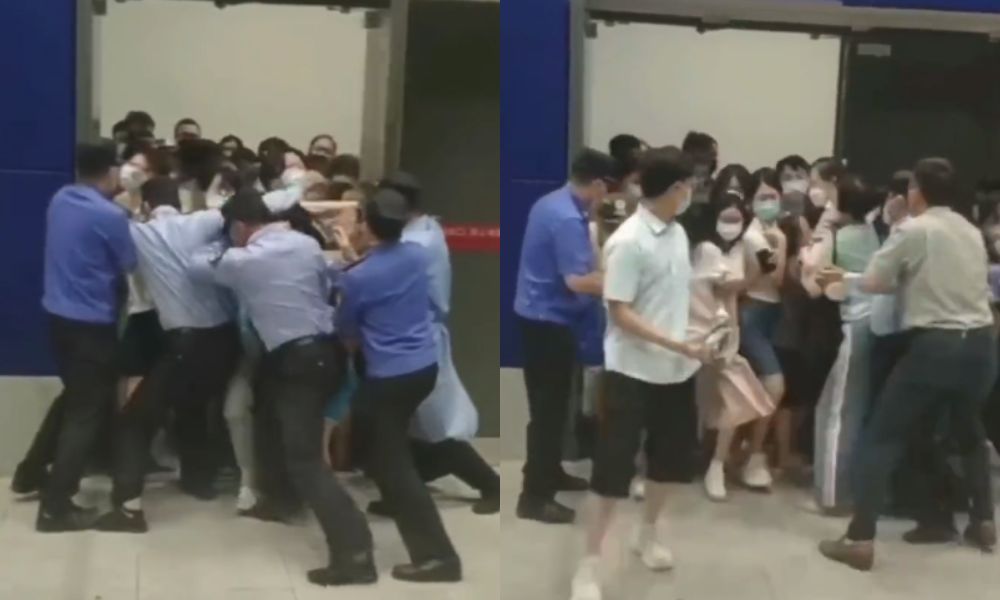 The country has a zero covid policy that seeks to quickly isolate any case of the disease to mitigate contagion; a person was diagnosed with coronavirus in the establishment

Ikea customers in Shanghai, China, who were at the store on Saturday, the 13th, were taken by surprise while doing their shopping. They were notified that they would need to comply with a lockdown at the establishment due to a person who was there and was diagnosed with Covid-19. Dissatisfied with the news, they began to force their way out of the store so they wouldn’t have to be isolated, informed the BBC. In videos shared on social networks, it is possible to see the moment when everything happens and the scenario of panic that takes over the men, women and children who were at Ikea. Security were called and tried to contain the crowd, but were unable to prevent them from leaving the store and mall in which the establishment is located. The Chinese newspaper Shanghai Daily estimates that approximately 400 people were there. Even if they fled the place, everyone who was there will need to be isolated for at least two days and being closely watched for five. The isolation of people is part of a zero covid policy adopted by China, a measure that seeks to quickly isolate any case of the disease to mitigate contagion, as well as isolating all close contacts and even entire regions.

Ikea furniture store in 🇨🇳 #Shanghai Xujiahui District suddenly announced lockdown after the detection of 1 Covid positive. 300+ shoppers frantically pushed their way out to escape. The remaining shoppers unluckily trapped inside were forced to the quarantine concentration camps. pic.twitter.com/DmUHhUPk4x

Yesterday, an abnormal health code case was presented at an IKEA in Shanghai, & the entire mall was suddenly blocked🥶

Some ppl forced their way out for fear of being sent to concentration camps, but there is actually nowhere to escape under #AmazingChina‘s digital surveillance pic.twitter.com/MWpbTOJ3kz