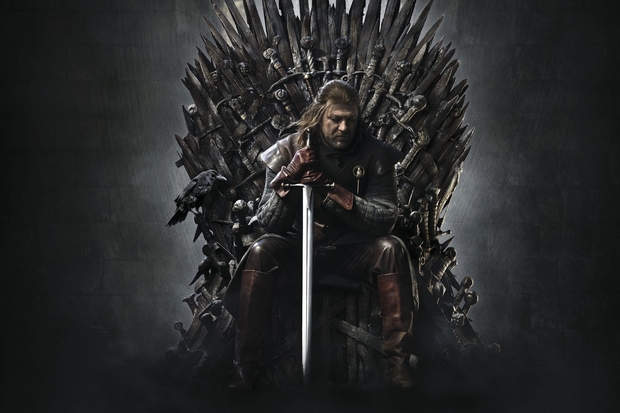 For newbies like me in the universe of game of Thrones, the biggest challenge when following the premiere season is certainly being able to understand everything that is happening in the story, especially in the first chapters. Even with many characters, places and interests at stake, the presence of charismatic protagonists, such as Lord Eddard Ned Stark (Sean Bean), made the plot quickly win me over. It all starts when three soldiers of the Night’s Watch are attacked by a type of creature known as the White Walker, which had apparently disappeared thousands of years ago. Only one of the soldiers survived, but the fact that he fled made him a deserter and cost him his life. What will be the consequences of this discredited report? I already advance that the answer is not in the first season.

The narrative is set on the continent of Westeros, which is subdivided into seven kingdoms, all ruled by King Robert Baratheon (Mark Addy). When his Hand, an advisor of sorts, suddenly dies, Robert decides to go to Winterfell to invite his old friend, Ned, to take over. As an incentive to convince him, the king proposes a marriage between Joffrey (Jack Gleeson), his heir, and Sansa (Sophie Turner), the eldest daughter of Lord Stark. This was an almost irresistible kind of proposal, but Catelyn (Michelle Fairley) didn’t want her husband to leave home for work again. Additionally, she received a message from her sister, who was married to the Hand of the King, about a possible involvement of House Lannister, Queen Cersei’s (Lena Headey) family, in her husband’s death. Despite Catelyn’s reluctance, Ned decides to accept the invitation and moves to King’s Landing with his daughters Sansa and Arya (Maisie Williams).

As we learn more about the Lannisters, it becomes clear just how despicable they are. In the debut chapter, you can already see what they are capable of doing to maintain their interests: when Bran (Isaac Hempstead-Wright), one of Ned’s youngest sons, climbs a tower and sees the queen doing sex with his twin brother, Jaime (Nikolaj Coster-Waldau), he is pushed to keep incest a secret. When he fell from a great height, the young man suffered a fracture in his spine and lost the movement of his legs, in addition to not remembering what happened. Even weakened, Bran is the target of a new murder attempt, but is saved by his pet wolf. The only one in the family who seems like a good person is Tyrion (Peter Dinklage), but there’s still a lot to come…

Across the Narrow Sea, we meet brothers Viserys (Harry Lloyd) and Daenerys Targaryen (Emilia Clarke), who have been exiled since the murder of their father, who was known as the Mad King. Aiming to reclaim the throne of Westeros, Viserys arranges a marriage between Daenerys and Khal Drogo (Jason Momoa). Drogo is leader of the Dothraki, a group of nomadic warriors who live in Essos. With the alliance, Viserys believed he might have enough strength to achieve his goal, but things won’t be that simple. The Dothraki have a very different lifestyle and wanting to change that is definitely not a good idea. When news reaches King’s Landing that Daenerys is pregnant, Robert and Ned come up with differing opinions on what to do with her.

Parallel to these events, Ned Stark’s bastard son, Jon Snow (Kit Harington), decides to join the Night’s Watch, which is based north of Winterfell and takes care of the Wall, a gigantic construction that was built to protect the Seven Kingdoms. . It’s curious to see that the fact that Jon is the son of someone important doesn’t make him different from the bad guys and the other people who are also joining the Patrol. His ancestry doesn’t bring him any kind of benefit, quite the opposite, since some start to practice attitudes aiming to try to destabilize him. Despite the initial difficulties, Jon doesn’t deny help to Samwell (John Bradley-West), another rookie, who, unlike him, can’t defend himself and doesn’t even have friends. A friendship develops between them and, little by little, the two gain respect within the group.

Over the course of ten episodes, the situation between the Starks and the Lannisters will become increasingly tense, with Ned uncovering secrets involving the king’s wife and Catelyn acting on her own seeking revenge after what happened to her son. The events involving the Targaryens also gain interesting developments, with special emphasis on the fact portrayed in the final moments of the last chapter. Another detail that surprised me was the death of some characters already in the premiere season. I had already read that game of Thrones It’s not a good series to get attached to the characters, but I didn’t imagine that in the first year we would have such significant casualties. 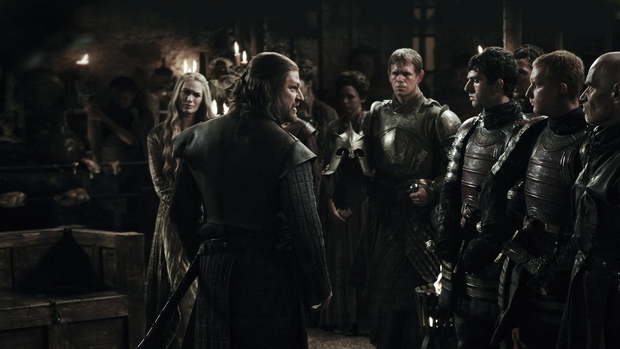 By the end of the first season, I already had a little idea of ​​why. game of Thrones became a worldwide phenomenon. In ten episodes, the attraction based on the work of George RR Martin delivers an engaging story with many outstanding characters. The connection between the kingdoms, what happened in King’s Landing before Robert sat on the Iron Throne and the various interests in Westeros are recurring themes that contribute to the depth of the plot. There’s still a lot to be developed, such as the Night’s Watch and the mysterious creatures that appeared at the beginning of the attraction. With several things happening at the same time, it is not always easy to assimilate everything that is portrayed.

In order to facilitate the understanding of the various locations present in the series, the beautiful opening also works as a map, which highlights the main points of the region and gives us a good idea of ​​where the different groups are installed. Visually, game of Thrones impresses with its beautiful scenery, costumes and special effects. The combat scenes are not so frequent, but they fulfill their role in the story very well. The cast does an excellent job and contributes a lot to the creation of several notable characters. I’m curious to know what will happen next. 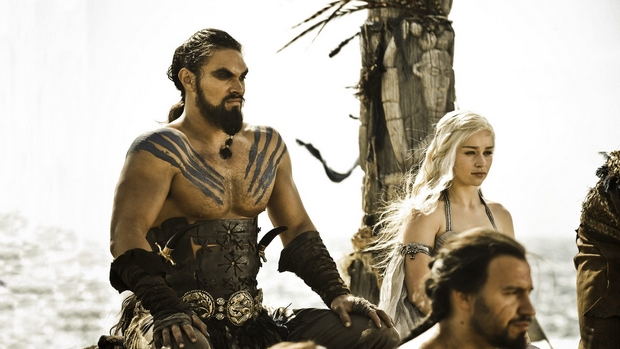