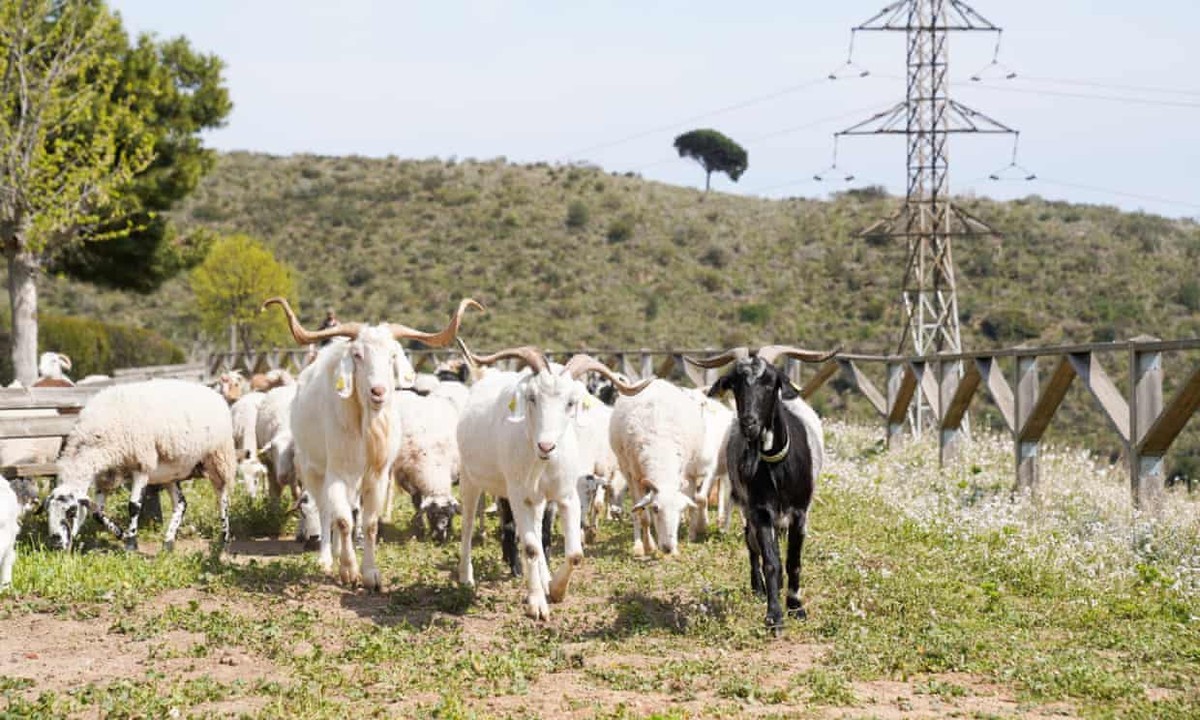 Spain had the hottest July on record, and the country faces fierce wildfires this summer. In the province of Catalonia, the city of Barcelona wants to prevent its urban parks from bringing fire into the neighborhoods.

A new fire brigade has just done preventive work in Parc Collserola, an area of ​​8,000 square meters that spreads across the hills of the municipality. The team has 290 members – sheep and goats – and their work has already caused a stir in the community, reports The Guardian.

Obeying an ancient peasant custom, these animals are a natural way of eliminating dry grasses and shrubs, which serve as fuel for large fires. When grazing, the herds create clear areas that serve as blockers in case of fire, preventing it from spreading.

“We are not inventing anything new here,” Guillem Canaleta, from the Pau Costa Foundation, a Catalan non-profit organization that has been implementing the strategy since 2016 in the province of Girona, near Barcelona, ​​told British newspaper Guillem Canaleta. “What we are doing is recovering something that already existed and was disappearing.”

The park where the new brigade is in action usually has 50 fires a year, which are extinguished without major problems. But the city’s climate secretary, Eloi Badia, says the circumstances do not allow him to take unnecessary risks. “It’s no secret that if one day there was a big fire, it would have a big impact,” he said. “It is a very urban park, surrounded by densely populated municipalities.”

In addition to extinguishing dry grass, the herds are great sowers and fertilizers, they balance the biodiversity of plants with better results than mechanical cleaning of the land, done by machines or humans.

Barcelona is yet another city adopting the strategy: in California, where more than 850,000 hectares were consumed by wildfires in 2021, a dozen companies hire goats for targeted grazing. In northern Portugal, endangered horses help to save the Faia Brava reserve. In the Canadian province of British Columbia, cattle have been used to clear areas at risk of wildfires.

The city has plans to expand the four-legged brigade to up to three herds and potentially more city green spaces.

In Collserola, the work was completed, taking care of 72 hectares of the park, Badia said. But the work of the goats and sheep had unexpected results. “There was this boom of residents who wanted to visit the animals, it became a family activity par excellence. It had this social and cultural impact.”

Previous End of an era? Apple’s 5W charger is unavailable in some stores around the world
Next Jennifer Lawrence’s Funniest Facts and Moments