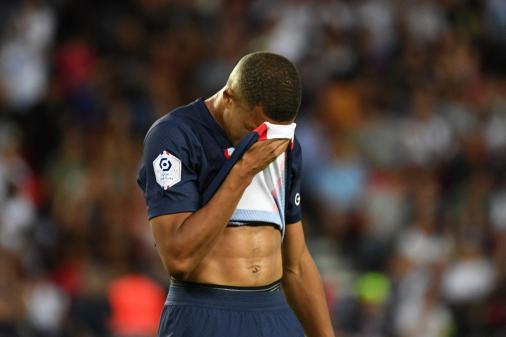 In hot weather, Mbappé argues with players in the locker room and squad ‘avoid anything worse’, according to reporter

Striker Kylian Mbappé left the field after PSG’s victory against Montpellier with many problems. According to journalist Marcelo Bechler, shirt seven had an argument in the french club dressing room with players, and part of the squad had to “intervene to prevent something worse”.

Since renewed his contract with Paris Saint-Germain, the athlete believed that he would be a kind of “team owner”. The player expected his teammates to serve him on the field, but the squad did not buy the idea of ​​​​the world champion, who finds himself increasingly isolated from the group.

Mbappé does not accept being a supporting player in the squad that has Neymar and Lionel Messi in attack. The athlete wants to finish the plays and seeks, less and less, to play without the ball. With that, the controversies within the current Ligue 1 champions are far from over.

CONTROVERSY IN THE GAME
Last weekend, the striker had the opportunity to open the scoring for PSG, but missed a penalty kick. At the end of the first half, the club had another opportunity after the referee of the match against Montpellier signaled another penalty, but Neymar took the hit and converted the goal.

At the end of the game, the Brazilian national team star liked some posts on social media regarding the controversy surrounding penalty kicks. The ace does not seem to have been satisfied with the priority given to Mbappé.

The Brazilian Team Crack also scored Paris Saint-Germain’s 3rd goal last weekend, which gives him the best start since he was hired by the French team. In three games, the number 10 has five goals and three assists, in addition to winning the French Supercup.

Also in Saturday’s match, Mbappé scored the 4th goal for Christophe Galtier’s team, but he celebrated little with his teammates. The athlete showed some dissatisfaction with the joke of part of the cast after his goal.

Previous Only Murders in the Building: episode 2×09 available
Next WhatsApp Now Lets You Revert Deleted Messages