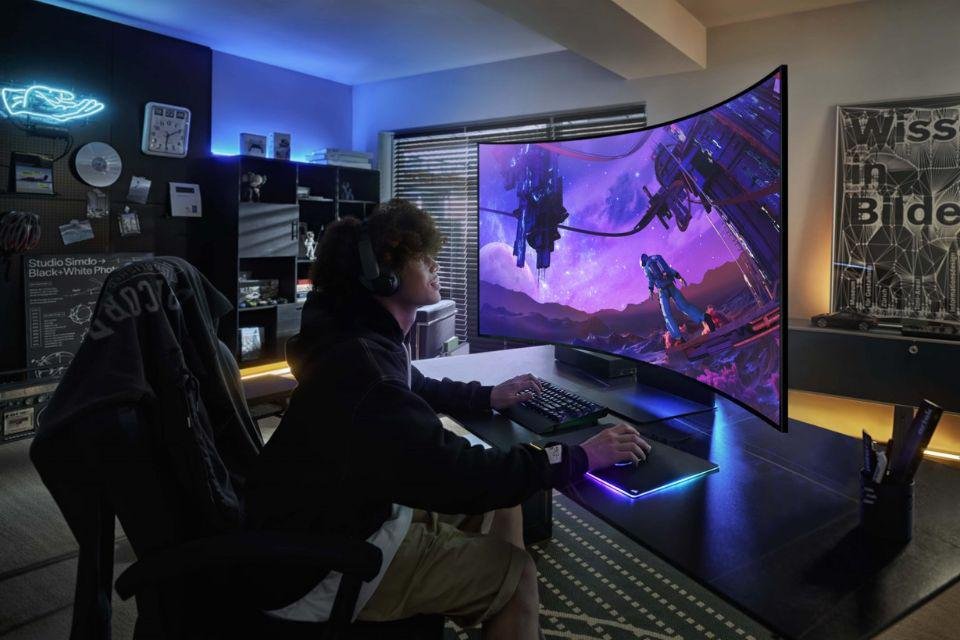 The Odyssey Ark, Samsung’s giant high-performance curved screen monitor, finally had its global launch. The product was first shown at CES 2022, where it drew a lot of attention for its massive 55” size and 1000R curvature. Now it’s available to anyone who wants it and has $3,500 left in their pocket.

“We are today giving gamers what they want – a cinematic, immersive experience – with new innovations in gaming display technology that only Samsung can deliver.” – bragged Harry Patz, senior vice president and general manager of Samsung’s display division. “Odyssey Ark is a personal cinema that introduces a completely new way to play on console or PC.”

Despite the manufacturer’s focus on games, the Odyssey Ark can also be a good choice for multitasking at work, which was even one of the ways it appeared to be used during CES 2022.

The monitor has an aspect ratio of 16:9, 4K resolution and a refresh rate of 165Hz. As a gamer product, its response time is only 1ms (GtG), and it also supports FreeSync Premium Pro.

The Odyssey Ark is now available globally for pre-order at a suggested retail price of $3,500. More details about its specs can be seen on Samsung’s official website. The arrival of the product in Brazil has not yet been confirmed, but the company has already launched other devices in the category here, such as the Neo Odyssey G9.