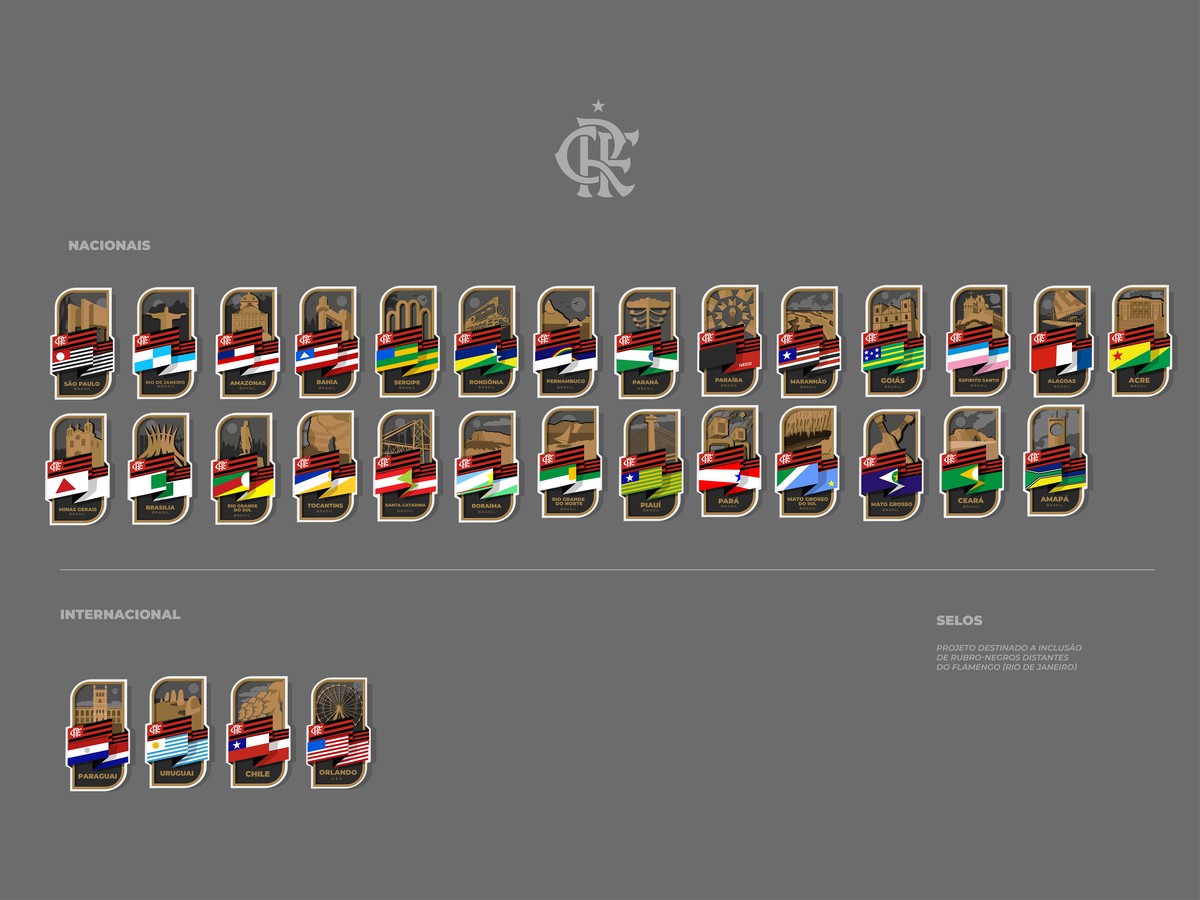 Sale of state patches is a success in Flamengo; check the ranking of those who bought the most | Flamengo

Last Friday, Flamengo presented its new third kit with a tribute to the fans with wavy stripes, alluding to the fluttering of the flags. Along with the new piece, the club also launched the states patch with the aim of bringing the club and red-black people spread across other corners of Brazil besides Rio de Janeiro.

+Shanghai does not release, and Flamengo is without Oscar in this window
+ Flamengo director details action with homeless people: “Learning”

To publicize the news, Flamengo players faced Athletico-PR with stamps of their respective states on their chests. The image joined the flag to a local tourist spot. With immediate success, Club Marketing ordered a new shipment of patches.

Check out all the patches made by Flamengo — Photo: Disclosure

As expected, the Rio de Janeiro patch was the best seller, with 2502 until 18:00 this Monday. Pará, with 159 stamps purchased, followed soon after. Check the ranking so far.

Patch isn’t restricted to Uniform 3; US seal is already marketed; Uruguay and Chile are coming

The patch costs R$29.90 and can be printed on any Flamengo shirt, not just the current one. It is possible to place more than one state flag on the shirt. Fans can buy it at one of the club’s 162 official stores across the country and also on the club’s official website, www.flamengo.com.br.

Although Vidal and Arrascaeta used patches from Chile and Uruguay respectively, these are not yet available for sale. Flamengo, however, will release them soon. However, there is a flag from another country: the patch from the United States, where the club has an official store, is on sale in Orlando. The one from Paraguay, alluding to the right-back Santiago Ocampos, from under-20 and registered in Libertadores, will also be sold.

Project managers explain how the idea came about

The state patches were conceived in a partnership between Daniel Bonvini, Flamengo’s product licensing manager, and Gustavo Desenho, the club’s Head of Branding, who works in brand management and in the development of visual identities.

– I don’t remember exactly when it came about, but it wasn’t a simple execution, but you have a very large and industrial design work. The idea came a lot from the motto of honoring the fans, which we have been doing since the launch of the 1 uniform. All three shirts are connected by the waving of the flag.

– And we wanted to bring a greater sense of belonging. Despite being from Rio, the fans are all over Brazil. If we are not first in some state, we are second, third or fourth. We looked for some physical element that would show the national and global scope – explained Bonvini. 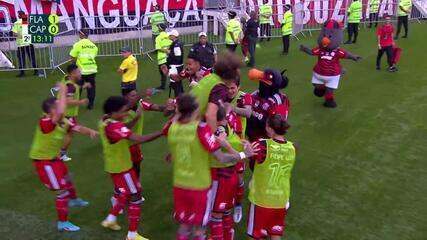 Best moments: Flamengo 5 x 0 Athletico-PR for the 22nd round of the Brasileirão 2022

To connect the state flag to a tourist spot – the Rio patch, for example, has the coat of arms associated with Christ the Redeemer – Flamengo made an election with shopkeepers from all over the country.

– We made an election. We have 162 stores throughout Brazil, and we asked store owners to vote on which would be the most relevant tourist spot in each state. The guy who has the store in Manaus talked about Teatro Amazonas, the guy from the store in Espírito Santo talked about the Penha Convent. Each one gave an idea of ​​what to put there to create the elements.

– It is good to highlight the greatness of Flamengo. Nobody has 162 stores, nobody has more than 200 schools in Brazil. We have a partner to do this project, which is very good. The expectation is that we will do more projects in this line of bringing ways to customize your shirt with relevant themes not only related to Brazilian states.

Gustavo Desenho points out that the biggest graphic challenge for himself and his team was to make minimalist patches, since the state flags are full of details.

– One of the biggest challenges is that state flags are very rich in coats of arms and designs, they have a lot of details. Our idea was to make minimalist flags. The designer’s biggest work was always showing Daniel: “Can you see Rio de Janeiro in this flag?”.

– We made a partnership with Cromotransfer, which developed the stamps. We started to see how to include and create a stamp like “You are part of us too, we are a nation”. We thought about how to create something that would unite the fans more and we did it. I hear many people saying: “we don’t like patches, but we want this one” – added Gustavo Desenho.

Previous What do Angelina Jolie, Morgan Freeman and James MacAvoy have to do with managing organizations? – USP Journal
Next Check out the real capacity of the new 5th generation internet