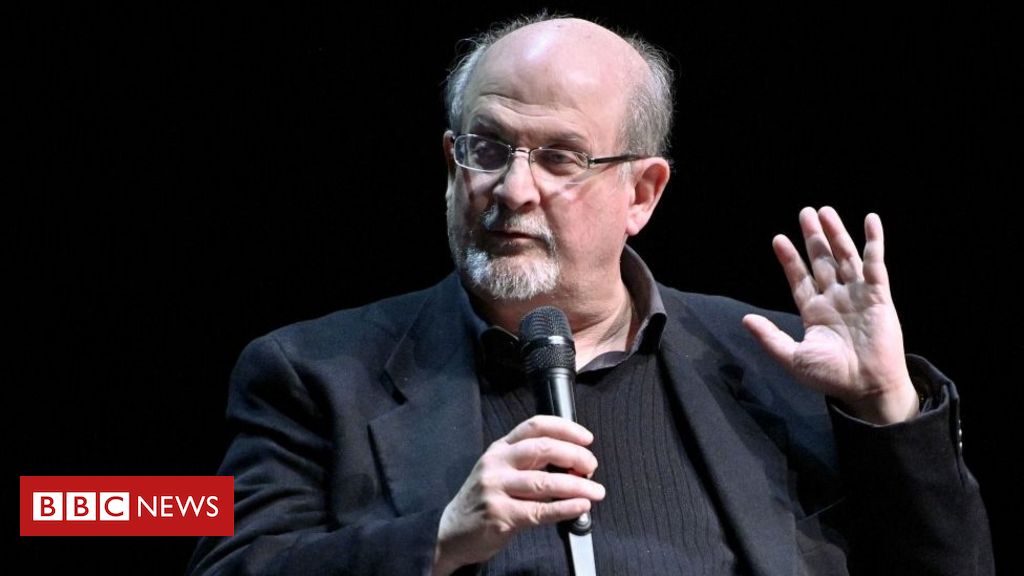 Iran “categorically” denied any connection with the attack suffered by writer Salman Rushdie – and blamed the writer himself for the aggression.

Rushdie, 75, was seriously injured after being stabbed on stage at an event in New York, United States, on Friday (8/12).

Book author The Satanic Verses (Companhia das Letras), considered blasphemous by the Muslim community, Rushdie was forced to live in hiding for ten years after publication in 1988.

He has been under death threats for 30 years, ever since the government of Iran issued a fatwa (a kind of religious decree) with a reward of thousands of dollars for his murder.

Rushdie is still admitted to the hospital in critical condition, but is awake and able to breathe unaided.

Iranian media commented extensively on the attack, calling it “divine retribution”. Iranian state broadcaster Jaam-e Jam featured a report saying Rushdie could lose an eye after the attack and claiming that “an eye of Satan has been blinded”.

On Monday, Iran’s Foreign Ministry spokesman Nasser Kanaani made the first official statement on the matter and said that Tehran “categorically” denies any link to the attack, adding that ” no one has the right to accuse the Islamic Republic of Iran”.

He also claimed that free speech does not authorize Rushdie to insult the Islamic religion and blamed the writer for the stabbing himself.

“In this attack, we do not consider anyone other than Salman Rushdie and his supporters deserving of blame and even condemnation,” the spokesman told a news conference.

“By insulting the sacred subjects of Islam and crossing the red lines of more than 1.5 billion Muslims and all followers of divine religions, Salman Rushdie exposed himself to the rage and fury of the people.”

The spokesman said Iran has no information about Rushdie’s attacker.

A spokesman for UK Prime Minister Boris Johnson said it was “ridiculous” to suggest Rushdie was blamed for the attack, adding that “it wasn’t just an attack on him, it was an attack on the right to free speech”.

US Secretary of State Anthony Blinken accused Iran’s state media of bragging about the attack, calling the behavior “despicable”.

He said in a statement that Rushdie “consistently defended the universal rights of free speech, freedom of religion or belief, and freedom of the press.”

“As law enforcement authorities continue to investigate the attack, I am reminded of the pernicious forces that seek to undermine these rights, including through hate speech and incitement to violence,” Blinken said.

“Specifically, Iranian state institutions have incited violence against Rushdie for generations, and state media have recently bragged about the attempt on his life. This is despicable.”

Blinken added that the United States and its partners will use “all appropriate tools” at their disposal to address these threats.

As part of the agreement to return to diplomatic relations with the United Kingdom, the government of Iran issued a statement in the 1990s saying it would not support or attempt to stop attacks on Rushdie.

However, the fatwa that called for his assassination remains active, because it could only be revoked by the leader who issued it – Ayatollah Khomeini, who died in 1989, a few months after issuing the decree.

In 2012, an Iranian religious foundation very close to the government said it would add $500,000 to the reward for Rushdie’s death.

On Sunday, Rushdie’s son said the author was still in critical condition. “Although the injuries are serious, his usual aggressive and defiant sense of humor remains intact,” he said.

The family was “extremely relieved” when Rushdie was taken off a ventilator on Saturday, he said, adding that his father was able to “say a few words.”

Plaintiff’s agent Andrew Wylie said he had severed nerves in one arm, liver damage and will likely lose an eye.

The man accused of Friday’s attack – named Hadi Matar, 24 – has pleaded not guilty to charges of attempted murder and assault.

He is accused of running onto the stage and stabbing Rushdie at least ten times in the face, neck and abdomen.