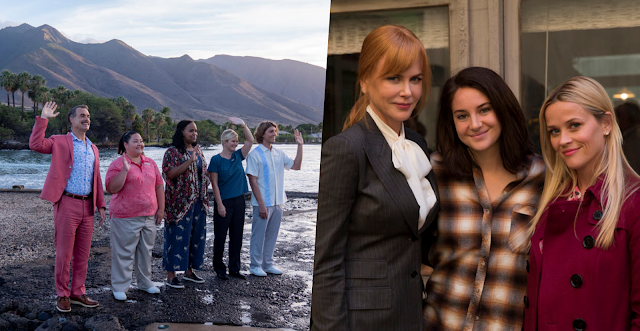 The best secrets are hidden in the most unlikely places and HBO Max is no different.

With so much content about HBO Max, it’s easy to lose sight of the variety of things to watch. In addition to its great debuts and the spectacular franchise FROM THE CINEMA TO YOUR HOMEa HBO Max there are many Hidden Gems, both series and movies, that you can’t miss.

It is well known that searching for content to watch can be time consuming, especially when there are so many good options, so HBO Max has chosen the best solution for you and has prepared a list of outstanding series, considered Hidden Gems, that you have to add to your list:

BIG LITTLE LIES, the critically acclaimed HBO original drama, follows a group of Californian mothers whose seemingly perfect lives are upended by a brutal murder. Their relationship seems ideal, but it hides many secrets. These three women form strong bonds that make them allies in a community where nothing is as it seems.

On the other hand, THE UNDOING is a psychological thriller miniseries that tells the story of Grace Fraser, a successful therapist whose life falls apart when a violent death unravels horrific secrets. Is her husband responsible?

Fun Fact: Both series share a lot more traits than meets the eye. Not only do they have the same protagonist – Nicole Kidman – but they also have the same writer and stories that have the necessary ingredients to make them addictive: murder and mystery.

If you like productions with tougher police officers, uncertainty and the discovery of mysteries, it’s worth checking out:

THE MENTALIST: Simon Baker is Patrick Jane, a freelance consultant for the California Bureau of Investigation (CBI), who uses his observation skills to solve serious crimes. His life is turned upside down when he defames on a TV show a serial killer known as Red John, who then violently murders his wife and daughter in revenge.

PERSON OF INTEREST: Harold Finch is a mysterious billionaire living in New York who has developed a computer program that predicts the identity of those involved in a future crime. With the help of John Reese, a former CIA agent who was left for dead, the two try to stop these crimes.

Similar titles: TOP OF THE LAKE and DEXTER.

For fans of the supernatural and the fantastic, there are always options:

SMALLVILLE: From the ashes of the Smallville tragedy, a teenager tries to learn the meaning of his life and his dark past. For Clark – or Superman – his strength and strange abilities are an uncomfortable barrier that separates him from his peers.

SUPERNATURAL: Sam and Dean Winchester lost their mother to a mysterious demonic force. Now, the Winchester brothers cross the country, fighting every supernatural threat they can find.

Now, if you like when fiction makes history, you can’t miss these war and power series:

THE PACIFIC: Based on reports from WWII sailors, this ten-part miniseries follows the routine of the US Marines during battles against the Japanese in WWII.

BAND OF BROTHERS: Within its ten chapters we can see the trajectory of Easy Company members during the Second World War. From its formation to its liberation from Nazi Germany, including its parachuting into Normandy on June 6, 1944.

If you’re drawn to comedy and satire, now’s your time:

THE WHITE LOTUS: HBO’s original miniseries offering social satire. Over the course of a week, several guests at a Hawaiian resort relax in paradise while on vacation. But with each passing day, a darker complexity emerges in these perfect travelers, the hotel’s staff and the idyllic location itself.

2 BROKE GIRLS: Set in Williamsburg, New York’s Brooklyn borough, this classic (yet unpublished) comedy series chronicles the lives of two twenty-something waitresses who work together in a restaurant to fulfill their dream of opening a cupcake business. .

And, finally, for those who have come this far and prefer to opt for insurance, there are the usual classics:

CASA, LAR: The series revolves around Dr. Gregory House, a misanthropic, egomaniacal, medical genius with a strong and striking personality, who heads the medical diagnostics department at the fictional Princeton-Plainsboro University Hospital in New Jersey, led by Dr. Lisa Cuddy.

MAD MEN: The series that took all the awards. Mad Men follows a prestigious New York advertising agency in the early 1960s, focusing on Don Draper, a seductive and extremely talented executive with a mysterious past.

In addition, you can find several titles, such as STARSTRUCK, SILICON VALLEY, THE NEWSROOM, IT’S A SIN and much more.

Enjoy the best series made for you, only on HBO Max.