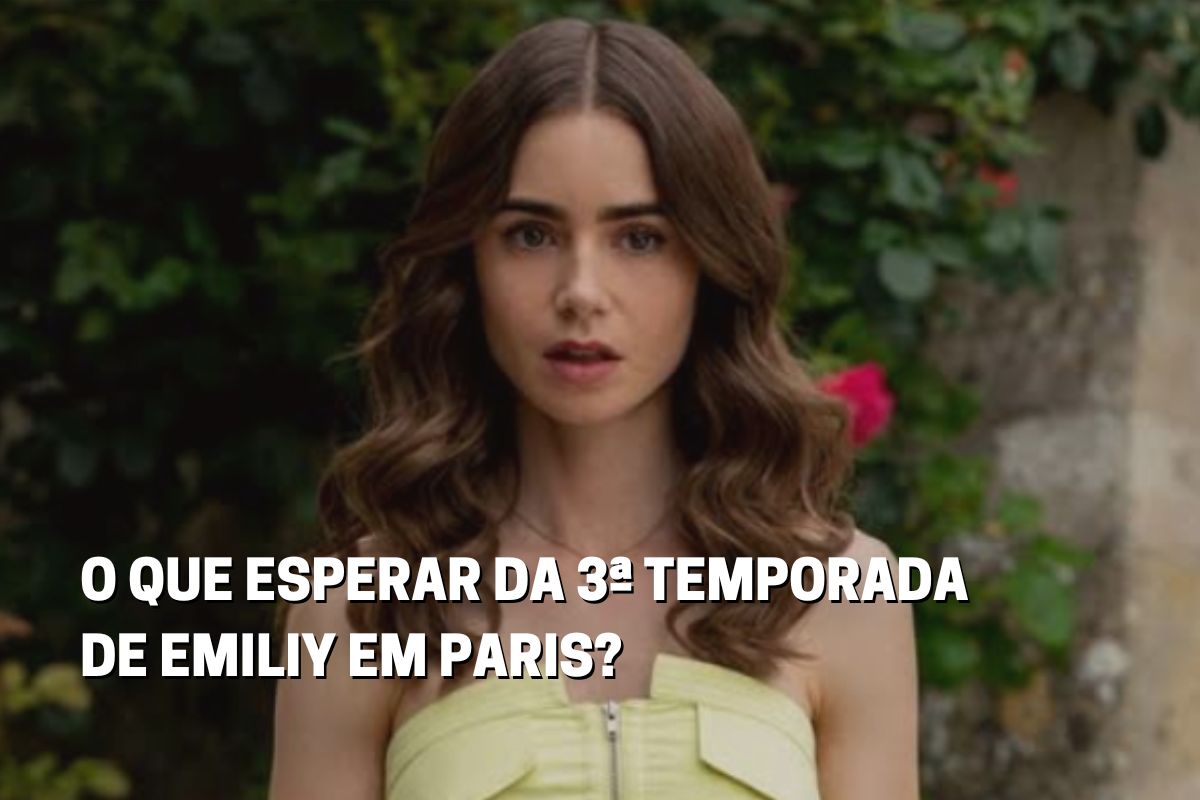 Emily in Paris won the hearts of Netflix subscribers and became one of the biggest hits in the world. streaming. To the delight of fans, the series will get not only a 3rd, but also a 4th season.

The news was announced by Netflix in January of this year, shortly after the release of the 2nd season, which arrived in the catalog in December of last year.

I came with fresh news straight from France for you: Emily in Paris is officially renewed for seasons 3 and 4. 💖🍾 pic.twitter.com/hmKfUlIHCT

Since the announcement, fans of the series have been dying of curiosity to know news about the production. For now, Netflix has yet to announce a premiere date. See what we already know about the 3rd season of Emily in Paris.

What is known about season 3?

For now, not much information has been released about the next season. What we do know is that it is already being recorded. The official profile of Emily in Paris announced on Instagram the start of recordings with the cast that returns to the city of Paris.

“Back at a table together, and not for a client meeting or dinner. Production on season 3 is starting now,” reads the caption of the photo posted on June 1st.

A novelty for the new season is that actor Lucien Laviscount, who played Alfie, the French classmate and also Emily’s (Lily Collins) affair, returns to the cast. Now, the actor is no longer a recurring character and becomes part of the regular cast.

The news, announced by series creator Darren Star, may give us a clue about the future of Emily, who was in love with Gabriel, but was involved with Alfie.

Looking forward to the next season Emily in Paris?

The direction of the character Emily is a big mystery for fans of the series. That’s because, at the end of the second season, the American has to make an important decision.

The young woman temporarily moved to France to work at Savoir, a company bought by the place where she worked in Chicago. However, Savoir boss Sylvie decided to open another company and invited Emily. Now, she has to decide if she wants to stay in France or go back to her normal life. At the end of Season 2, she lets Sylvie know that she already has the decision, but we won’t know until the new episodes.

Also, your love life should continue to be full of challenges, as in previous seasons. Last season, we saw that Emily realized she was in love with Gabriel (Lucas Bravo). But when he went to confess, he discovered that his friend and ex-girlfriend of Gabriel, Camille (Camille Razat), had resumed the romance with the boss.

Emily is still in a relationship with Alfie, who has come to France for work and is about to return to London. We still don’t know the future of this relationship, but with the confirmation of the actor in the regular cast, the romance between the two should still yield a lot of story to tell.

Actress Lily Collins commented on the future of her character in an interview with Elle magazine.

I’m dying to know what the decision is, because I don’t. I’m just as confused as Emily was

But one thing we can be sure of, Emily’s life must continue this roller coaster of feelings. Full of ups and downs, Emily in Paris always delivers surprise, excitement, fashion scandals and entertainment to fans. We don’t expect anything different from that for the next season!

Previous 5G is released in Goiânia: see which cell phones can receive the signal and which neighborhoods technology will be available | Goiás
Next Joel Santana campaigns in English: ‘You’re the brinqueichon?’