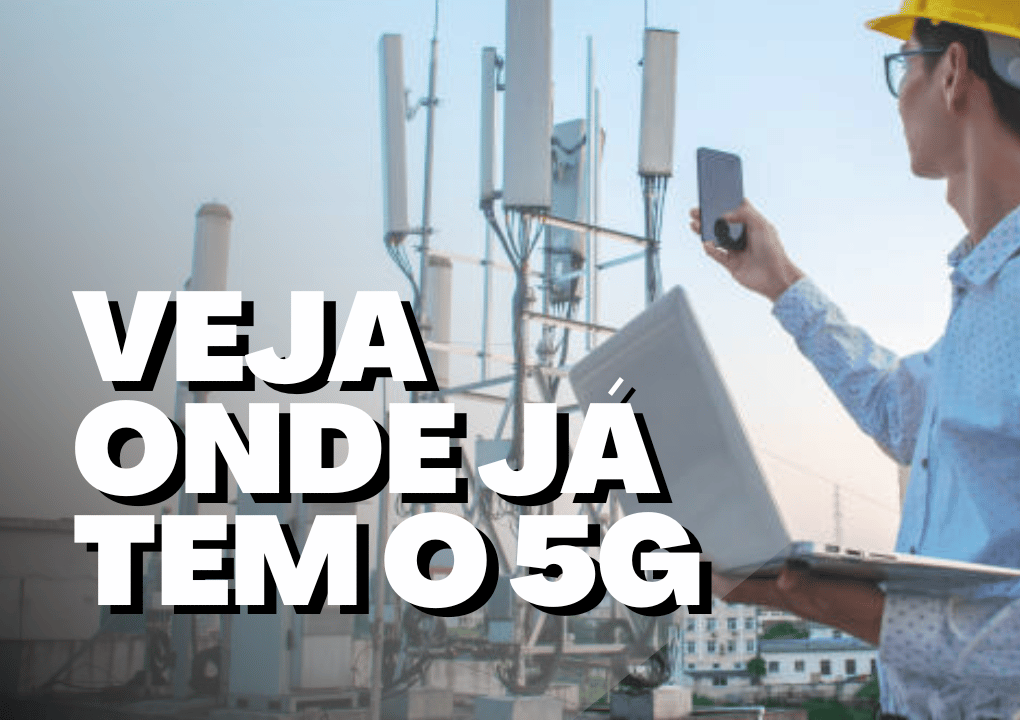 Check the regions of Brazil that already have 5G AVAILABLE

The pure 5G signal, known as Standalone, starts working in Goiânia (GO), Curitiba (PR) and Salvador (BA), since yesterday (16). According to the Goiânia City Hall, for example, the city will have 22 antennas installed for this technology. However, the connection is already present in other locations. Want to know which regions of Brazil already have 5G available? See further below.

Namely, this is the new generation of Mobile Internet, an evolution of the current 4G connection. Until then, the promise is that it will bring more speed to browse, download and send files, reducing the response time between different devices and making connections more stable. But remember: to connect with 5G, you must have a cell phone compatible with the technology. Next, learn more about.

Check the regions of Brazil that already have 5G AVAILABLE

By the end of September, all major Brazilian capitals must activate 5G. The deadline was August, but due to the delay in sending the equipment, Anatel decided to postpone it. In this sense, the next cities to receive 5G should be Rio de Janeiro (RJ), Palmas (TO), Florianópolis (SC) and Vitória (ES).

Still, an Anatel study group considers further delaying the debut of 5G in cities in the North and Northeast. The alleged justification is the lack of lane cleaning equipment.

That’s right! The implementation of the connection depends on a green signal from Anatel (National Telecommunications Agency), which evaluates the progress of each city in the installation of filters in the 3.5 GHz band — the “sky avenue” through which the new signal passes. connection.

This is one of the main criteria for Anatel to release 5G in a location. The cleaning of this “road” is done so that the 5G signal does not interfere with the operation of satellite TVs. This is because it is estimated that 10 million families in Brazil still watch television using this signal.

Then, the agency does tests to ensure that there will be no problems for this audience. Even those who have a satellite dish can receive a free kit to continue to have access to the TV signal.

See too: Which iPhones support the new 5G technology? List brings together compatible models, check it out!