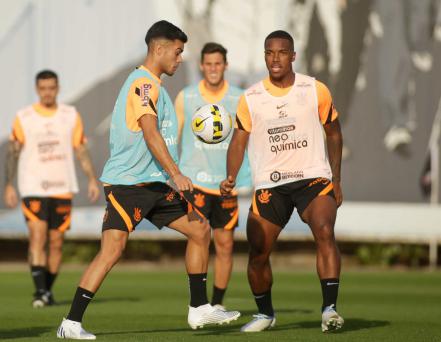 O Corinthians ended on Tuesday afternoon (16) the preparation for the return game of the quarterfinals of the Brazil’s Cupagainst Atletico-GO.

Timão has the challenge of overcoming a two-goal difference, which Dragão built in the first match, in Goiânia, three weeks ago.

Coming from an elimination in the Libertadores quarterfinals and a defeat in the classic against Palmeiras, which distanced the white-and-white club from the Brazilian title, this midweek match gained great weight for Timão.

Coach Vítor Pereira led a ball possession activity on a reduced field, followed by tactical work aimed at the match, which will be played at Neo Química Arena.

The Corinthians squad also trained set pieces, including penalty kicks. If they win by two goals, Corinthians will have to go through the penalty dispute.

Having already played in the Copa do Brasil for Internacional, defender Bruno Méndez is guaranteed absence for the game against Dragon. Right-back Rafael Ramos is doubtful, after having felt a muscle problem in his thigh at last weekend’s Derby.