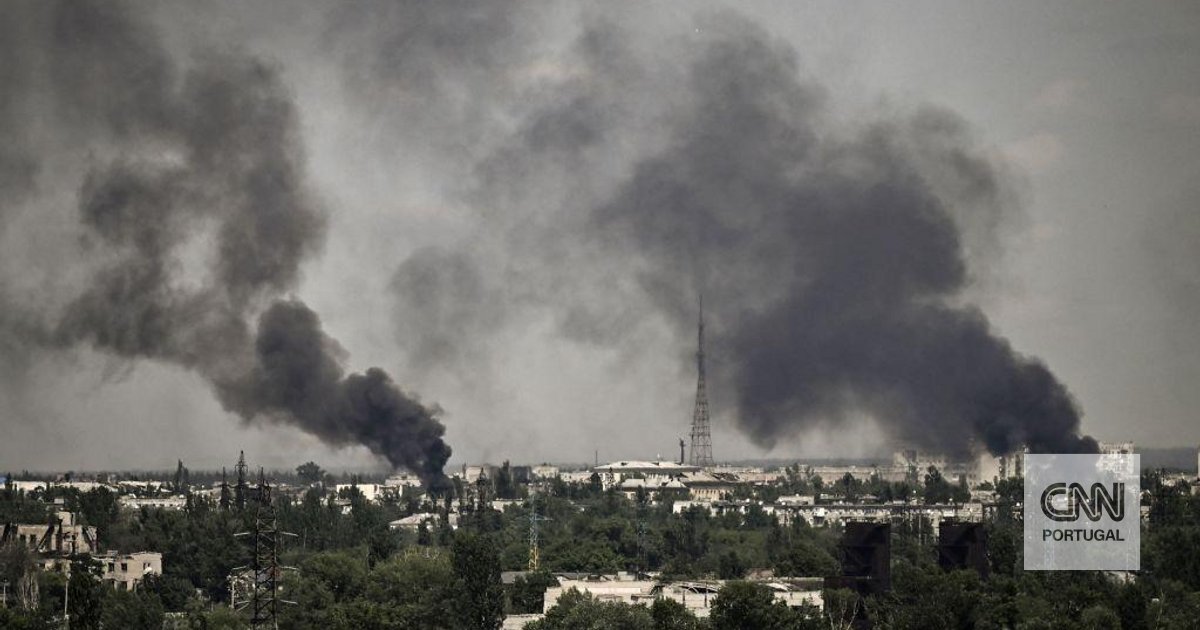 Create “chaos within Russian troops” – and take advantage of “a very specific sloppiness” of them: Ukraine’s “mysterious attacks” are underway

War on the move is over and Russia and Ukraine transition into static conflict, increasingly similar to World War I

Tens of thousands of people flee in panic. The lines of cars stretch for several kilometers and everyone is looking for an exit, but the only bridges that offer an escape are not capable of carrying such a large flow of people. This was the result of what Ukraine says is its new strategy to “create chaos” deep inside Russian-occupied territory.

Mykhailo Podolyak, adviser to Ukrainian President Volodymyr Zelensky, guarantees that “in the next two or three months” Russia will suffer a series of “mysterious attacks” such as those that took place at the Saky air base and the Dzhankoi weapons depot, as well as in the interior of Crimea, more than 200 kilometers from the front. Although Ukraine did not claim responsibility for these attacks, the Russian Defense Ministry was quick to pinpoint the cause of the attacks as acts of sabotage.

For experts, these acts are an inevitability. Whenever two armies face each other, their first action is the assessment of the adversary’s combat capabilities. With lives at stake, generals insist on understanding how strong the enemy is, the number of soldiers they have, the equipment at their disposal and the capabilities of their air force, in order to be able to avoid strong points and attack opponent’s weaknesses. This is something that has been going on since the early days of the Russian invasion of Ukraine, when the Ukrainian armed forces, faced with the enormous military might of Moscow, chose to defend themselves inside cities and ambush logistical supplies.

An ill-prepared line of defense allowed Russia to gain ground with great speed in southern Ukraine, allowing for what has so far been one of Russia’s most significant achievements – the occupation of Kherson. In and around the city, Western sources estimate that more than 20,000 Russian soldiers are deployed, accompanied by a large number of armored vehicles and anti-aircraft weapons. This is a very significant contingent of troops that does not allow Ukraine to advance as quickly as desired.

Conventional military theory suggests that Ukraine needs three soldiers for every defending Russian to make an offensive, but Russia has long occupied this territory and has made efforts to fortify it against future attacks. “Right now we don’t see how Ukraine will be able to gather the number of soldiers needed in the short term to carry out a conventional offensive operation north of the Dnieper River”, says Arnaut Moreira.

These aspects also indicate that the war is entering a new phase, in which it becomes less mobile and increasingly static, a bit like the First World War. “There was a change in the force of action”, guarantees Major General Agostinho Costa. Military circles refer to infantry as “the queen of battles” and reserve the role of “king of battle” to artillery. And, since they “want to avoid casualties”, this is exactly what happened on the Russian side: artillery began to gain an increasing focus in military operations, ceasing to have the role of initial support and becoming the focus of the military operations. Russian combat operations. Ukrainian sources estimate that Russia uses 60,000 artillery rounds a day, which requires large arms depots.

“All wars are logistical exercises,” says Agostinho Costa. These operations behind enemy lines “are part” of the war, underlines the major general. It is normal for two armies to try to hit important targets in the rear, in order to impede the progress of the opposing army. The Russian armed forces do this using high-precision intercontinental missiles, such as the Kalibr. However, these attacks are very expensive and are only used against military targets considered to be of high importance to the Russians. Each of these missiles costs six million euros. “Missiles of this value are not fired at a small building on any corner of a Ukrainian city. Especially because the decision to fire one of these ammunition comes from the highest leadership”, explains Agostinho Costa.

Russian ‘There seems to be complete sloppiness’ on one essential point

Although the situation has changed with the delivery of the Himars, Ukraine is still unable to reach the rear in depth using ballistic missiles that go beyond 80 km. This is where the special forces come into play. “Without ATACMS missiles, which hit targets up to 300 km away, Ukraine is left to use special forces”, highlights Major General Agostinho Costa.

Ukrainian HIMARS launching its payload of GMLRS rockets in the east pic.twitter.com/ZV0dkZov6O

This is where the new strategy announced by the Ukrainian presidential adviser comes in. “Our objective is to destroy logistical capacity, supply lines, ammunition depots and military infrastructure. We are creating chaos within their own forces”, explains the one who is seen as the third most powerful figure in the Ukrainian summit.

The chaos in the Russian rear will reduce the combat potential of the Russian army, with the destruction of warehouses and several decision centers. This is Ukraine’s military aspiration in the Kherson region, demonstrated by the destruction of bridges that allowed the provision of supplies to the 20,000 soldiers defending this region. For Major General Arnaut Moreira, a specialist in geostrategic, these logistical cut-off operations marked only “a first phase” of the campaign. Now, Ukrainian war efforts in this zone must be focused on the depots that supply these forces with ammunition, fuel and food. “This should allow Ukraine to take away Russia’s ability to move with mechanized units.”

For Arnaut Moreira, military actions by special forces deep inside the territory occupied by Russia, as well as other aspects of guerrilla warfare, should play an increasingly active role in the development of the conflict. This type of attack requires only a small number of soldiers and can be very cost-effective.

The military gains from these operations may not be enough to win the war, but Arnaut Moreira recalls that “wars are not won only in aspects of a military nature”. The ability to introduce a perception of insecurity in the populations will be a “fundamental element” for the course of the war: on the one hand, it “gives encouragement to the Ukrainian populations” who were imprisoned in this territory, on the other hand, it forces the Russian military leaders to have to to detach military forces that could be at the front of the battle to the rear regions. “So far, Russia has had no concerns about its rear area. This area was considered safe. This set of actions shows precisely the opposite – there seems to be complete neglect in the interior regions of the occupied territories”, considers Arnaut Moreira.

Another relevant aspect of these attacks is that they are impossible to hide, even for the Russian media machine – which is highly controlled. The attacks on the Saky airfield and the ammunition depot in Dzhankoi generated a wave of panic among residents and tourists in Crimea. According to official Russian sources, more than 100,000 people fled. Suddenly, the Russian media proved incapable of “hiding that there is a Ukrainian capacity to attack the interior of the Russian crown jewel”, changing the view of many Russians about what is happening on the ground.

“These actions have, in my view, the objective of carrying out the demoralization of Russian troops, of making them believe that victory is not possible, that they are too much there, that they are not wanted and that they will end up dying. Basically, to introduce doubt to Russian soldiers that their cause is not just and that victory will not come”, concludes Arnaut Moreira.

Previous Exclusive: B3 Bitcoin Futures Contract Will Use Hashdex and Nasdaq Index as Reference
Next “Sandman” and Robert Pattinson have an unusual connection for years. Know which one!