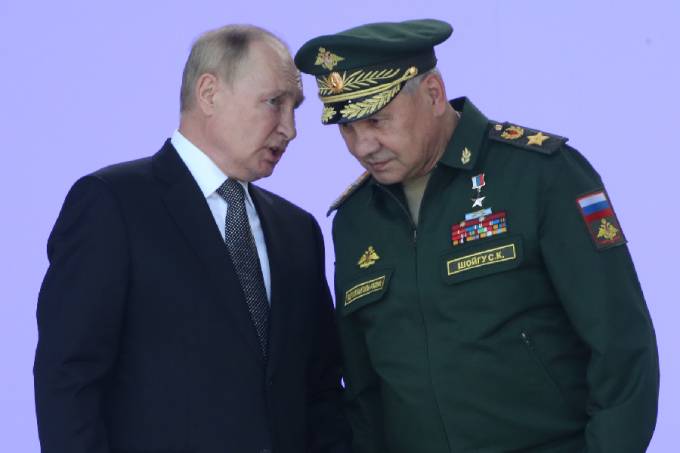 Explosions in Putin’s ‘backyard’ give new impetus to Ukrainian reaction

You can’t improvise a resistance force capable of doing what the Ukrainians did in Crimea – not just once, but twice.

In the first sabotage operation, the only way to reach the territory protected by a missile shield, a Russian Navy air base was simply decimated, with the destruction of at least ten – or even twenty – fighter jets and fighter planes.

Some analysts believe it was the biggest loss suffered by Russian aviation in a single day since World War II.

The images provided by satellite show a scene of mass destruction on the runway of the military airport, used for training Navy pilots, including those of the only Russian aircraft carrier, currently under repair.

Just as important, or even more important, in terms of psychological impact, were the scenes of Russians who were on the beach, enjoying their Crimean summer vacation, forced to flee in a hurry. It was the first, and bitter, “taste of war” given to Russian civilians who believed the government’s propaganda that they were perfectly safe in the resort, famous since before the Revolution, and had nothing to do with the “special military operation”. .

Yesterday, a new sabotage operation in Crimea blew up an ammunition magazine, indicating that Ukrainian special units are prepared to act repeatedly behind enemy lines, opening a front where Russian men and equipment are in an unexpectedly vulnerable situation.

It is clear that the heavy arm of the intelligence services will cause a lot of damage among suspected sympathizers for Ukraine in a territory that belonged to the country until 2014. And that the reprisals will be brutal: the Russia has the ability to fire land and sea missiles anywhere on Ukrainian territory.

Just a month ago, former president and now aspiring social media pitbull Dmitri Medvedev said that any attack on Crimea would trigger a “Doomsday”.

The explosions are part of a larger plan to recapture the city of Kherson, the most important Russian take since the February 24 invasion. Even if they wanted to, the Ukrainians are not in a position to use the Russian tactic of massive and constant bombing against their own citizens. Taking back Kherson will require a combination of means – including surprise operations like those carried out in Crimea.

A retaking of Kherson, disrupting the “Russian belt” in the eastern region of Ukrainewould change the direction of war?

Expert opinions are very divided, reflecting the fluid situation on the fronts and the complex political elements involved.

There are analysts who believe that Russian forces are close to exhaustion, with 80% of all their human and material might involved in the war in Ukraine, where they must deploy along a front nearly 900 kilometers long. For them, the loss of no less than 75,000 men, between dead and wounded, is practically irreplaceable, an astonishing calculation.

Even if there were to be mass recruitment – ​​which is prohibited by the Russian Constitution in the case of operations abroad, although everything can always be changed – the new fighters would need to be trained and integrated into a chain of command that is close to the edge. At the moment, the Russians need well-connected and targeted campaigns, not cannon fodder, although historically this has been their great differential.

Other experts look at the bigger picture: as in Game of Thrones, winter is coming and Europe will start to struggle to switch from Russian gas to an inevitably more expensive and scarcer alternative, which will eventually influence the mood of opinion. public and, consequently, that of their governments.

Javier Blas, commodities analyst at Bloombergwrote that Putin “is winning the energy war” and cashing in on oil price increases driven by the invasion of Ukraine itself.

He cites a number: oil production reached 10.8 million barrels a day, roughly the same level as before the war, but at prices that offer fewer discounts, with eager buyers in India, Turkey and other Asian countries.

Blas calculates that with the oil profit, Putin can afford not to sell the gas that the Europeans are cutting, while the electricity bill jumps 75% in the UK and more than 100% in Germany.

Putin’s situation is apparently so comfortable that he has returned to playing tricks on the geostrategic board, offering Russia’s “most modern” weapons to foreign allies.

He spoke during an arms fair where he even opened the stage for Defense Minister Serguei Shoigu, who disappeared from the map during the first months of the war.

Russia, he said, “sincerely values ​​the historically strong, friendly and trusting relations with countries in Latin America, Asia and Africa.”

Did you imagine a Venezuela equipped with hypersonic missiles, the jewel in the Russian arsenal that deceives all anti-aircraft batteries?

Let’s not exaggerate. But let us also not underestimate Putin’s boldness.

That is why so much depends on the resilience of the Ukrainians. The attacks in Crimea show how a smaller and less armed country can face a far superior enemy with planning, motivation and creativity. The stakes are very high.

Previous Windows 11 22H2: Update expected to be released in September
Next Shrek almost had the voice of Nicolas Cage! Find out why the star turned down the proposal – Film News