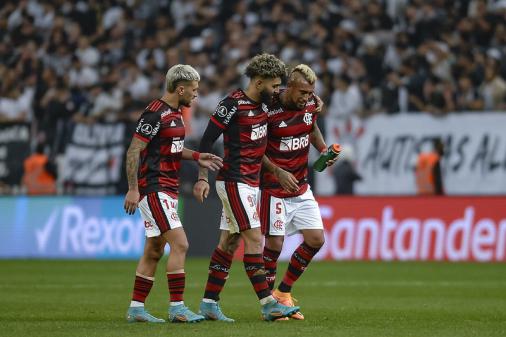 THE Transfer window has closed for Brazilian clubs on Monday, but remains open in the main football markets, including Europe. The fear of losing a player is real, but as far as the Flamengo, none of the big names in the cast will leave the Vulture’s Nest this season. That’s what football vice president Marcos Braz assured in an interview with “goal”.

– In this rest of the season, we will not lose any player who is sportingly important for our results. They don’t have this condition to take a player from Flamengo. Flamengo will be very tough, because what interests us, to Flamengo, is to be champion and to be fighting for titles – said Marcos Braz, before evaluating the movement of the club in the market in recent seasons:

– If you analyze the players that Flamengo bought, put the money in, or Flamengo has already sold for the same money or won much more. Gabigol, we paid and we’ve had a lot more. Pedro, we paid and got more. Michael, we pay and sell for the same. Arrascaeta, we pay and we don’t want to sell. We don’t care. Gerson, we sell for almost twice as much. We are doing our homework and we are charged a lot for it. President Rodolfo Landim is very tough in these situations, as he should be,” he said.

Fla does not think about selling stars (Photo: Marcelo Cortes/Flamengo)