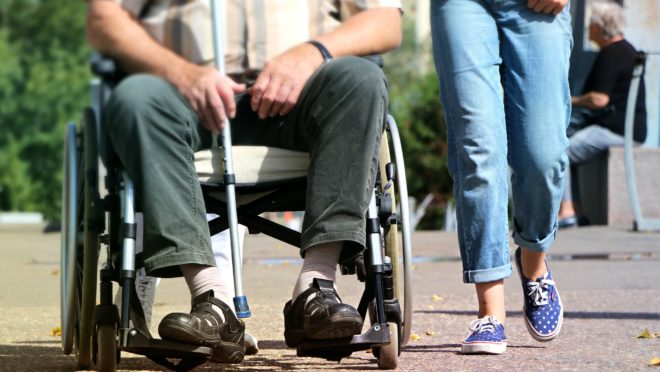 How Canada’s Euthanasia Law is Killing the Disabled and Poor

It was not for lack of warning that, in 2015, the Supreme Court of Canada decided to ignore more than two decades of jurisprudence, overturning the unconstitutionality of the practice of euthanasia in the country. In the document that issued the decision, the judges explicitly and consciously dismissed the fear that the measure would open a “slippery loophole for the murder” of vulnerable people – a concern, according to the Court, supported by “anecdotal examples”. The following year, Parliament would pass legislation allowing assisted suicide “only” for terminally ill victims whose natural death would be “reasonably predictable”.

As a result, in 2017 alone, almost two thousand Canadians made use of the new law, which, in 2021, was amended with the repeal of the criterion (arbitrary in its origin, by the way) of “predictability” and terminal condition. of the patient. As of last year, therefore, anyone who suffers from an illness or disability that cannot be alleviated “under acceptable conditions” – whatever those conditions may be – is eligible to be killed free of charge, with medical care. Six years after euthanasia was legalized in the country, human rights activists realized that the measure actually poses a risk to the disabled, the mentally ill and, especially, the poorest.

It is ironic, after all, that when justifying the decriminalization of assisted suicide, the Canadian Supreme Court mentioned “anecdotal examples”, since these are what is not lacking in the media when the public debate deals with the issue of the inviolability of human life. . While abortion, for example, takes on the air of a “fundamental right” in the face of tragic cases of teenagers pregnant with rapists – as if they were the only ones who arrive at clandestine clinics -, euthanasia takes on a “dignified death” as if the decision of taking one’s own life was the unequivocal result of a conscious reflection, made by people who had access to countless resources in the struggle for life, without success.

This did not appear to be the case for Canadian Alan Nichols, who was hospitalized in June 2019 at age 61 with a history of depression and other medical issues. Within a month, Nichols had submitted a request for euthanasia and was killed, although his family and one of the nurses involved in the treatment had raised concerns about his real level of consciousness in the face of the process to which he was subjected. “Alan was basically sentenced to death,” argued his brother, Gary Nichols. For this reason, the family reported the case to the police and health authorities.

Year after year, new “isolated cases” reach the authorities: a recent article in The Spectator magazine narrates the occasion on which the family of a 35-year-old disabled man who resorted to euthanasia arrived at the place where the patient lived and found urine and feces on the floor, including beside the bed where the patient is. As the author of the article, Yuan Yi Zhu, a researcher at Nuttfield College, ironically, if the assisted suicide law is about “prioritizing the individual autonomy of Canadians”; “One might ask how much autonomy a handicapped man lying in his own filth had in weighing death over life.”

Other cases caught the attention of the international press, such as that of an Ontario resident with a rare type of allergy who chose to die because she did not have access to adequate housing for her health needs. “The government sees me as disposable trash,” she declared in a video recorded eight days before her death. Another Canadian resorted to the measure because her Covid-19 treatment debts drained her resources to pay for treatment that made chronic pain bearable. It’s worth noting that under Justin Trudeau’s government, college students received financial aid of up to $5,000 during the pandemic, while the disabled received around $600.

Currently, assisted suicide is also allowed in Belgium, the Netherlands, Colombia, Luxembourg, New Zealand and Spain, in addition to several states in Australia and the United States. Canadian law, however, is especially permissive: contrary to what happens in Belgium and the Netherlands, for example, Canada does not have committees responsible for analyzing potentially worrying cases. There is also no restriction for doctors to suggest euthanasia to patients who have not yet requested it, which is expressly prohibited in other countries.

Amid the escalation of suicides on demand, the country is preparing to take even more “daring” steps: led mainly by the group Dying With Dignity [Morrendo com Dignidade]there are already ongoing discussions for “mature minors” to be covered by legislation, in addition to the inclusion of mentally ill patients as “eligible” for “dignified death”.

“Canada’s generously subsidized media, with a few honorable exceptions, have expressed remarkably little curiosity about the overt social murder of citizens in one of the richest countries in the world,” notes Yi Zhu. being accused of being ‘unprogressive’ for questioning the new culture of death, a fatal accusation in intellectual circles”.

Putting an end to the life of an unborn child or an elderly person in his final days is, in itself, an evil that attacks human dignity, since it cannot be conditioned to any arbitrary criterion, as explained in the convictions of People’s Gazette: “When we speak of human dignity, we are referring to something that is intrinsic: it comes from the very fact of being human, it comes from within. It is not granted – nor withdrawn – by anyone: not by those around us, not by the State, not by culture, not by social consensus”. This continues to apply “even when the exercise of their autonomy cannot be fully exercised; think, for example, of people whose situation prevents them from making choices, such as a patient in a coma or someone so immersed in drugs that he has lost control of himself. They are no less worthy, less “people”, than anyone else.”

Our convictions: The dignity of the human person

The severe consequences of violating these values, however, are not always felt equally. “In order for democracy not to become tyrannical, society needs to rely on certain non-negotiable principles. If these principles are not people’s fundamental rights, this vacuum is occupied by something else and, in the world we live in, the tendency is that be occupied by money. In this logic, the market is not simply free from an economic point of view: it becomes the very criterion of social life. This process of objectification is naturally very perverse, but it does not affect everyone equally: the dignity of the weak will be the first to be attacked and mutilated”, explains philosophy professor Pedro Ribeiro, president of the political movement Comunhão Popular.

For this reason, in Portugal, where Parliament has just approved the decriminalization of euthanasia, even the left opposed assisted suicide — the Social Democratic Party and the Portuguese Communist Party voted against it.

“The PCP’s opposition to euthanasia has its foundation in the preservation of life, in the call for technical and scientific advances (including in medicine) to ensure an increase in life expectancy and not to shorten it, in the dignification of life in life. It is this consideration of the intrinsic value of life that must prevail and not the valuation of human life in terms of its usefulness, economic interests or debatable standards of social dignity”, says the official note of the PCP. Apparently, this is a reflection that escapes Canadian social justice activists. Or, for part of the vulnerable population, it may arrive too late.

Previous Marcelo needs to race against time to fulfill his wish after leaving Real Madrid; newspaper indicates surprising destination for the star
Next 10 movies inspired by comic books