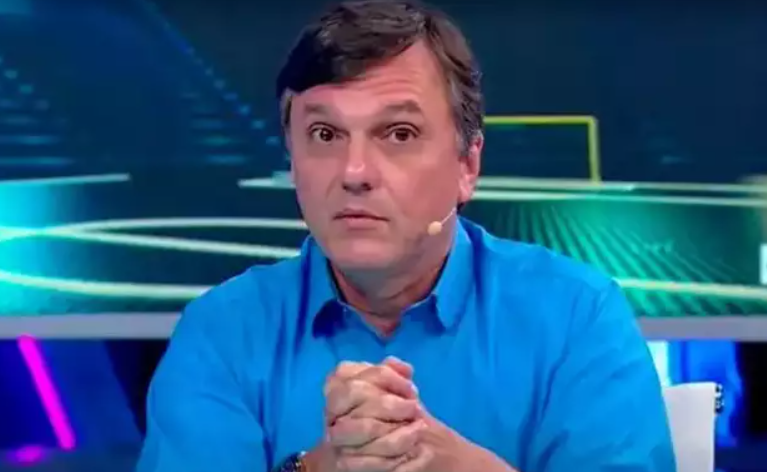 Mauro Cezar Pereira pins semifinalists in the Copa do Brasil

The first semifinalists of the Copa do Brasil will be defined today. In Curitiba, Athletico x Flamengo make the most balanced duel of the moment, since the two teams tied in the first match, in Rio de Janeiro. An increasingly hot rivalry between the red-blacks, the soon-to-be game promises strong emotions.

In São Paulo, Corinthians tries to reverse a two-goal lead by Dragão. Under pressure, the São Paulo team knows that the Copa do Brasil is currently the only real possibility of a title in 2022. In the event of a new elimination, the crowd’s demand tends to be greater.

Fluminense and São Paulo took the lead, but in a minimal way. The difference is that cariocas will decide a place in their domains. While Tricolor Paulista will go to Belo Horizonte to try to hold América-MG.

During live on YouTube, journalist Mauro Cezar Pereira hushed about who will be classified in the Copa do Brasil. According to him, Flamengo (1 x 2), Flumienense (2 x 2), Atlético-GO (2 x 1) and São Paulo (1 x 1) advance.

On the rise since the arrival of Dorival Júnior, Flamengo will not be able to count on maximum strength, Expelled at Maracanã, David Luiz is suspended. In his place, Fabrício Bruno is chosen. Thiago Maia, also suspended, will be replaced by Vidal.

Unlike Felipão, who doesn’t have big problems and must send the best he has to the field. It is worth remembering that the team that qualifies for the semifinals of the Copa do Brasil will receive R$ 8 million in prize money.

With the support of Fiel Torcida, Timão promises to fight hard to get the classification. On the other hand, if the vacancy goes to Goiás, the charges on Vitor Pereira should increase.

Both teams are experiencing favorable moments in the season. The defeat to Inter came after a long unbeaten streak. Just like Fortaleza, which reappears in the Brasileirão and has confidence at the top.

With four straight wins in Serie A, Coelho also wants to advance in the Copa do Brasil. On the other hand, Tricolor do Morumbi is confident of reaching the semifinals.