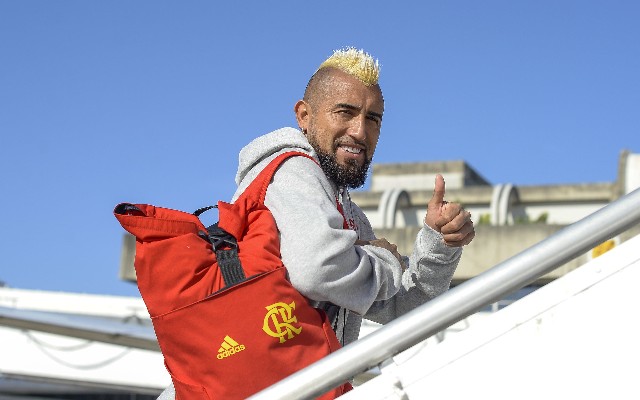 Flamengo has already accumulated ten games without losing, with five consecutive victories. Such credentials reinforce the statement that Mengo is packed for the season. To remain on the rise, Mais Querido needs to beat Athletico-PR, this Wednesday (17), and advance to the semifinals of the Copa do Brasil. However, Dorival Júnior needs to make two changes, but the base team that has been used in recent matches remains the same.

It’s decision night! In Paraná, Flamengo faces Athletico, for game 2 of the Copa do Brasil. It’s win or win! ⚔️🛡️

The Most Beloved must go to the field with the best. See the likely lineup. #columnadofla pic.twitter.com/7L5ozdJoEF

The two changes Dorival needs to make are due to suspension. Soon, David Luiz and Thiago Maia leave for Fabrício Bruno and Arturo Vidal to enter. In the rest of the squad, the trend is for the coach to keep the other nine players who were in the first leg, at Maracanã, which was 0-0.

In addition to the two suspensions, Rodrigo Caio (knee treatment), Bruno Henrique (knee treatment) and Diego Alves (pubic treatment) are also out. The newly signed Erick Pulgar and Guillermo Varela, it is worth remembering, were not regularized in time and will not make their respective debuts in the quarterfinals of the Copa do Brasil.

It is also worth mentioning that Athletico-PR still tried to take Arrascaeta and Gabigol out of the confrontation soon. The athletics board denounced the two flamenguists for ‘violent conduct’, but the Supreme Court of Sports Justice (STJD) acquitted the athletes, in a trial held last Tuesday (16).

Flamengo even arrived in Curitiba early on Tuesday night (16), and will face Athletico-PR from 9:30 pm (Brasilia time) this Wednesday (17), at Arena da Baixada. The next game is the return of the quarter-finals of the Copa do Brasil. Having drawn 0-0 in the first leg, Mais Querido needs to win to reach the semifinals. In the case of another equality on the scoreboard, the decision will be on penalties, but in the scenario of a Flamengo defeat, the team from Paraná will pass.