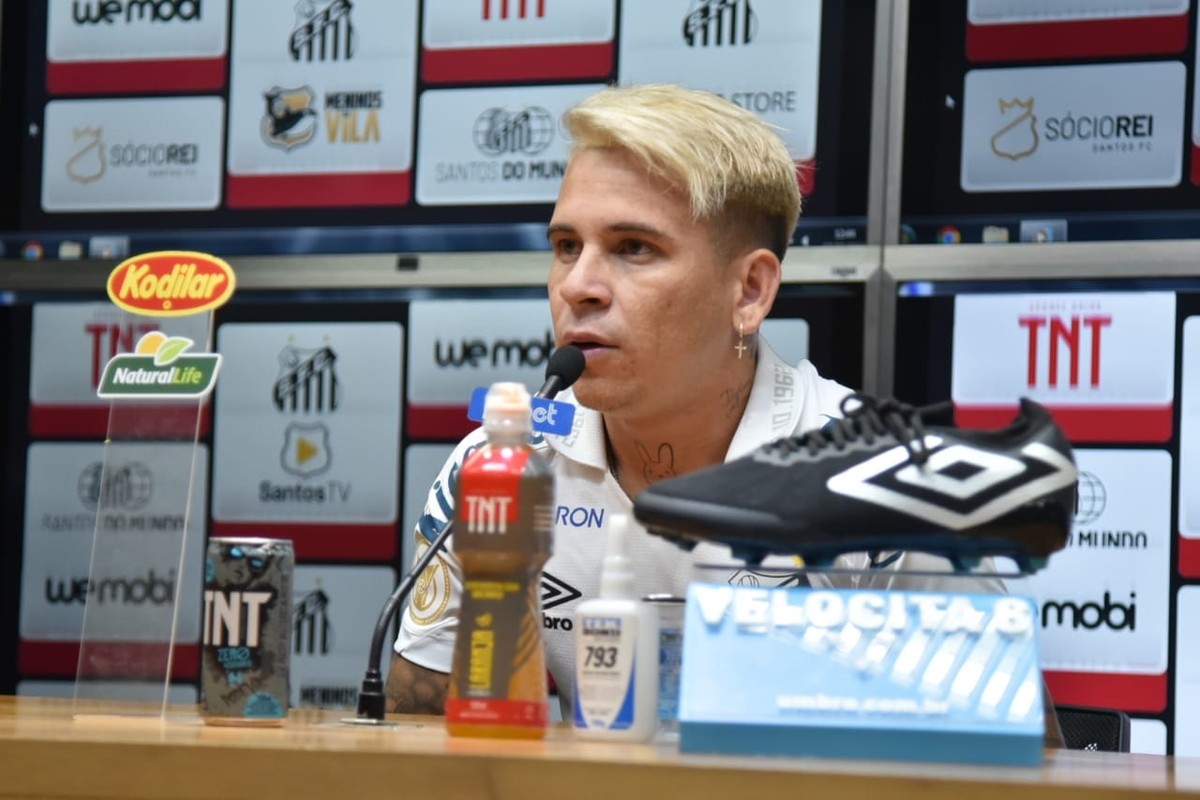 Back at Santos, striker Soteldo said he ignored other proposals because of the love he feels for the Vila Belmiro club.

The player, who left Santos at the beginning of 2021, was presented this Wednesday at Vila Belmiro, and said that he did not intend to defend another team in Brazil, despite having received offers.

– (What made me come back was) the love I have for the club is very big. When I left, I was sad. But I knew it would come back. There’s nothing like going back to the team I was happy with. There were many proposals, but I could not play in another team in Brazil, this one is the biggest – declared Soteldo.

Among the clubs that sought the signing of the Venezuelan is São Paulo, which sought him out at the beginning of the season, when Soteldo was still defending Toronto – he then went to Tigres, from Mexico, who loaned him to Santos until July 2023. .

The striker was evasive when asked about his rival’s interest:

“I never spoke to them, or anyone else. I personally don’t. Nothing came to me. I don’t know if there was a lot of speculation, but I said I was going to come back here when I spoke to my representatives. Now I’m here, happy, I arrived at the right place – he said.

Coincidentally, São Paulo will be the opponents of Soteldo’s probable re-debut at Santos. The player is already regularized and said he is ready to play, available to coach Lisca.

– I’m fine, training very hard, adapting to my teammates. If he needs me to play early in the game, I’m ready. Otherwise, I’ll be ready to go back.

The striker said the crowd can wait for Soteldo who played for Santos, despite lackluster spells at Toronto and Tigres. And he commented on the changes at the club, just over a year after leaving.

– Very different now. Almost all my teammates from the Libertadores final left. Have to renew. There are many boys who are growing up. The club is more organized. That’s nice. I didn’t have that when I was here.

Previous The shirt dress that is synonymous with happiness is discounted at Massimo Dutti – New in Oeiras
Next Acer announces Chromebook 511 in Brazil with Snapdragon 7c, tough build and 4G LTE support