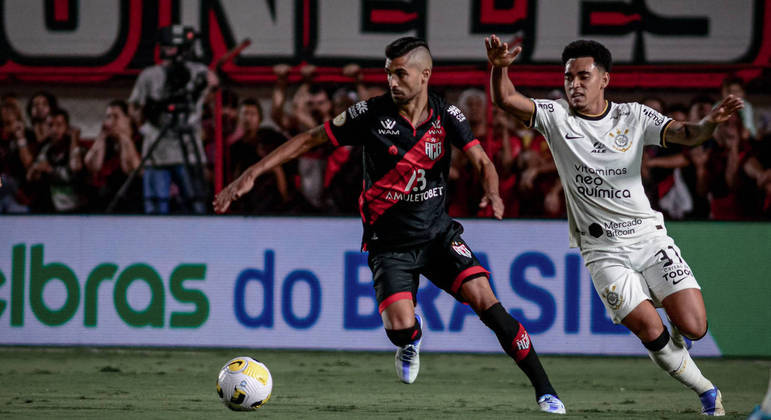 
Corinthians and Atlético-GO decide one of the semifinalists of the Brazil’s Cup this Wednesday (17), at 9:30 pm (Brasília time), at Neo Química Arena.

The advantage is all of the goianos. In the first game, Dragão won 2-0 against Antônio Accioly. To qualify, Corinthians will have to win by three goals difference or two and take the dispute to penalties. Goiás qualify with a one-goal defeat, draw and victory.

Corinthians comes from defeat in Brazilian for the palm trees by 1 to 0. The Goiás tied with Botafogo 0-0, at Nilton Santos.


Vítor Pereira will not have Rafael Ramos, who was injured against Palmeiras. Fagner resumes the right-back. Maycon follows out. Since the arrival of the Portuguese coach, Corinthians has only managed two wins against Serie A teams by the difference of three goals.

It was 3-0 against Avaí in the Brasileirão (with three from Róger Guedes), and 4-0 over the saints for the Brazilian Cup.

Atlético-GO has embezzlement. Klaus, Camutanga, Rhaldney, Willian Maranhão, Kelvin and Churín do not play because they are not registered for the Copa do Brasil. Arthur Henrique and Shaylon, who did not play in the last game, are available. Jorginho will be reevaluated and it is doubtful.


CBF lists 18 young people with the potential to be ‘the best in the world’; meet the players