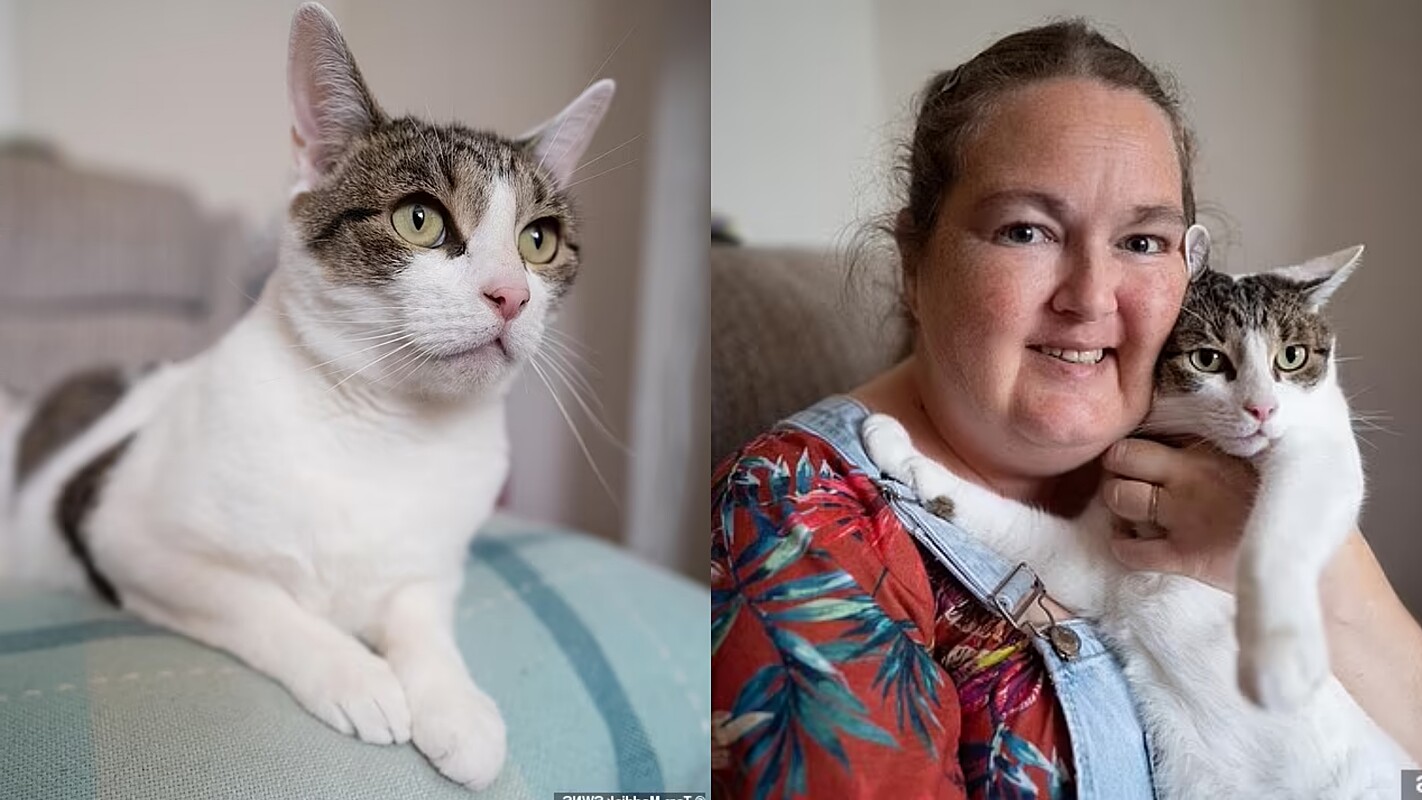 Billy is the name of a hero. This hero has no cape, but four legs. He lives in the city of Nottingham, England. And he saved the life of his owner, Sam Felstead, 42. She fell ill during the night and the cat hit her chest to wake her. The action was essential for her to realize her state of health and seek medical attention in time.

The woman was having a heart attack. It was around 4:30 am when she was woken up by her seven year old cat. When trying to get up, she noticed that she could not move her body and had a sharp pain in the right side of her chest. She gathered her strength and managed to call her mother, Karen Felstead, for help.

Hastily, she was taken to the hospital. There the doctors said that she had a heart attack while sleeping. Therefore, Sam believes that the feline saved her life.

Upon learning of the diagnosis, she was shocked, as the day before, she was willing and took a long walk with her dogs. Feeling no pain, she went to bed and lay down.

“Suddenly, I woke up at dawn covered in sweat and couldn’t move. Billy was on my chest and meowing loudly in my ear,” she said.

According to the Daily Mail, the woman claimed that Billy never acted that way. On the contrary, he has a habit of sleeping, “he sleeps all day and all night, that’s his life. He wouldn’t let me,” she said.

“He never woke me up the night before, he never bothers me. He doesn’t wake me up to eat.”

Karen was terrified to be woken up like that. And even more shocked to learn that Sam’s life was saved, because of Billy’s attitude. “You don’t hear about it with cats,” she said.

“I’m glad he woke me up. Who knows if I had woken up without him, it might have been worse for me.”

After being called, Karen soon called for help. The ambulance arrived two hours later. Doctors discovered that one of Sam’s arteries was blocked, which caused the heart attack. Sam was hospitalized for three days. And when she returned home, the cat was indifferent to her presence.

And even with the indifference, the woman did not stop offering him love. For who knows what would become of her if it weren’t for Billy. “He’s the same now, I just try to give him a little more love,” she said.

Cat behavior expert Lucy Hoile said Billy may have noticed the physiological changes in his owner. “It could be that the fact that he jumps on her and is meowing is a sign of her anxiety,” said the specialist.

“I believe he probably saved her life because that’s what allowed her to get medical help, but I wouldn’t say he did it on purpose.”

Billy is a true hero! He deserves to be loved by his family and, of course, to get lots of treats.