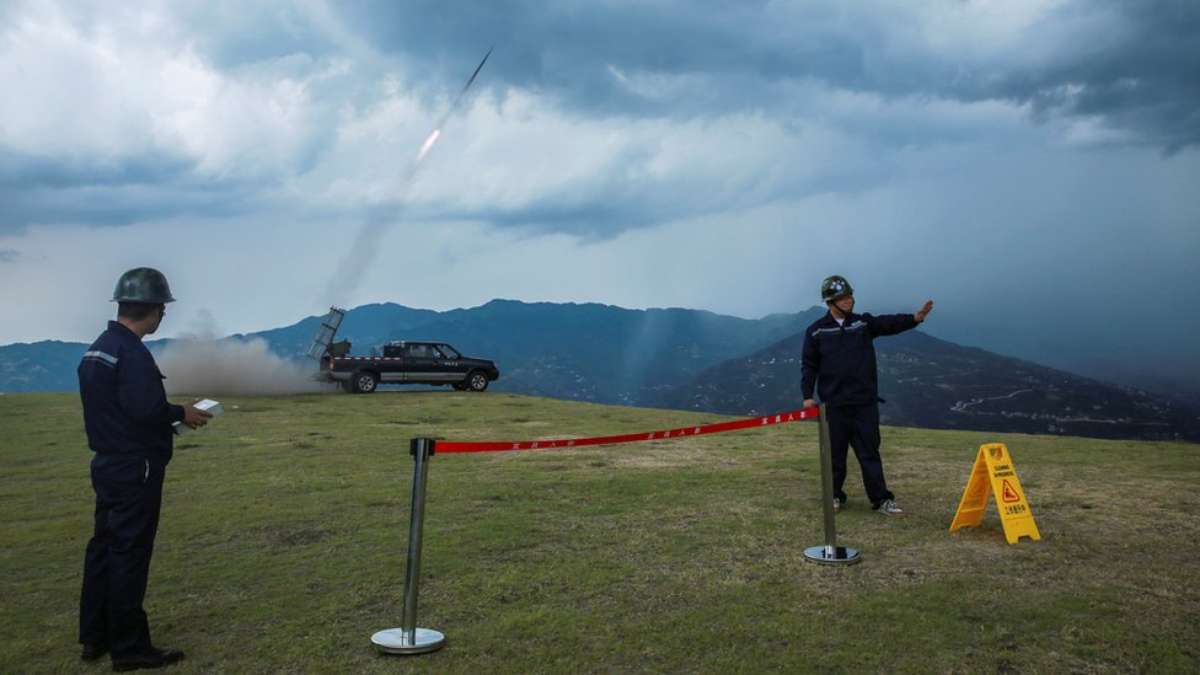 Chinese officials are trying to induce rain in parts of central and southwestern China amid a severe drought and record heat wave.

The Yangtze River, Asia’s longest waterway, is now at record low levels. In some stretches, there was less than half of the usual rainfall.

At the same time, an increase in demand for air conditioning has put energy companies under extreme pressure. The two-month heat wave is the longest on record in China, according to the National Climate Center.

Provinces around the drought-stricken Yangtze River have resorted to cloud seeding operations to combat the lack of rain, with Hubei and several other provinces launching ‘rockets’ carrying chemicals into the sky, according to local media.

But the lack of cloud cover has stalled efforts in some areas seeking to do the same operation.

Meanwhile, temperatures in Sichuan and neighboring provinces have exceeded 40°C.

In this context, government offices in Sichuan were asked to keep air conditioning levels at no lower than 26°C, according to the Sichuan Daily, quoted by the Reuters news agency. Workers were also advised to use stairs instead of elevators whenever possible.

Millions of residents have also been hit by blackouts in the province. In the city of Dazhou, home to some 5.4 million people, blackouts last up to three hours, local media reported.

Reports are that factories in the province have been forced to cut production or stop work as part of emergency measures to redirect power supplies to homes.

– This text was published in https://www.bbc.com/portuguese/internacional-62589828

Previous 5G signal will be released in four more capitals from Monday, says Anatel | Technology
Next Bob Hair: We Discovered the Trick for a Full Celebrity Cut | Hair