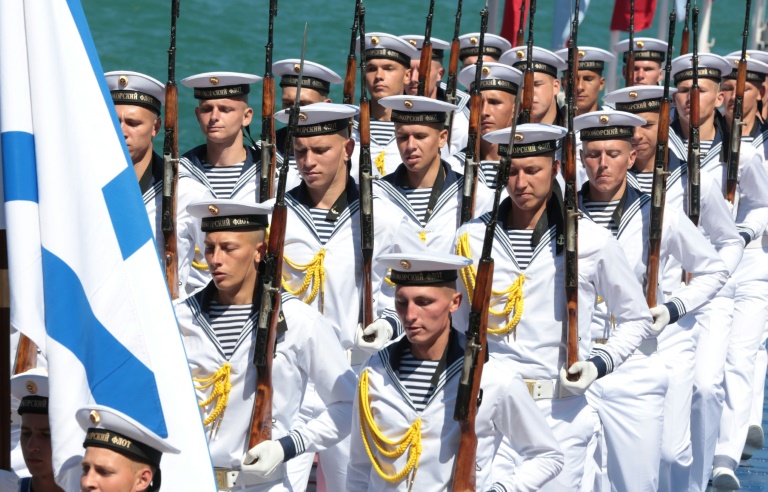 Two attacks on Russian military bases in Crimea in the last week have boosted Ukrainian morale and put Russia under pressure eight years after Moscow’s humiliating annexation of the peninsula.

The Russian Defense Ministry announced on Tuesday that a “sabotage action” produced a series of explosions in an ammunition store near the village of Dzhankoi, and also caused damage to a railway.

Ukrainian authorities did not claim responsibility for this attack, but Presidential Chief of Staff Andriy Yermak spoke on Twitter about a “demilitarization action” by the Ukrainian armed forces, using the same terminology that Russia uses to justify the invasion.

This incident came a week after another attack on a Russian air base in Crimea, which was described as a “well-prepared special job” by a Ukrainian official who declined to speak his name.

For analyst Oliver Alexander, these attacks, which he believes may have been carried out with ballistic missiles, are undermining Russian morale and raising the spirits of the Ukrainian side.

“Crimea was a relatively safe place for the last six months, but that is not so anymore. This increased the pressure on the Russians,” Alexander explained.

Concern is also growing among Russian tourists visiting the region, known for its beaches.

On the other hand, the adviser to the Ukrainian presidency, Mikhailo Podoliak, called for the “dismantling” of the Kerch bridge, which opened in 2018, and which links Russia with the peninsula from the east. This heightens fears in Moscow that it will become a legitimate military target.

The Institute for the Study of War in Washington, United States, explained that the target of Tuesday’s attack was a key supply center for Russian troops in southern Ukraine.

Experts say last week’s attacks are part of “a coherent Ukrainian counteroffensive”, cutting off supply lines along the Dnieper River.

Ukraine says it has regained control of dozens of villages on the southern front and destroyed strategic points such as bridges.

There were also explosions in cities occupied by Russian troops, believed to have been carried out by saboteurs.

The UK Ministry of Defense said these actions would raise the concern of Russian commanders in Crimea as the peninsula functions “as a rear base” for the offensive.

In the opening hours of the invasion, Russia used the peninsula to advance into southern Ukraine and take Kherson, the largest Ukrainian city under its control.

This also allowed Russia to create a land corridor between southern and eastern Ukraine that had been controlled by pro-Russian rebels since before the war.

As the conflict progresses, many Ukrainians are not content just to regain pre-invasion positions, but also want Crimea.

“Most citizens of the terrorist state [Rússia] They begin to understand that Crimea is no place for them,” Ukrainian President Volodymyr Zelensky said in his daily message on Tuesday.

Previous Rooney blasts Mbappe’s attitude towards Messi at PSG
Next “It was happening on the outside”; Gil sends the real about Willian’s ‘controversial’ departure from Corinthians