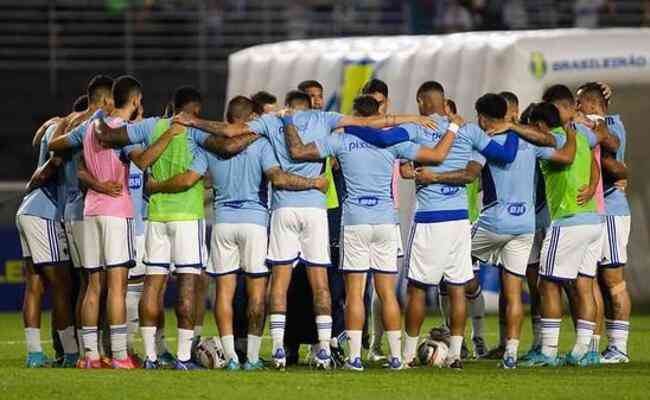 Cruzeiro estimates savings of R$14.1 million over the next two years with player layoffs or negotiations during the last transfer window. There were 16 departures – eight in the main squad and another eight in the under-20 category.

“Within professional football departures, we had eight departures, between negotiations and loans. This impacted, for the club, in financial terms, R$ 11.3 million over the next two years”, began the club’s football director, Pedro Martins.

“So, as we’ve been saying, the club needs to protect the financial aspect and analyze what can be paid and what can’t,” he continued.

Cruzeiro closed the transfer window with

Among those trained at Toca da Raposa, the club dismissed athletes like Riquelmy, Miticov and Vitinho, who had space in the professional squad in 2022. The measure was even criticized, but Pedro Martins explained that the decisions were based on a plan made by the board .

“In the under-20, there were also eight departures of athletes. We can raise a value of R$ 2.8 million in the next two years. It is a considerable amount for a under-20 category”, he said.

“We made important changes in the under-20 category. We tried to analyze the contracts, the cost that many of these contracts had for the club and the profile of the athletes”, he pointed out.

“We are looking at all categories, analyzing the under-14, under-15, under-17 and under-20. Within this process, we are analyzing the player’s profile, the future potential that this athlete has and also the alignment that all these categories will deliver”, he continued.

“This takes time and will make Cruzeiro, over the years, manage to regain its place as a protagonist also in the process of training athletes. It doesn’t mean that Cruzeiro will not invest in the training categories, quite the opposite” , said.

“We will allocate resources in the right place. We want to work with short categories and analyze the potential in detail to be able to offer the best possible conditions for the development of high performance athletes”, added the manager.

Previous The workout of just 4 exercises that Jessica Alba does to stay in shape – New in Oeiras
Next NUBANK: Learn how to anticipate payment for purchases in installments