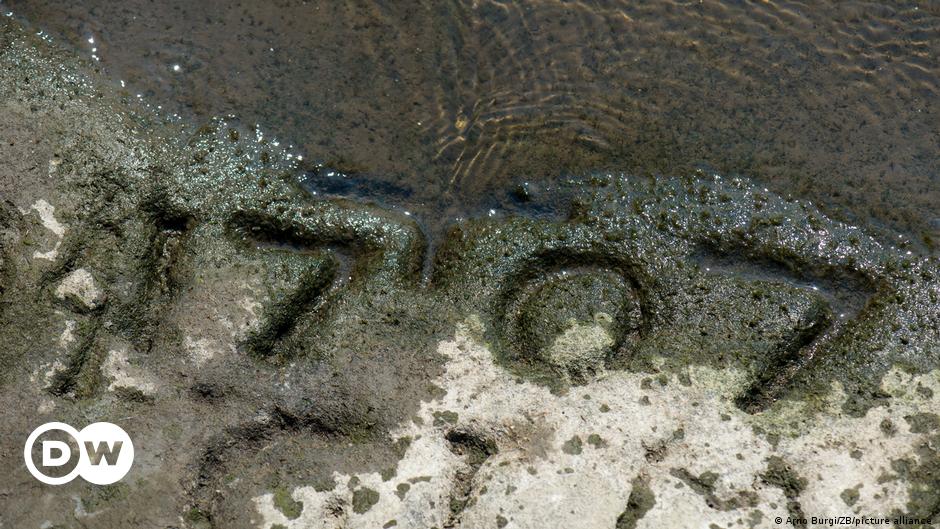 Severe drought in Germany this year is exposing so-called Hungersteine (hunger stones), which contain warnings dating back centuries about the risk of famine that used to accompany low rivers.

“If you see me, cry,” reads the inscription on some of the stones that can now be seen again and are part of a tradition that began in the 15th century.

In the past, travelers and residents of these regions had fewer technological resources to face prolonged droughts, which resulted in crop loss and interruption of river transport of essential goods.

dozens of Hungersteine were found this year in Saxony, in eastern Germany, according to the newspaper Sächsische Zeitung. Usually those who wrote the notice also noted the date of the drought.

On the Elbe River, the oldest inscription dates from 1417. In the following century, many identified the famine stones in new periods of drought and recorded the year on them. Some of Hungersteine that appeared this year in Germany were completely forgotten.

Currently, the problem of drought is not so much the threat to agriculture, but the impact of low river levels on river transport, which, according to the Confederation of German Industry (BDI), is a threat to supply chains that can affect the entire the economic activity.

In addition to problems for the industry, this also poses an ecological threat. Rising water temperatures and decreasing river depths create a toxic combination for fish and other animals.

“We have little water on the Rhine because of the drought. In addition, we have high water temperatures, and the combination of the two factors is toxic for the inhabitants of the Rhine,” climate expert Karsten Brandt told the German magazine. Der Spiegel.

According to Brandt, what is happening now is what models of climate change have been predicting for years, with droughts becoming more frequent, including in Germany and Central Europe.