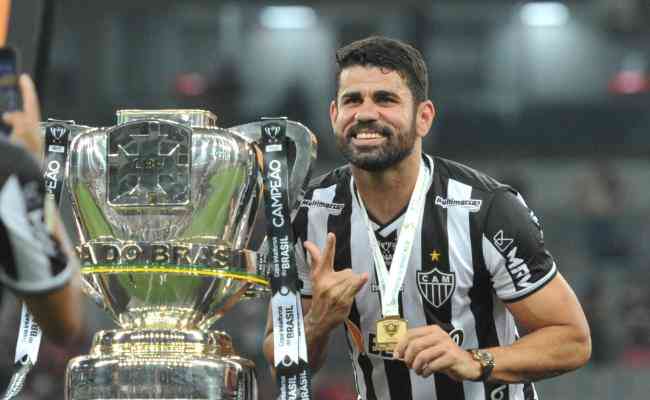 Diego Costa, former Atlético striker in the 2021 championship season, is expected to sign a contract to return to European football by the end of this week. The negotiations are with the Spanish club Rayo Vallecano. The player’s staff already has a verbal agreement signed with the entity and is just waiting for the signature of the contract.

With a passage through Spanish football, in 2012, Diego Costa defended Rayo through a loan. At the time, he belonged to the Atltico de Madrid. The striker must sign the new contract by Sunday (21/8). The information on the negotiation was provided by journalist Thiago Fernandes, from the Goal portal.

Since leaving Galo, Diego refused Corinthians’ proposal and already had the desire to return to European football. Now, with the proposal from Spain, the trip with the agents to arrange the contract and carry out the exams will take place in the next few days.

passage on the Atlantic

Even with the titles of the Brazilian Championship and the Copa do Brasil, Diego Costa did not establish himself as Atltico’s idol. There were 19 games, five goals and one assist.

The player’s departure at the end of the season was due to the fact that his daughters did not adapt well in Brazil. The agreement with the club was amicable, and the striker claimed to keep in touch with part of the Atletico squad.

Previous Brazil is not the 13th economy in the world, as Lula said
Next Carabajal justifies departures in the 2nd half and guarantees arriving at Santos “very well physically”