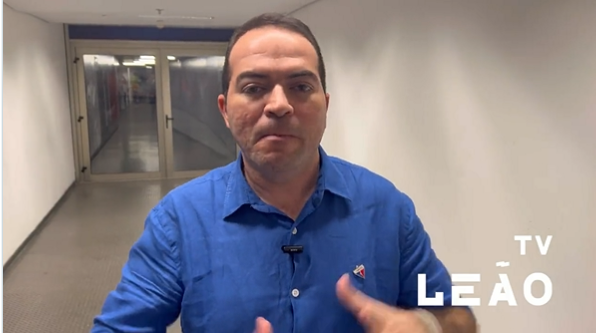 Fluminense is in the semifinals of the Copa do Brasil. After losing 2-0 at Maracanã, on Wednesday, they sought a 2-2 draw (they had sold the first leg 1-0) and advanced. After the match, the president of the club from Ceará, Marcelo Paz, made a statement in which he detonated the arbitration led by referee Wilton Pereira Sampaio (Fifa-GO).

In the president’s view, there were a series of mistakes against his team and he defined the situation as “absurd, but predictable”. For Paz, the penalty converted by Ganso didn’t happen and Cano could be offside (questioned the VAR technology).

The Fortaleza representative also rescued the bid from the first game, in which his team would draw and again the VAR caught offside. On the other hand, they “forgot” that on the first leg, Fluminense had a goal by Nonato disallowed, in which the video referee himself rescued Germán Cano’s foul in midfield. Nor did he remember that Fortaleza’s first goal at Maracanã comes after Wilton Pereira ignored an obvious foul on Jhon Arias in the attacking field. After the goal kick out (instead of the foul for Flu), the Ceará team opens the scoring at Maracanã. Watch the president’s speech on video and draw your own conclusions: